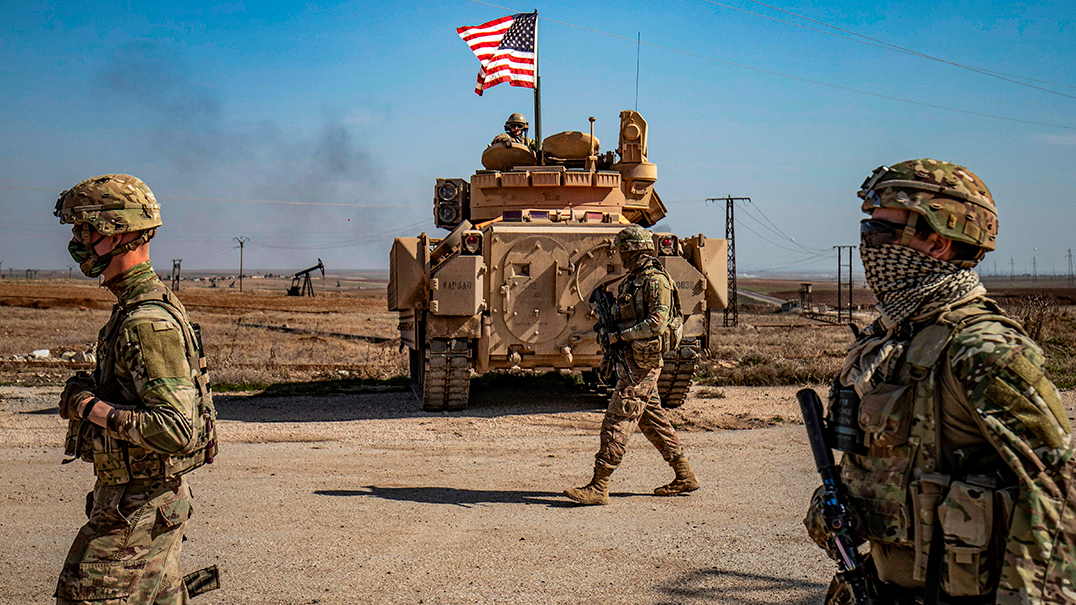 Dissatisfaction with the presence of US forces in Syria has transcended the areas under government control in Damascus, and spread to the Kurdish-occupied Deir Ezzor governorate.

Lebanese daily newspaper Al-Akhbar reports that protests against the US have expanded to the countryside of several governorates under the leadership of the Kurdish Syrian Democratic Forces (SDF), threatening the status quo in favor of the popular resistance.

Simultaneously, an increase in the interception of US military convoys was noted in the area, signaling a shift in dynamics, as well as a local discomfort among the Arab tribes of the area about the presence of foreign forces on their land.

However, the resentment against the US is a result of its support of the SDF northeast of the country, where it has complete control. Meanwhile, the Kurdish leadership has failed to invest the wealth it accumulated to improve the livelihood of the locals.

Additionally, the tribes accuse the US-backed Kurdish rule of marginalizing Arab tribes and enforcing a military rule that has persecuted many innocent people under bogus accusations.

Throughout 2022, the Syrian Arab Army (SAA) has blocked several US convoys in Tal Dahab, Al-Damkhyah, and Qabr al-Gharajneh. On 3 November, a convoy in Jadid Bakara, in the eastern countryside of Deir Ezzor, was blocked for the first time.

The convoy was pelted with rocks as locals chanted anti-US slogans, marking the beginning of a wave of pre-planned civil resistance against the SDF and US forces.

Tribal sources revealed to Al-Akhbar that “Jadid Bakara locals intended to deliver a message to the US leadership in Syria and become vocal about their intention to force them out of the area.”

They added that the convoy was not blocked by chance, but rather it was premeditated and planned, and this will continue to occur, as the presence of foreign forces is no longer justified.

Reportedly, representatives of the US forces have established contact with the tribes, justifying their presence with the excuse of ‘fighting ISIS.’ However, their reasons were ridiculed, as ISIS militants continue to roam the area undeterred.

Moreover, the tribes accused the US of stealing their oil, and then smuggling it outside the country, consequently becoming a major factor in the poverty they are suffering from.

New footage of a US military convoy smuggling stolen oil out of Raqqah, Syria.

The US army has been consistently looting the country's oil and smuggling it into their Iraq bases.