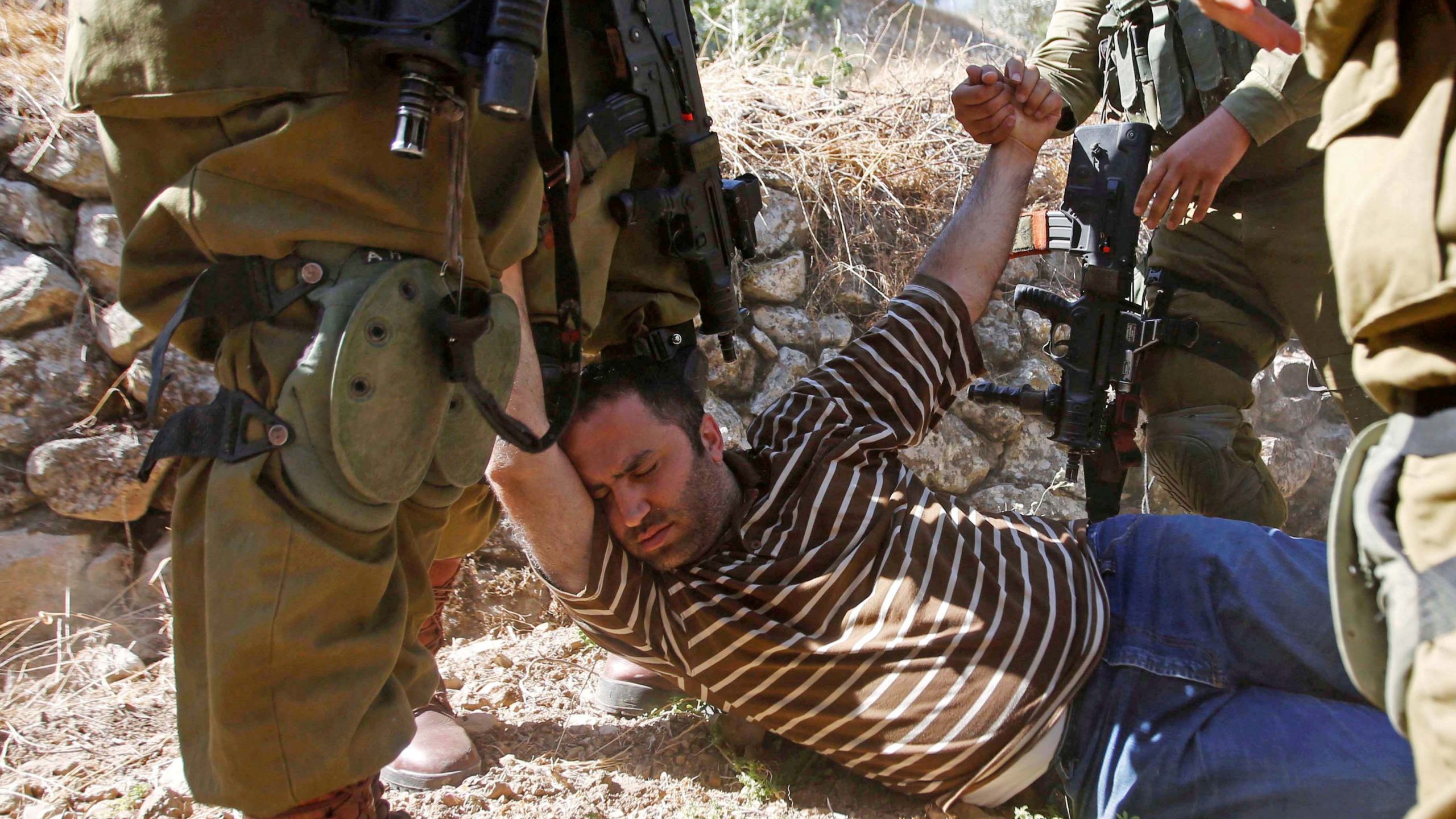 In a statement posted on Twitter, Palestinian activist Issa Amro tweeted that the Israeli army cordoned off his house in a bid to silence him, and eventually, end his efforts in documenting their violations.

“They don’t want me to speak to foreign and Israeli audiences about the apartheid and the Israeli occupation,” Amro said.

Israeli newspaper Haaretz reported that army Brigade Commander, Yehuda Yishai Rozolio, has taken the decision to turn Amro’s house into a closed military zone, barring everyone except Amro from entering the compound.

The decision also targets the “Youth Against Settlements” activist group that operates from Amro’s house. The organization plays an instrumental role in rallying locals to participate in non-violent protests and civil disobedience.

In response to the decision by the Israeli army, lawyer Michael Sfard will represent Amro at an Israeli court to request a criminal investigation into this decision and the abuse of power by Rozolio.

“The order is so arbitrary that there is no doubt that [it was not the product of] good faith. It was not directed at the person who has been disturbing the peace and was meant to satisfy the thugs who had initiated the attacks and friction,” Sfard said in a statement delivered to the Israeli army.

The lawyer accuses the Israeli army of punishing Amro unfairly, while allowing the settlers, who have been the ones behind the disturbance of peace in Hebron, to roam undeterred.

Sfard noted that the settlers have attacked Amro and his house on several occasions, all documented on CCTV footage, while the army has time and time again failed to protect him or deter them.

Sfard added that the decision is illegal, even according to the ‘twisted’ standards of Israel’s judicial system in the occupied territories of the West Bank.

The Israeli military occupation informed me that my house ( @YASHebron center ) is closed for another 24h, they will keep renewing it, I am now alone in the house , no one is allowed to visit me. they closed the house in order to satisfy the kahanists. pic.twitter.com/EKAKuk6YJb

Earlier on 26 September, Amro voiced his concern regarding the new remote-controlled weapon system at the Shuhada Street checkpoint in Hebron. Over 300 families pass through there daily.

“There is no security need to install this automatic weapon, the area is well protected with all means. There is no violence,” Amro argued.

He added that he is concerned about the malfunction of the weapon, and the implications this could have on vulnerable elderly, women, and children.