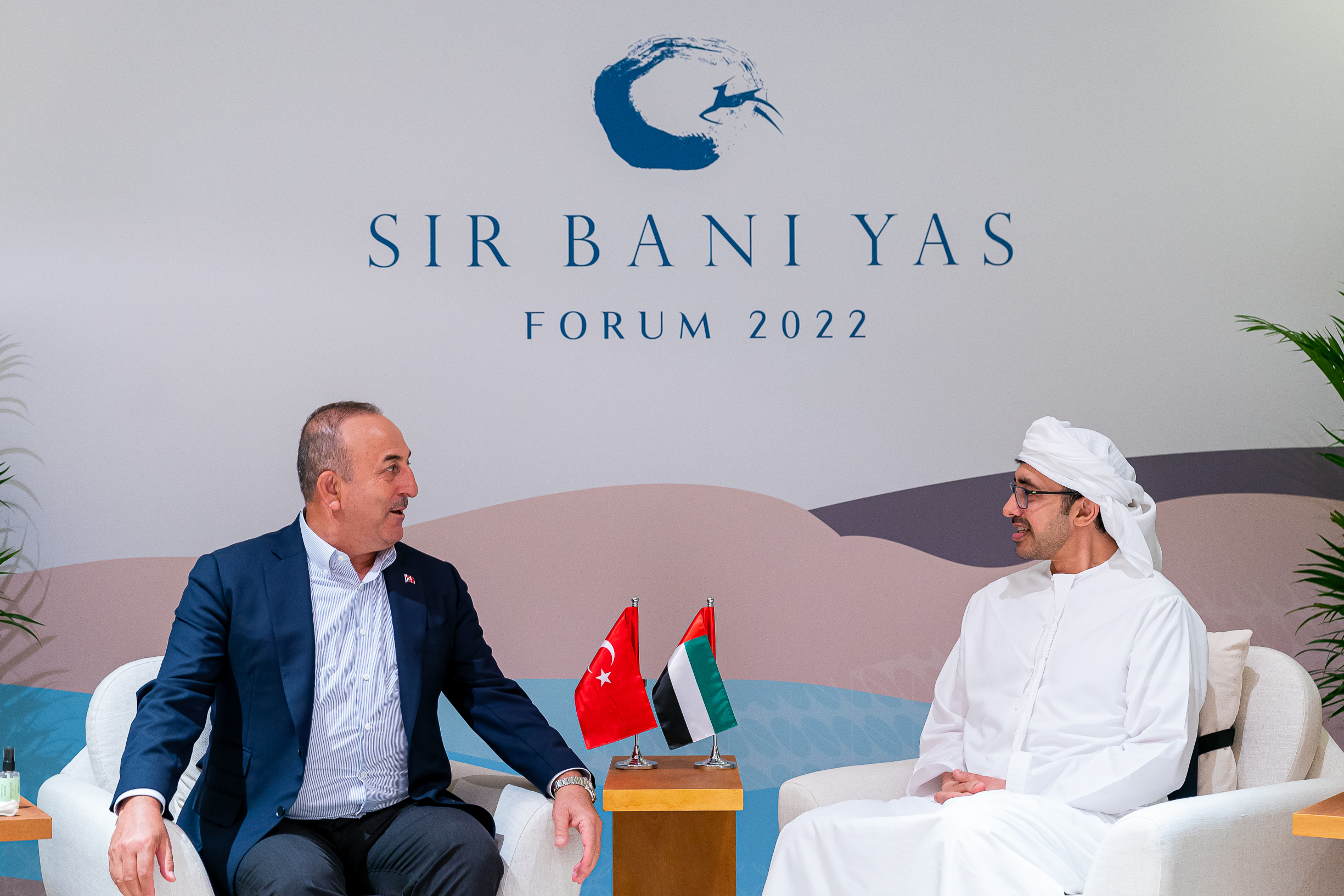 Sheikh Abdullah bin Zayed received Mevlut Cavusoglu in Abu Dhabi and discussed the prospects of bilateral cooperation and partnership between the two countries and efforts to enhance them in order to achieve the common interests of the two countries and their peoples, as reported by the official Emirati news agency WAM.

The meeting dealt with various issues of common interest, such as the current global food and energy crisis, which has been aggravated by the Russian invasion of Ukraine, affecting the grain and cereal trade.

This has led to a rise in prices and problems in the energy supply of gas and oil, an area in which Russia has a preeminent position despite the economic sanctions imposed by the West for the military operation in Ukraine, according to Alarabiya News.

Regarding the war on Ukrainian territory, Sheikh Abdullah bin Zayed congratulated Cavusoglu on the resumption of the agreement to export grain through the Black Sea to international markets. Russia backed out and announced its reinstatement of the grain agreement with Ukraine, Atalayar news reported.

Turkey is playing a major role in the resumption of the Ukrainian grain trade and, in fact, President Recep Tayyip Erdogan announced on 4 November that Russia will send free grain to poor countries in Africa to tackle the current food crisis, just after talks with Russian President Vladimir Putin.

Erdogan pledged to send grain and fertilizer to some of the world’s least developed countries, especially those in Africa, as part of the agreement for the departure of ships from Ukrainian ports, according to Sputnik.