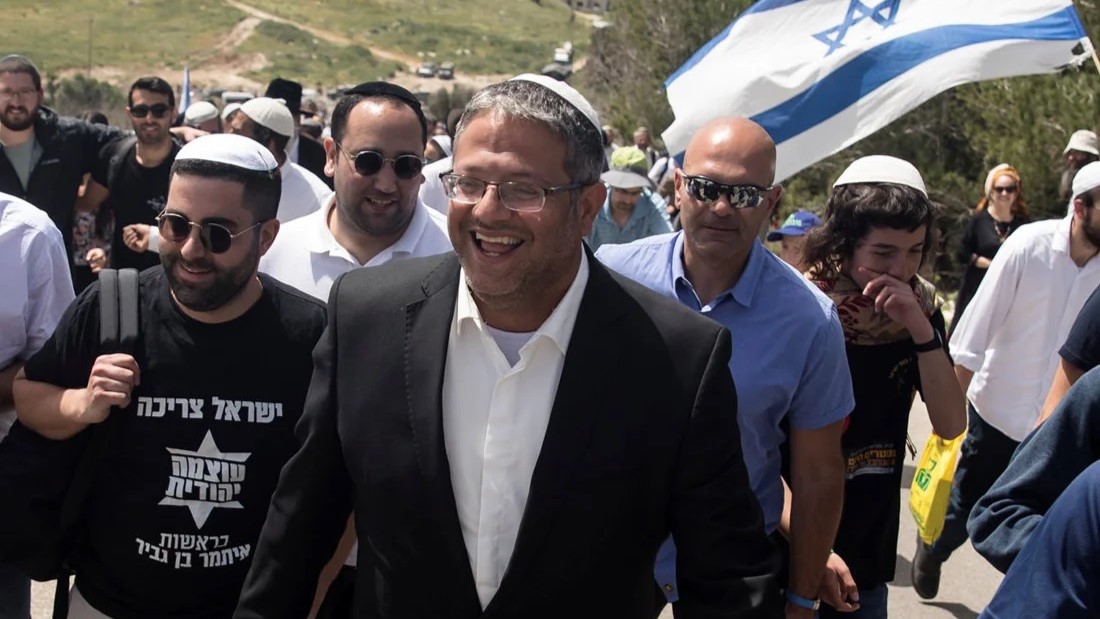 On 7 November, Israel’s biggest-circulation newspaper, Israel Hayom, published a front-page column by far-right member of the Knesset (MK) Itamar Ben Gvir, in which he claims to have “grown up” and “moderated” his well-established racist and anti-Arab views.

“I’ve grown up, I’ve moderated and I’ve come to understand that life is more complicated,” Ben Gvir claims in his column, which was published just three weeks after he stormed the flashpoint neighborhood of Sheik Jarrah in occupied East Jerusalem, waving a gun and urging settlers to shoot Palestinians.

“I don’t mean to apologize … I just think that if you get to know me, you will change your attitude about me and my attitudes,” Ben Gvir – who has led several violent raids into Al-Aqsa Mosque, calling for its demolition – went on to say.

“And yes, the Arab citizens of Israel are also entitled to protection and a sense of security. The crime problem in the sector has intensified into an immediate danger,” the Jewish supremacist MK also claimed.

Following his violent outburst last month in Sheikh Jarrah, Ben Gvir had been working to whitewash his image ahead of the elections, telling AFP a few days before the polls: “I’ve changed … When I said 20 years ago that I wanted to expel all the Arabs, I don’t think that anymore. But I will not apologize.”

Ben Gvir’s Jewish supremacist ideals are influenced by Meir Kahane, an influential rabbi, former MK, and founder of the Kach party, which wants to establish a pure Jewish society.

Kach was until May of this year designated by the US as a foreign terrorist organization (FTO) and banned in Israel, after one of its members killed dozens of Palestinian worshippers at a mosque in Hebron in 1994.

In 2007 he was convicted of incitement to racism and of belonging to a terrorist group.

More recently, Ben Gvir has acted as a lawyer defending activists from Lehava, a pro-segregation group that calls for the full expulsion of Palestinians and a ban on Christmas.

He also represented Israeli settlers implicated in the 2015 firebombing of a Palestinian home in the occupied West Bank that killed a baby and his parents.

“When we form the government, I will promote the Deportation Law, which will deport anyone who acts against the State of Israel or [its] soldiers,” Ben-Gvir said in an interview last August.

Last December, he pulled a gun on two Palestinian security guards in a Tel Aviv car park after he left his car in a prohibited area. Within minutes, he pulled out his gun, yelling at one of the guards: “I’ll take care of you.”

Following last week’s elections, Ben Gvir – under the leadership of incoming Prime Minister Benjamin Netanyahu – is expected to secure the post of police minister, leading the third-biggest alliance in the Knesset.