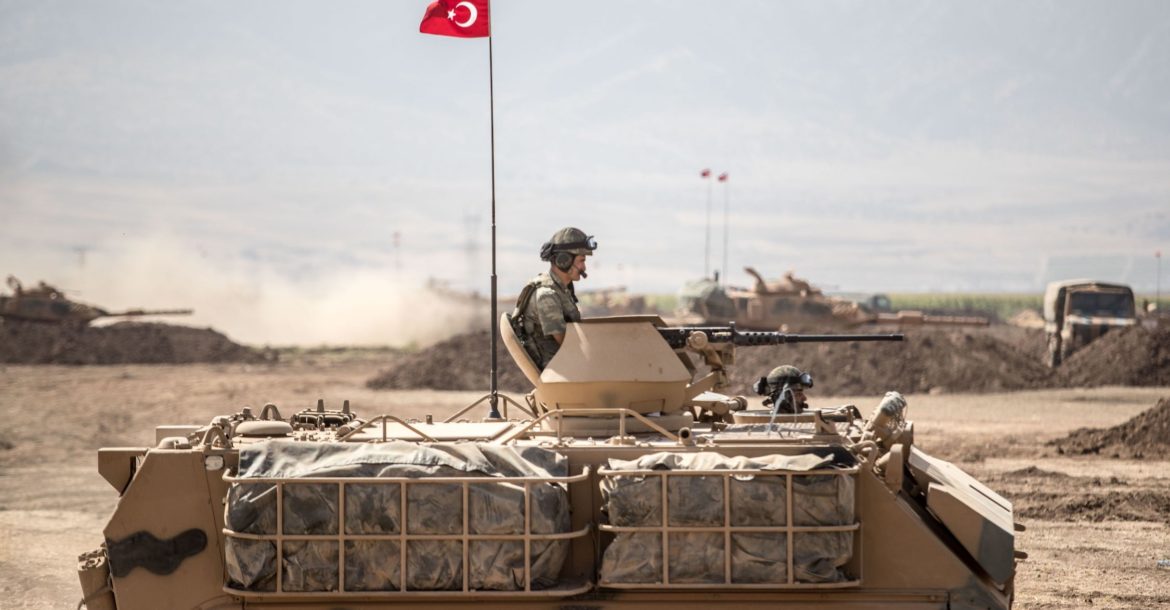 The Turkish Ministry of Defense announced the elimination of 11 members of the Kurdistan Workers Party (PKK) including leaders, during ​​a cross-border operation called “Claw-Lock” in northern Iraq.

Video footage released by the official account of the ministry allegedly shows a seized weapons cache and an assault on the PKK positions in the areas where Claw-Lock is operational.

The aim of the operation is to remove PKK members from the Mercan Mountains in the countryside of Dersim province and involves ground forces comprising 548 members of both the Turkish army and the police, Turkey’s state-owned Anadolu Agency cited the interior ministry as saying.

Four servicemen were killed in action during the ongoing operation according to a statement by Turkey’s defense ministry released on 11 September.

In Syria, as part of Ankara’s struggle to ward off the threat of Kurdish influence on its southern borders, the Turkish forces killed two militants affiliated with the Syrian Democratic Forces (SDF) and injured several others during a drone strike in Syria’s northern provinces of Hasakah and Raqqa.

A few days ago, reports from the Syrian opposition indicated that Turkey is establishing a new military base near the frontline with the government troops in the southeastern Idlib countryside.

In April, Turkey launched operation Claw-Lock against the PKK and its loyal factions in Iraq’s northern Metina, Zap, and Avashin-Basyan regions near the Turkish border, whom Ankara classifies as “terrorist entities.”

Nevertheless, Ankara’s offensives against the PKK have been repeatedly condemned by Iraqi officials, who label them as a “hostile” and “provocative” violation of the country’s sovereignty. The assaults have also led to civilian casualties, as a result of being caught in the crossfire, despite Ankara’s denial.

In July, Iraq submitted a complaint to the United Nations Security Council (UNSC) against Turkey, and summoned its charge d’affaires from Ankara, after artillery fire from the Turkish army struck a tourist resort in the Dohuk province of Iraq’s Kurdistan Region (IKR).

“The Iraqi government strongly condemns the shelling of the tourist resort in the city of Zakho … and will give a maximum diplomatic response, starting with an appeal to the UN Security Council,” the Iraqi foreign ministry said in a statement.

The Turkish bombing resulted in the deaths of at least nine civilians, including two children.