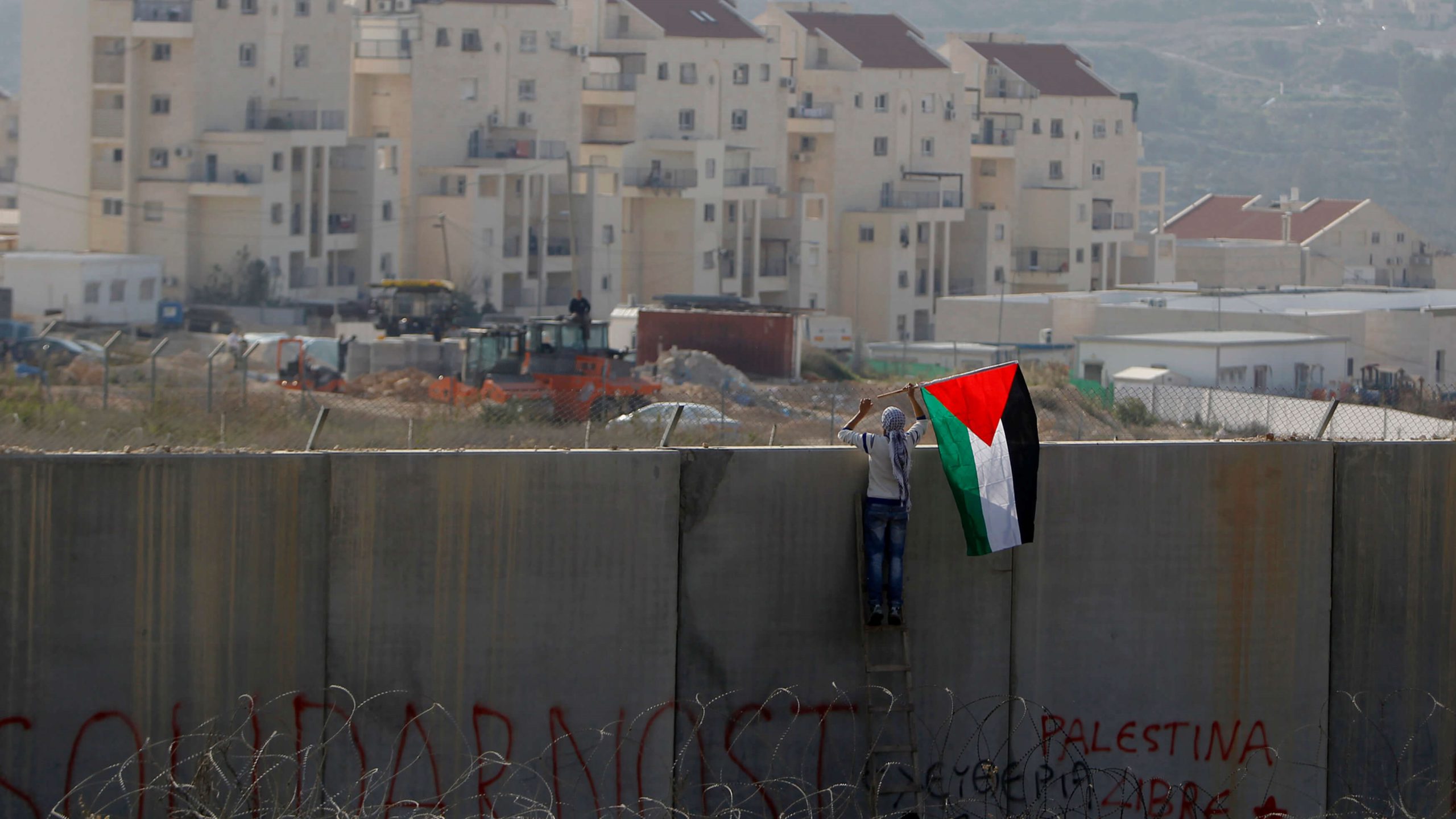 A man places the Palestinian flag on the Israeli separation wall, with Israeli settlements in the background. (Photo credit: REUTERS/Ammar Awad)

The “Elad” settlement association received 28 million shekels, or roughly $7.9 million to support the illegal settlement in Wadi Rababah in the town of Silwan, south of Al-Aqsa Mosque, according to the daily Haaretz.

The Israeli newspaper revealed that the “Elad” settlement association has established public parks, agricultural projects and developed a new tourism hub at the expense of the original owners of the land, stripping their rights and preventing the Palestinian geographical expansion in Silwan.

According to Almanar news, the settlement project run by Elad is supported by several occupying institutions, including the Jerusalem Municipality, Israel’s Nature and Parks Authority, the Jerusalem Affairs and Heritage Ministry, and the Jerusalem Development Authority.

Ahmed Simrin, a member of the Wadi al-Rababa neighborhood committee, said in a press statement, “These donations collected by the Elad Settlement Association to support Wadi al-Rababa are aimed at tightening the occupation’s grip on the neighborhood,” according to WAFA news.

He added, “For years, people in Wadi al-Rababa have been suffering from occupation harassment, the latest of which was the deployment of surveillance cameras in the neighborhood that monitor the movements of landowners in an accurate and intense manner, while the landowners would continue to fight against the colonial settlement campaign.”

The Elad Association, which is considered the spearhead of the illegal settlement in Jerusalem, revealed a project in Silwan called “Farm in the Valley” to attract thousands of settlers to the occupied city of Jerusalem, as part of the so-called “national park”, which was established on Palestinian land.

According to WAFA, the Elad group pursues the declared objective of “Judaizing” East Jerusalem, including Silwan, as a part of its mission to expand a Jewish presence across the occupied city and to uproot the indigenous Palestinian population under the guise of archeological and touristic endeavors.

Elad is considered one of the richest non-governmental organizations in the entity, and it supervises about 70 settlement outposts in Silwan, most of which are located in the Wadi Hilweh area, which is the closest area to Al-Aqsa, and funds the Zionist excavations in the area.