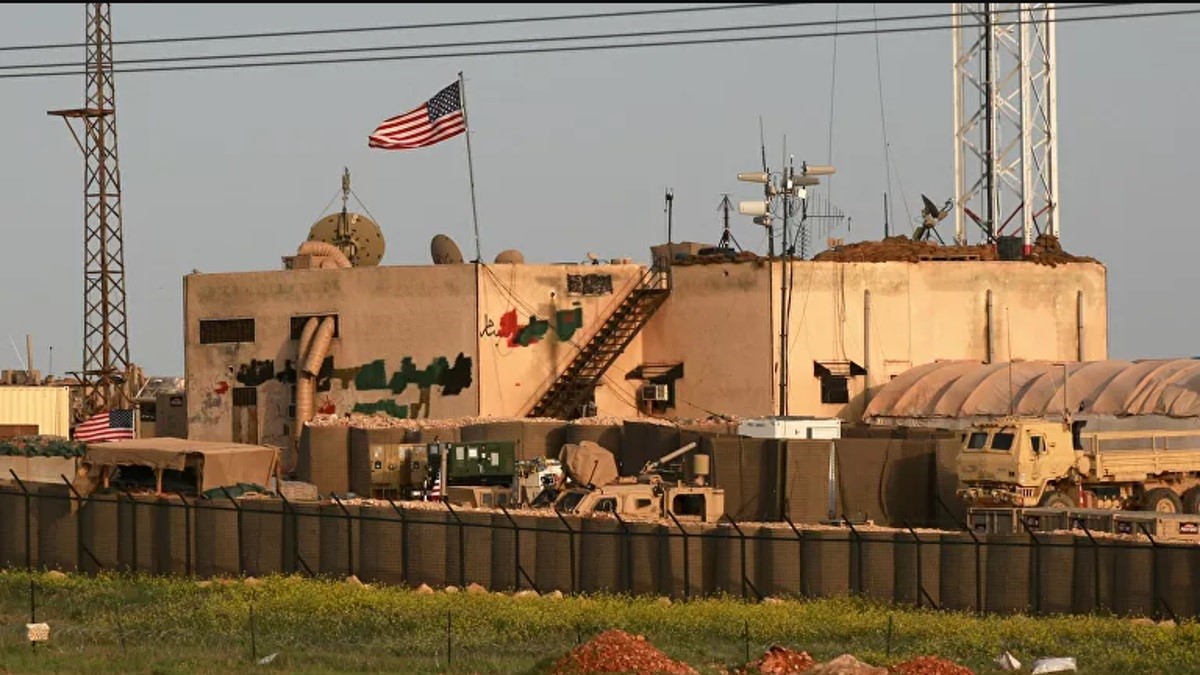 FILE – General view of a US military base in the Al-Asaliyah village, between the city of Aleppo and the northern town of Manbij in Syria. (Photo credit: AFP)

The Arab Tayy tribe has called for an end to the illegal occupation of Syria by US troops and says it is refusing to attend any gathering under the auspices of the US in Hasakah Governorate.

In a statement published by the Syrian Arab News Agency (SANA) on 9 November, tribe leaders said they remain one of the “major pillars of confronting terrorism, rejecting all its forms, financiers and supporters represented by the American occupation forces.”

The statement goes on to say that the US army “came under the cover of fake democracy to pass its looting policy and spreading the culture of murder in the region to hide its crimes.”

Syria has been ravaged by 11 years of war and faces constant attacks by Turkey and Israel, on top of Washington’s ongoing oil smuggling campaign.

In August, the Syrian government reported that Syria’s oil sector has incurred losses of at least $107.1 billion since the start of the US-sponsored war.

As a result of this, the Arab Tayy tribe says it stands firmly alongside the Syrian Arab Army (SAA) and the government of President Bashar al-Assad.

“We will remain loyal to the homeland and affiliation to Arabism, preserving its approach to the Syrian Arab Army, loyal to our leader, Dr. Bashar Hafez al-Assad, to preserve one united Syria with its land, people and sky,” the statement added.

The Emir of the tribe, Muhammad Abdul Razzaq al-Tayy, stressed that resistance is the only way to expel the foreign troops from the country.

“We call for targeting the American occupier on any part of the land in which it is located within Syria because it is understood only in the language of force, and just as the Ottoman and French occupiers expelled us, we will expel everyone who entered intending to occupy our land and plunder our resources.”

The presence of US occupation troops has stirred up sentiments of patriotism among Arab tribes in Hasakah and Deir Ezzor governorates, who have begun blockading roads and confronting US troops.

On 4 November, the Bakkara tribe prevented a US military convoy from passing through their village, forcing them to return to where they came from and throwing stones at some of the vehicles.