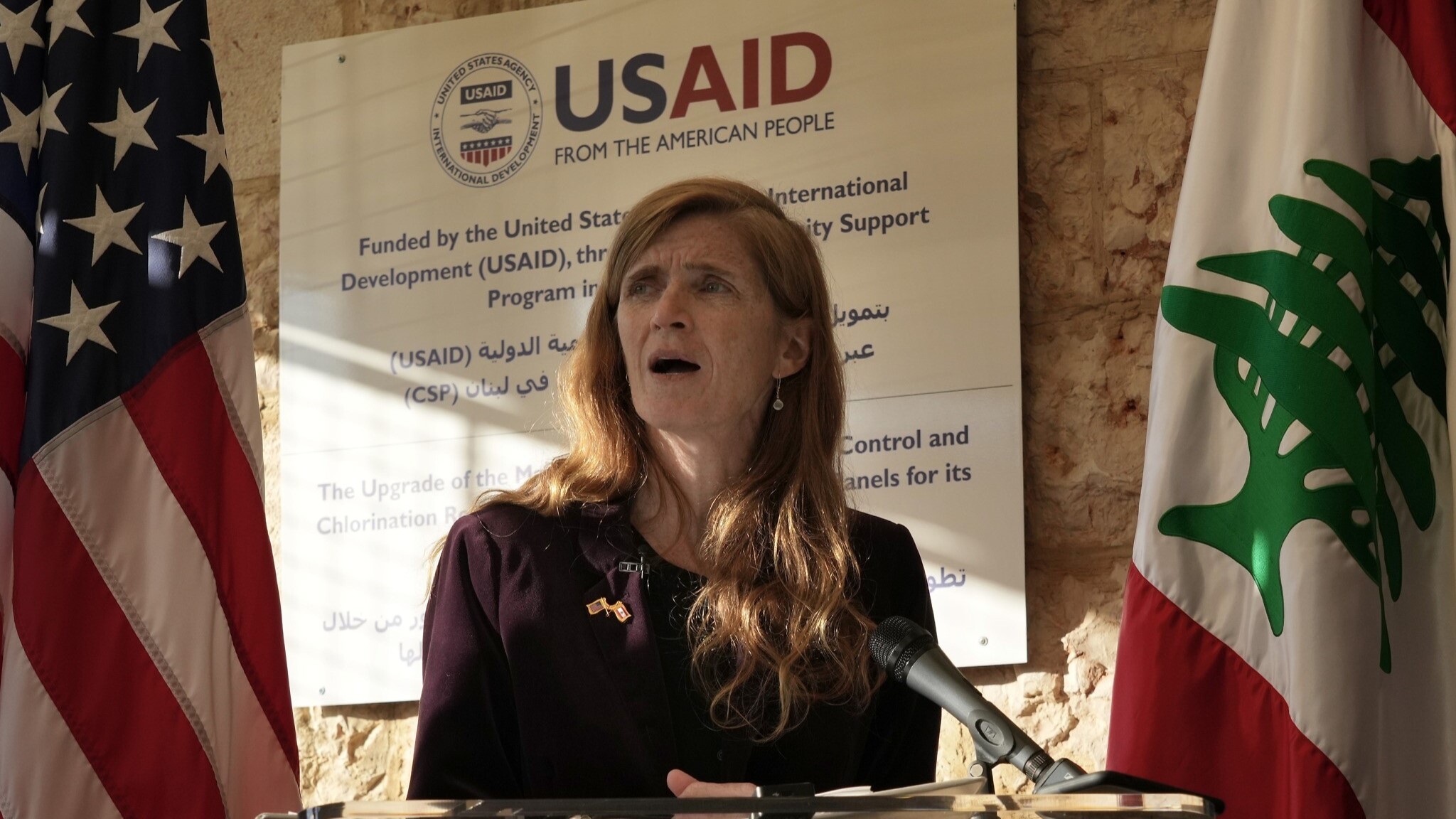 On 9 November, the administrator of the US Agency for International Development (USAID), Samantha Power, visited Lebanon to announce an $80.5 million donation for food assistance and solar-powered water pumping stations.

“USAID is committed to helping the Lebanese people in this time of economic crisis and will continue to support their work to combat corruption and advance economic growth and stability,” a US embassy statement reads.

Operating in over 100 countries worldwide with a budget that can surpass $50 billion, USAID has been accused of delivering aid to reward political and military partners rather than to advance genuine social or humanitarian causes abroad.

Moreover, the self-proclaimed “independent agency” is subject to the orders of the US President, the Secretary of State, and the National Security Council, highlighting on their own website that “USAID carries out US foreign policy by promoting broad-scale human progress.”

Since the start of 2022, USAID has provided around $260 million in donations to Lebanon, a country grappling with severe economic, political, and energy crises.

Washington’s latest handout was announced on the same day reports revealed US officials will not allow Lebanon to receive humanitarian fuel shipments offered by Iran, which could help the nation cope with daily blackouts that last for up to 22 hours a day.

During a meeting between senior government officials on Wednesday, Prime Minister-designate Najib Mikati reportedly confirmed he had previous knowledge of Washington’s disinterest in allowing the entry of Iranian fuel, telling officials: “there is a serious difficulty, as the US seems to consider all Iranian oil subject to sanctions.”

The White House is also blocking Lebanon from implementing an energy-sharing deal with Egypt and Jordan via Syria, by refusing to provide the parties involved with the necessary sanctions waivers.

This energy sharing deal – announced over a year ago – is the brainchild of US ambassador to Lebanon Dorothy Shea, and was revealed soon after resistance movement Hezbollah launched a plan to import Iranian fuel through Syria.

Washington’s abuse of the energy crisis in Lebanon and their meager donations fall in line with recent remarks by US officials, who said Lebanon must be forced towards collapse as the only solution to deal with Hezbollah.

“[Collapse will enable] Lebanon to somehow be rebuilt from the ashes, and freed from the curse of Hezbollah,” US Assistant Secretary of State for Near Eastern Affairs, Barbara Leaf, said on 4 November.

Since 2019, Lebanon has been experiencing the worst economic collapse in modern history.

The World Bank has described the man-made crisis as a “Ponzi scheme,” while the UN has accused the central bank and Lebanese officials of “human rights violations” for their role in setting the stage for this crisis.