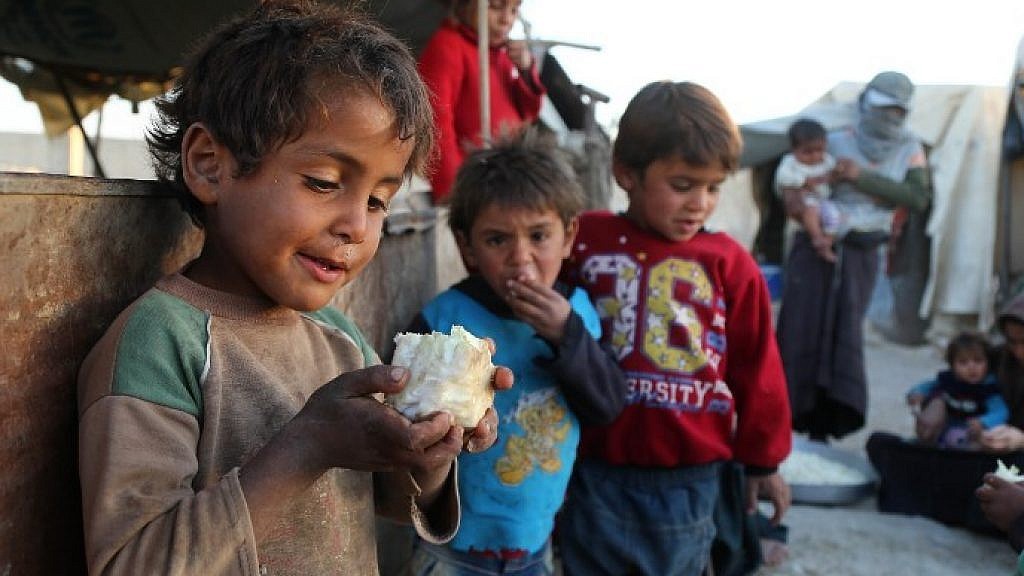 On 10 November, the humanitarian aid agency Save the Children revealed that the number of malnourished children in northeastern Syria has risen by 150 percent this year.

The group reiterated that the number of malnourished children they deal with increases every single day.

“Malnutrition is life-threating to children. Poverty and the inability to afford food are the main reasons families are giving for this increase,” the group added.

According to AFP, the aid agency registered over 10,000 malnourished children in the northeastern region of Syria from April to September.

Thousands of Syrian children have been displaced since the breakout of the war in 2011, with many of them living in poorly maintained refugee camps, typically lacking access to proper medical care, and are subject to witnessing violence.

The humanitarian medical group Doctors Without Borders (MSF) reported that 79 children died in the camp in 2021. However, the majority of the deaths in the camp are crime-related.

In May, the United Nations Children’s Fund (UNICEF) issued a warning, saying that six and a half million children are in dire need of humanitarian assistance in Syria after more than a decade of turmoil in Syria.

UNICEF data indicated that in the first three months of this year alone, 213 children were killed or injured. Since the beginning of the crisis in 2011, the number of child casualties has risen to 13,000 dead and injured. Additionally, 5.8 million Syrian children are dependent on assistance from the neighboring nations that host them.