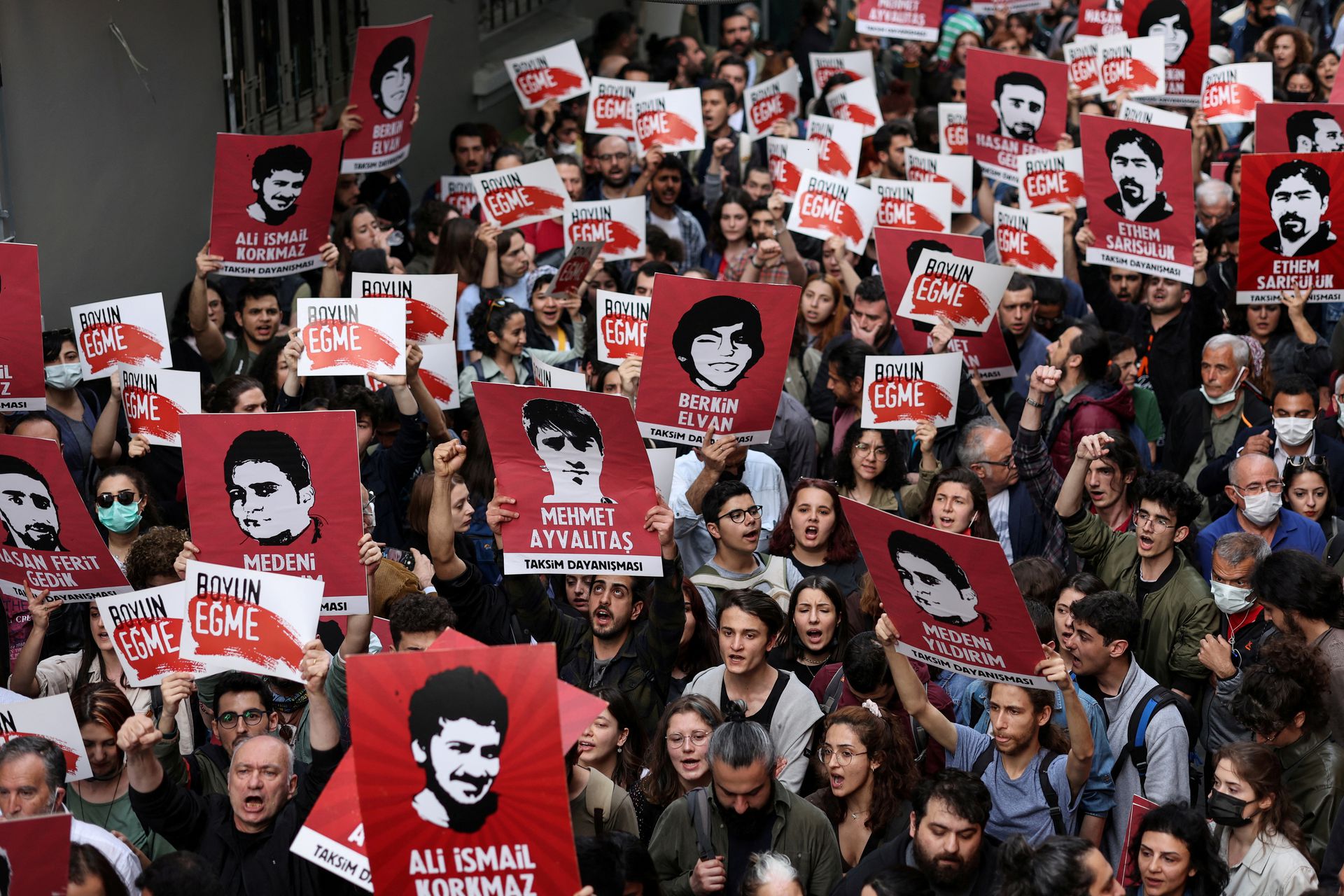 People take part in a protest against a Turkish court decision that sentenced philanthropist Osman Kavala to life in prison over trying to overthrow the government in Istanbul, Turkey, April 26, 2022. REUTERS/Umit Bektas

On 10 November, the London-based news agency Reuters reported that Turkey could be expelled from the Council of Europe for failing to implement European Court of Human Rights rulings.

The agency reported that rights advocates fear that Turkey could be expelled from the Council of Europe for failing to implement a 2019 court ruling ordering the release of businessman Osman Kavala, who has been detained for five years in the recently renamed Marmara prison in Silivri.

Experts say the infringement proceedings initiated by the Council of Europe’s Committee of Ministers against Ankara have so far emphasized dialogue, but could eventually lead to Turkey’s expulsion or suspension of its membership.

Asked by Reuters about possible measures, a spokesman for the Council of Europe said the Committee would decide on the steps to be taken and their timing.

While the results of the procedure have not been outlined, experts say Turkey should not be excluded because it would deprive 85 million citizens of a mechanism that provides compensation to thousands, according to Reuters.

Nebahat Akkoç, human rights defender and founder of the KAMER Foundation, said to Reuters, “I hope the Council of Europe does not deal the final blow. I hope the (Turkish) authorities implement the ECtHR rulings and we don’t completely break away from the Western world.”

On the other hand, journalists and press organizations have condemned a bill to counter “disinformation” in Turkey, arguing it will threaten freedom of expression.

The bill was presented to parliament on Tuesday, 4 October, and could see offenders locked up for three years if they are charged with spreading “disinformation.”

The bill introduced by the Justice and Development Party (AKP) would not only affect journalists but social media users as well. It would require social media companies to hand over information on users if suspected of “propagating misleading information.”

Reporters Without Borders (RSF) ranks Turkey the 154th out of 180 countries when it comes to freedom of the press.

According to the organization, Turkey has imprisoned 200 journalists in the past five years, while 48 journalists spent at least one day in police custody in 2020.