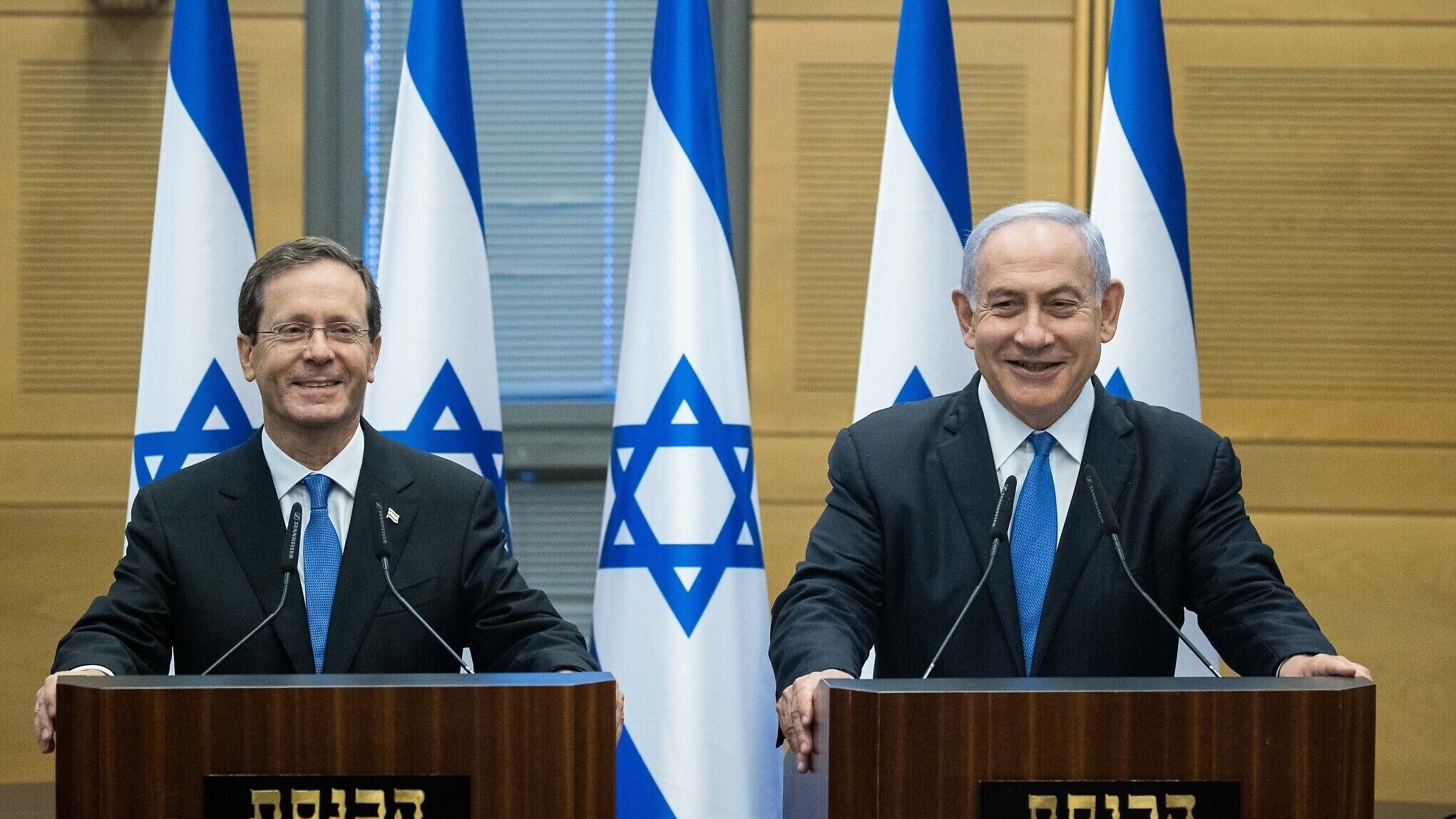 Israeli President Isaac Herzog announced on 11 November that he has ended consultations with Israeli political factions, and will hand the mandate to form a government over to incoming Prime Minister Benjamin Netanyahu on 13 November.

The far-right leader of the Likud party swept the election results in Israel’s election on 1 November, pushing out outgoing prime minister Yair Lapid.

Come Sunday, Netanyahu will receive the mandate at Herzog’s residence, and from then, will have 28 days to form a government. The Likud leader is also entitled to a 14-day extension should he need it.

Nonetheless, Netanyahu has already begun negotiations with his ultra-orthodox and far-right allies to form a government. The negotiations extended into 11 November.

The party of extremist MK Itamar Ben Gvir released a statement saying that the talks were held “in good spirits.”

During a meeting between Herzog and Ben Gvir on 10 November, the Israeli President said: “Your party has a certain image that raises concerns in many places, regarding the treatment of Arabs in our state and region. World leaders are asking me …  I am [also] asked in the Muslim world about the Temple Mount. This subject is sensitive.”

Herzog’s comments about the “Temple Mount” were in reference to Al-Aqsa Mosque, which is regularly stormed by extremist settlers with the backing, and at times, the participation, of Ben Gvir himself.

Herzog was reiterating concerns he had expressed privately to representatives of the Shas party the day before. Unknowingly, his voice was picked up by a microphone which he thought was turned off.

“You have a partner who the entire world around us is worried about. I have also said this to him … You’re going to have a problem with the Temple Mount. This subject is sensitive,” Herzog was heard saying in the recording.

Ben Gvir, the leader of the Religious Zionism party, is a disciple of Meir Kahane, the founder of the Kach party, which was barred in 1992 from running for the Knesset and designated as a terrorist organization by Israel, Canada, the US, the EU, and others.

Ben Gvir has expressed his wish to assume control over the Ministry of Internal Security, which would give him jurisdiction over Israel’s prisons, as well as its police force, who the MK has encouraged to shoot unarmed Palestinians.

Recently, US officials expressed concern over Ben Gvir’s extremist ideology, particularly his loyalty to the banned Kach faction. Moreover, US media has suggested that Washington may boycott working with him.