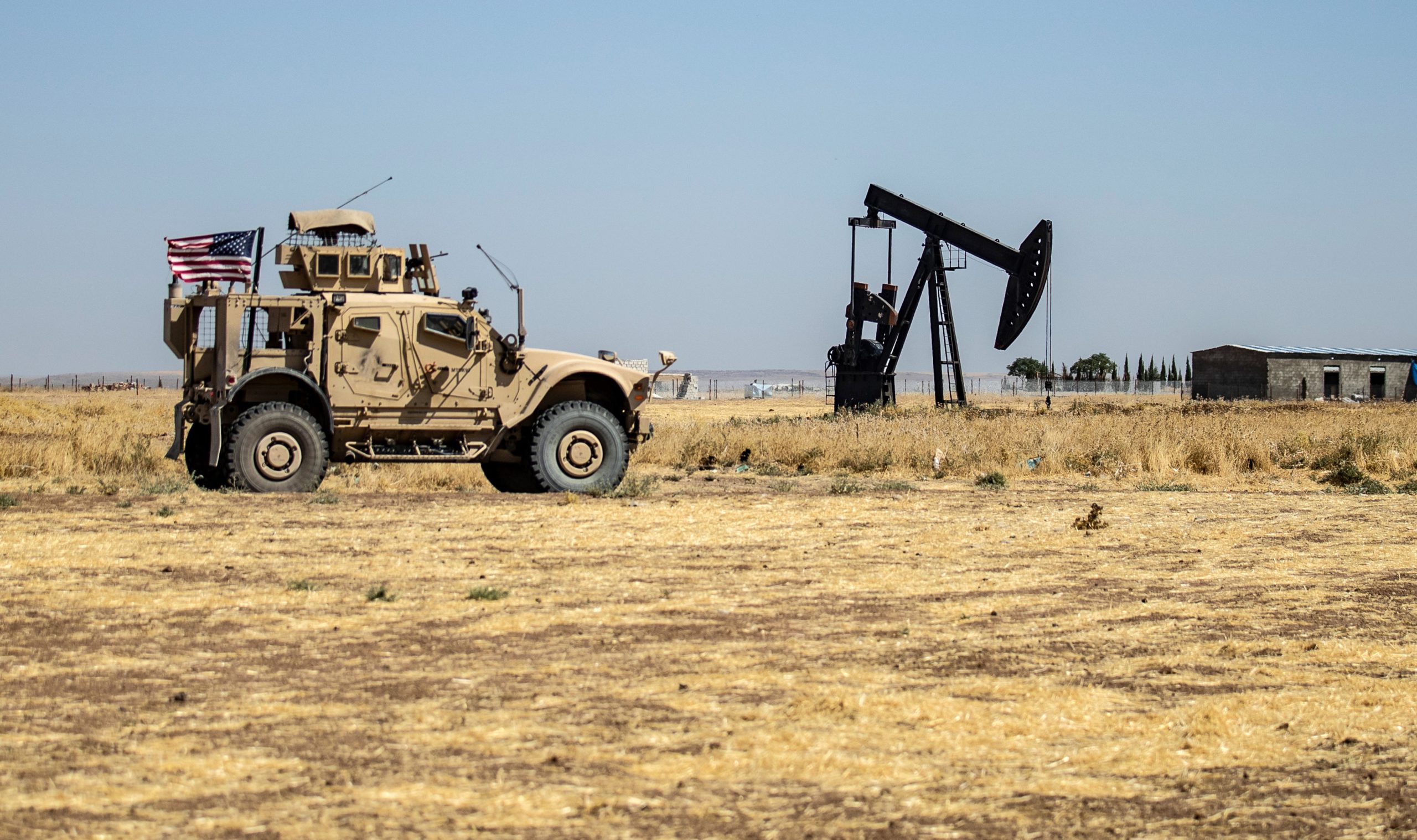 On 11 November, Ali Hassan al-Yousef, an engineer in the Jabsa Oil Fields Directorate of Syria’s Hasakah governorate, said in an interview with Sputnik Arabic that Damascus is in control of a single oilfield in Deir Ezzor governorate.

According to the information provided by Yousef, all oilfields in resource-rich eastern Syria are occupied by US troops and their Kurdish proxy militias, except for one site in the Dero region of Deir Ezzor.

The daily production of this oilfield reaches only 200 barrels per day (bpd), which are delivered to the Homs government refinery.

Before the government lost control of Syria’s eastern region in 2012, the Jabsa oil fields, south of Hasakah, had a production of 28 thousand barrels per day.

Since then, US occupation troops have turned the center into a military base, which often subjected to attacks.

According to Yousef, Washington troops are investing in an electric oil refinery south of the Jabsa gas plant in the Al-Shaddadi area, which produces more than 2,000 barrels of fuel daily, including diesel and gasoline, in cooperation with the Syrian Democratic Forces (SDF).

“The American occupation keeps looting the oil by illegal tanks, smuggling them through pipelines outside the Syrian territory,” the Syrian official said.

The Assistant Secretary-General of the Arab Lawyers Union, Abdul Aziz Gawish, told Sputnik that the US theft of Syrian oil is a severe violation of international law, the Hague regulations of 1907, and the Fourth Geneva Convention of 1949.

The latter prohibits pillaging and “the unlawful confiscation of public and private property in connection with an armed conflict during a military occupation.”

Gawish revealed that since 1996, US legislation considers looting oil and wealth in other sovereign countries as a war crime.

Since 2014, Washington’s forces have illegally established several military bases in eastern Syria as part of their systemic oil theft campaign.

The eastern countryside of Deir Ezzor hosts the most strategic military bases, including the Al-Omar oil field base – one of the largest in Syria – and the Conoco gas field base, which are regularly subjected to violent shelling by armed groups.

According to the Syrian oil ministry, US forces stole an average of  66,000 barrels of oil every day in the first half of 2022, or over 83 percent of the country’s daily output. In contrast, domestic oil refineries receive nearly 14,200 barrels a day.

The Syrian foreign ministry revealed earlier this year that the oil sector has incurred losses of at least $107.1 billion since the start of the US-sponsored war in 2011.