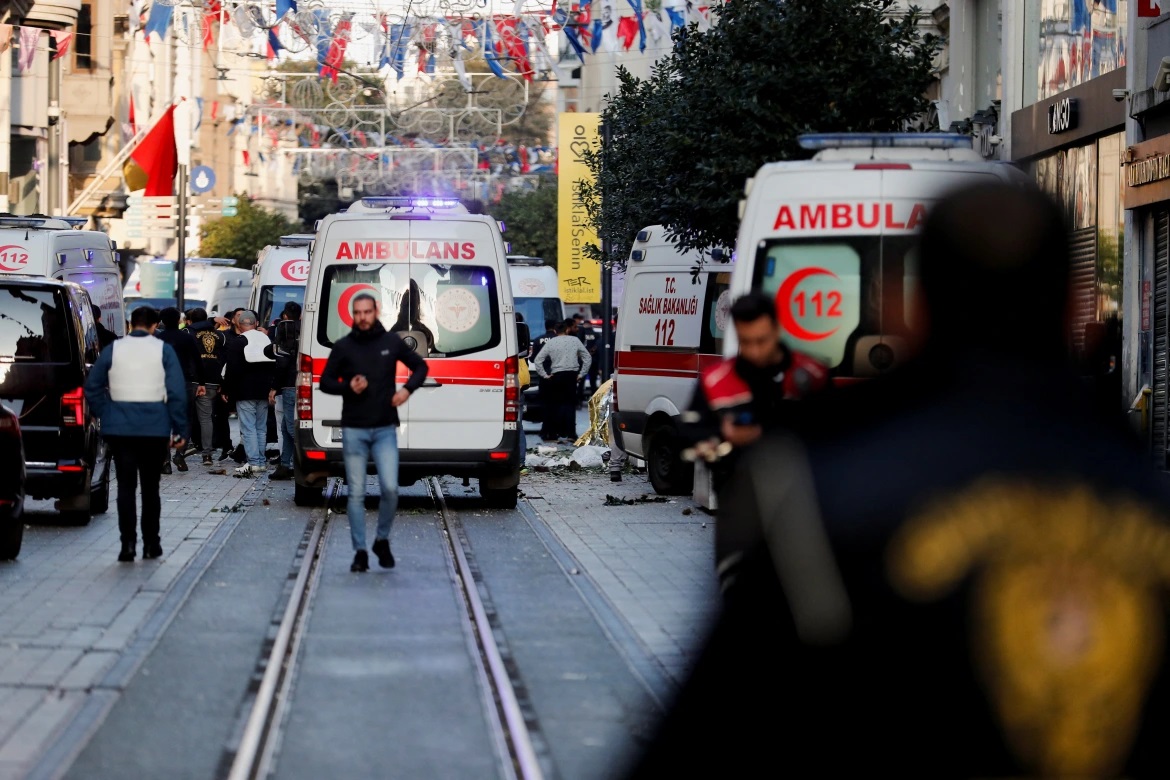 The Kurdish group vehemently refuted this claim, saying in a statement: “It is out of the question for us to target civilians in any way.”

In an initial questioning, Albashir said she was trained by Kurdish militants in Syria and entered Turkey through the northwest Syria’s Afrin region, the police said.

“The person who planted the bomb has been arrested,” Soylu said in a statement published by the official Anadolu Agency.

Officials arrested 46 others in connection to the attack.

The interior minister went on to claim that the order for the attack came from Kobani, a city in northern Syria, where Turkish forces have been carrying out operations against the Kurdish People’s Protection Units (YPG).

Turkish President Recep Tayyip Erdogan earlier said that, based on initial information from the city’s governor, the explosion could be a suspected act of terrorism.

“Efforts to seize control of Turkey and the Turkish nation through terrorism will not yield results,” Erdogan said at a press conference in Istanbul before leaving for Indonesia to attend the G20 summit.

In the hours following the blast, the Turkish vice president claimed that a “suicide bomber” carried out the bombing on Istiklal Street.

The bomber in Istiklal Street fleeing after detonating the bomb in this footage. #Istanbul pic.twitter.com/f2cTKrWHEN

However, new information reportedly shows that Albashir,  arrested on Monday morning, planted a roadside bomb that was detonated remotely.

Condemnations of the attack have rolled in from several countries, including Greece, Egypt, Ukraine, Britain, Azerbaijan, Italy, and Pakistan.

Condolences to the victims of the explosion at #Istiqlal

All our thoughts are with those currently responding and the people of Türkiye at this very distressing time.

Between 2015 and 2017, ISIS and organizations connected to the banned PKK carried out a series of deadly bombs in Turkey.

Istiklal Street was targeted by a suicide bomber in 2016.

Turkey frequently carries out cross-border airstrikes via armed drones in neighboring Iraq and Syria as part of its offensive against Kurdish militants, whom Ankara considers “terrorists” and a threat to its national stability.