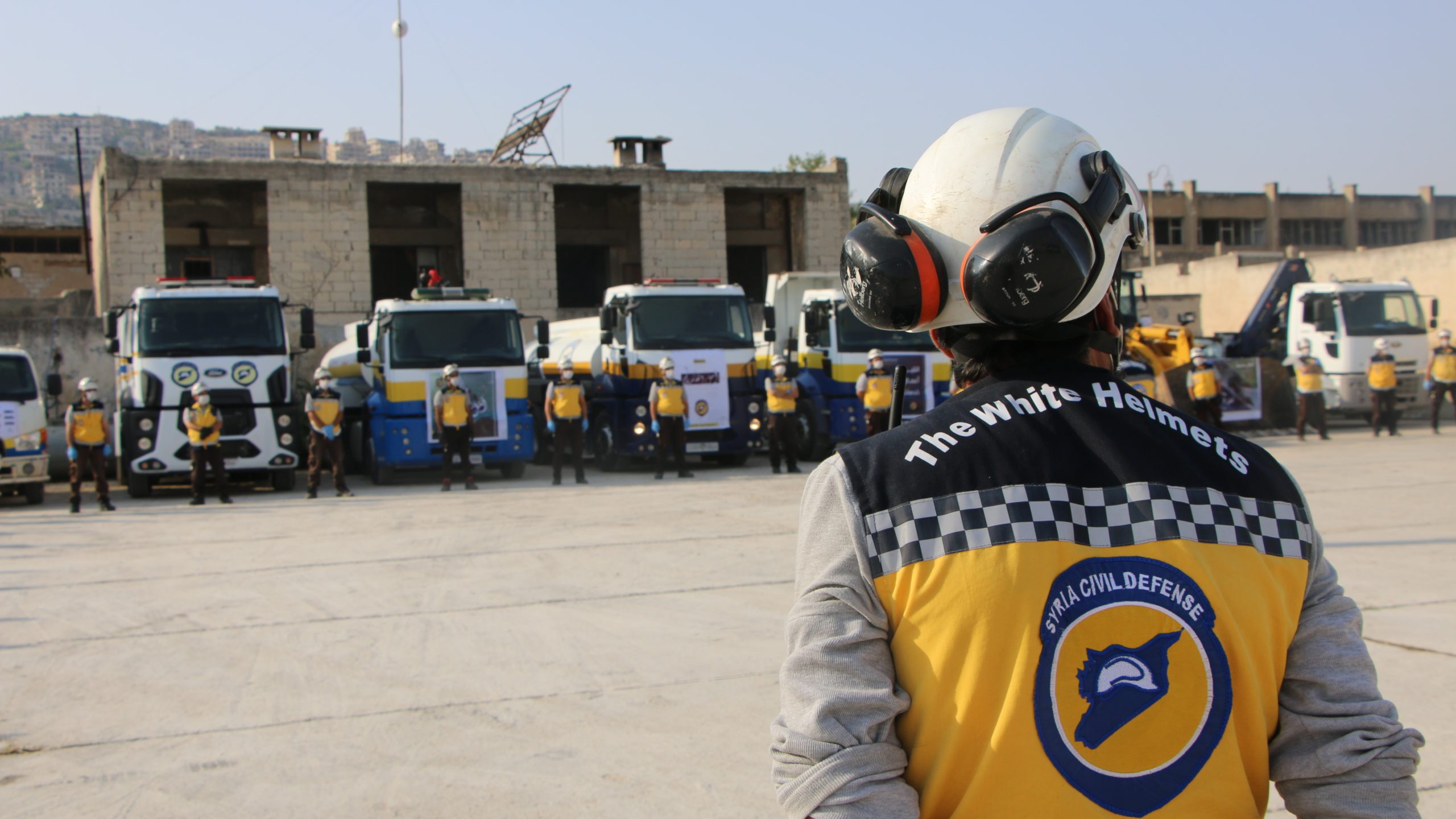 The Russian Defense Ministry revealed on 14 November that members of the Hayat Tahrir al-Sham (HTS) extremist group are planning to carry out a false flag operation in Syria’s northern Idlib governorate in coordination with the White Helmets, with the aim of pinning the blame on Syrian and Russian forces.

“The Russian military has received information that Hayat Tahrir al-Sham terrorists, in cooperation with White Helmets representatives, intend to carry out provocations in the Idlib de-escalation zone,” Major General Oleg Yegorov, the head of the ministry’s Reconciliation Center, said.

Yegorov added that the operation is meant to target densely populated civilian areas within Idlib.

Since the start of the Syrian war, false flag operations and staged attacks have been a common method used by the US-backed opposition in order to push for regime change or attacks against Damascus.

These operations are commonly carried out in coordination with the White Helmets, a western-funded group posing as the Syrian Civil Defense.

The White Helmets – founded in 2014 by a former British intelligence officer – have taken part in street executions, have been spotted operating freely in ISIS-controlled territory, and have even been implicated in organ trafficking networks within Syria.

In April of 2018, Damascus was accused of a chemical attack against civilians in the city of Douma, resulting in illegal US military strikes against Syrian government positions. But just a year later, a report by MintPress News revealed that several journalists from a number of mainstream agencies had come to the conclusion that the Douma attack was staged with the help of the White Helmets.

Russian media also disclosed that year that the Organization for the Prohibition of Chemical Weapons (OPCW) concealed the results of its own fact-finding mission that was deployed to Syria to investigate the purported attack in Douma. The report contained information that questioned the alleged attack, and was initially brought to light by an OPCW whistleblower.

In 2017, a deadly chemical attack in Idlib’s Khan Sheikhoun town was also blamed on the Syrian government. Resulting in at least 80 deaths, and taking place at a time when the Syrian army was in an offensive position and had liberated significant swathes of territory, experts suggested that Damascus had no motive in launching the attack.

“With their backs against the wall, they have next to no chance of opposing the regime militarily… such actions make it possible for anti-Assad groups to receive further support,” Günther Meyer, the director of the Research Center for the Arab World at the Johannes Gutenberg University in Mainz, said at the time.

Syria gave up all chemical weapons in 2013 and joined the Chemical Weapons Convention, after a sarin attack in the southwestern town of Ghouta left dozens dead. The attack was widely believed to be carried out by the Syrian government, who placed the blame on extremist opposition groups.

Coming one year after the announcement of former President Barrack Obama’s “Red Line” policy, which promised military action against Damascus in the event of a chemical attack, many believed that the opposition took advantage of this, carrying out the sarin attack and blaming it on Damascus.

In 2014, investigative journalist Seymour Hersh published an article citing documents from the US Defense Intelligence Agency (DIA), which claimed that the Nusra Front Al-Qaeda affiliate – the predecessor of HTS – was in possession of sarin gas at the time of the attack.

According to the Russian Reconciliation Center, HTS is not the only group with current plans to carry out false flag attacks.

On 18 September, Yegorov was quoted by Russian media as saying that the CIA-trained Maghawir al-Thawra (MaT) armed group is preparing to launch indiscriminate attacks on residential areas in order to pin them on the Syrian Arab Army (SAA).