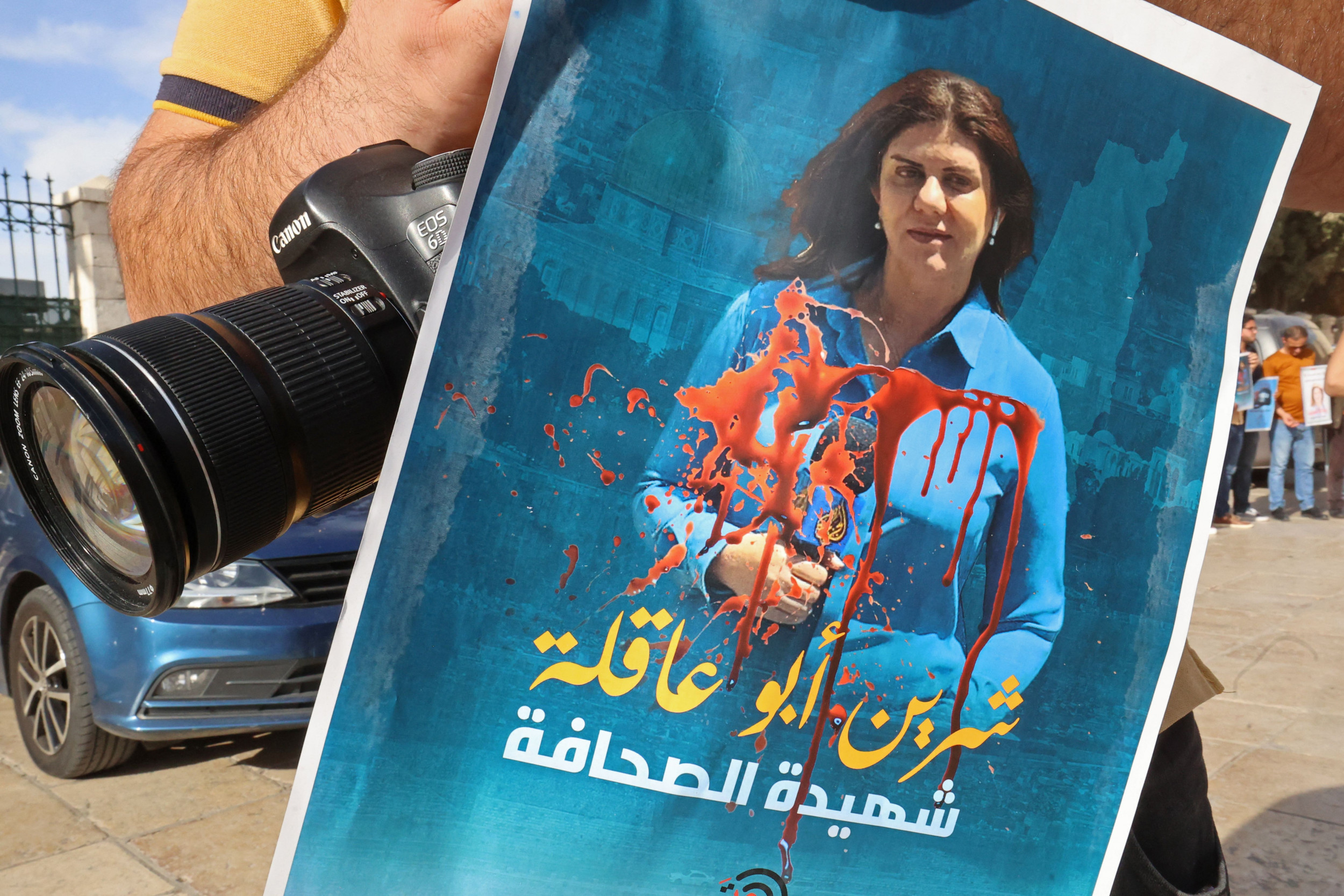 On 14 October, US-based online news site Axios revealed that the US Department of Justice has informed Israeli officials of a new investigation into the murder of Al Jazeera reporter Shireen Abu Aqla in coordination with the FBI.

The Palestinian-American journalist was murdered on 11 May by the Israeli army during a raid in the West Bank city of Jenin. Despite international condemnation and independent probes that showed an Israeli sniper shot her – though she was wearing body armor clearly labeled PRESS – no soldier has been disciplined.

In September, the Israeli army concluded that Abu Aqla “may have been killed by mistake by a soldier,” who somehow failed to identify her as a journalist “while under multi-dimensional fire from every direction.”

Independent probes also show neither the Israeli soldiers nor the group of journalists were in an active-fire zone when Abu Aqla was shot.

Israeli authorities did not welcome the news of the US probe, and considered the decision a “grave interference” in the judicial system of Israel.

Outgoing Minister of Defense Benny Gantz issued a public response on Twitter, saying he “made it clear to the US representatives that we stand behind all soldiers, and that we will not cooperate with any external investigation.”

The decision taken by the US Justice Department to conduct an investigation into the tragic passing of Shireen Abu Akleh, is a mistake. The IDF has conducted a professional, independent investigation, which was presented to American officials with whom the details were shared.

On the other hand, US Senator Chris Van Hollen, who was dissatisfied with the superficial investigation conducted by Tel Aviv, welcomed the FBI investigation as “long overdue.”

“This is a necessary and important step in the pursuit of justice and accountability in the shooting death of American citizen and journalist, Shireen Abu Aqla,” Hollen said.

On 20 May, 57 US lawmakers asked the FBI to launch an investigation into the murder Abu Aqla, in a letter addressed to the US Secretary of State, Anthony Blinken, and FBI Director, Christopher Wray.

The initiative was led by Representative Andre Carson, who stressed that Abu Aqla is entitled to the full protection afforded to US citizens living abroad.

This comes in light of the insistence of the Israeli army’s leadership to protect its soldiers from any criminal investigation or punishment when Palestinians – even if dual nationals – are murdered in the occupied territories.

According to the Palestinian WAFA news agency, at least 55 Palestinian journalists have been killed since 2000, with no one ever being held responsible.