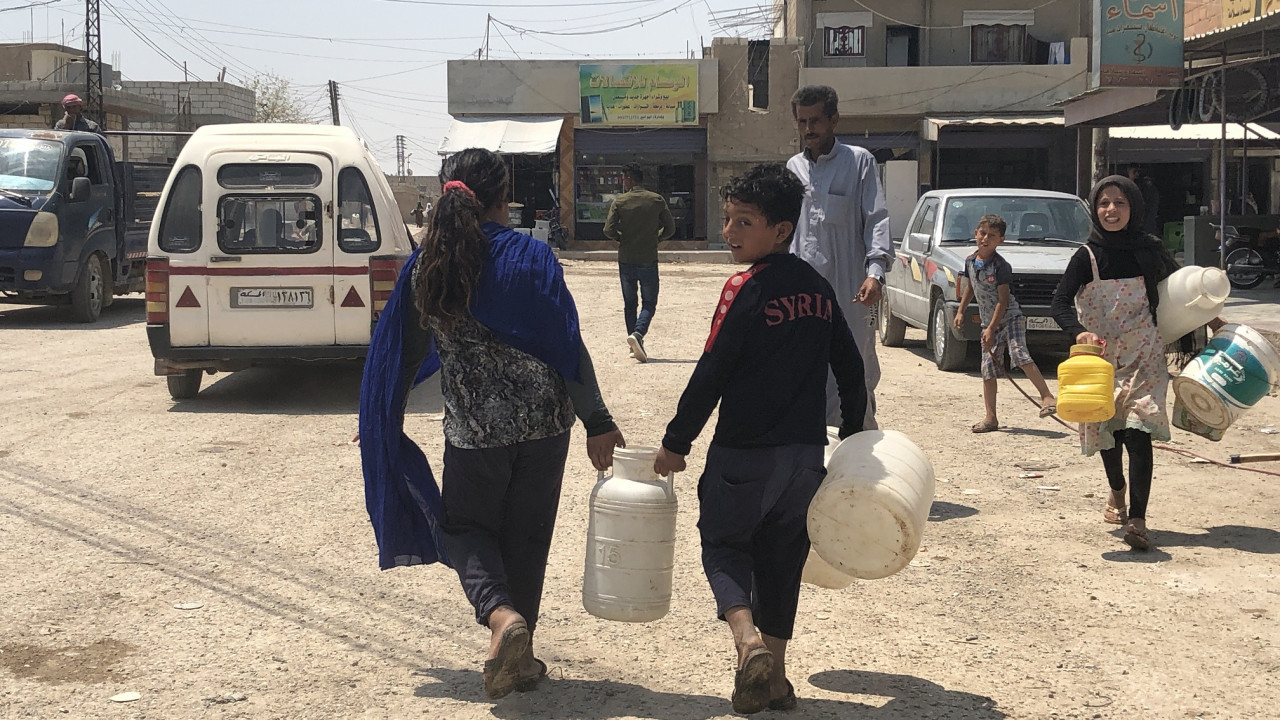 The Syrian Foreign Ministry released a statement on 14 November strongly condemning the continuous water cuts in Syria’s northeastern Hasakah governorate, which are being carried out by the Turkish occupation, its allied militias, and the US-backed Syrian Democratic Forces (SDF).

“Cutting off water supplies to Hasakah residents, either by Kurdish-led militants affiliated with the so-called Syrian Democratic Forces (SDF) and American occupation forces, or Turkish forces and their allies, is considered as nothing but an inhumane and despicable practice,” the statement said.

“Recurrent water cutoff represents the collective punishment of ordinary people, especially the vulnerable groups of society like children, women, and the elderly, and is considered a war crime and a crime against humanity,” it added.

While Turkey provides Syria with a water supply – based on agreements previously signed between the two states – this supply has been used as a bargaining chip by the Turkish occupation. The water supply regularly makes its way across the northern governorates toward the rest of the country.

Since 2019, Turkey and allied factions of the Syrian National Army (SNA) have been cutting the people of Hasakah off from water to put pressure on the Kurdish People’s Defense Units (YPG), an ally of the SDF. The SDF is also complicit in the cut-offs, as it controls the pipelines which receive water from the areas under the control of Damascus.

In August, Damascus began installing desalination plants in order to battle the severe shortages across Hasakah. Authorities are now reportedly desalinating well water and distributing it to people in tankers.

These water cuts, which are part of Turkey’s aggressive campaign against the Kurdish presence in Syria, have left over one million people with severely limited access to water. This comes at a time when a cholera epidemic is on the loose with a high potential of spreading and causing the already poor health situation in the country to deteriorate further.

The complicity of the SDF comes as the US-backed militia is also engaged in helping the US occupation loot Syria’s natural resources. Meanwhile, the country’s inhabitants are growing ever more dissatisfied with the presence of Washington and its proxies.