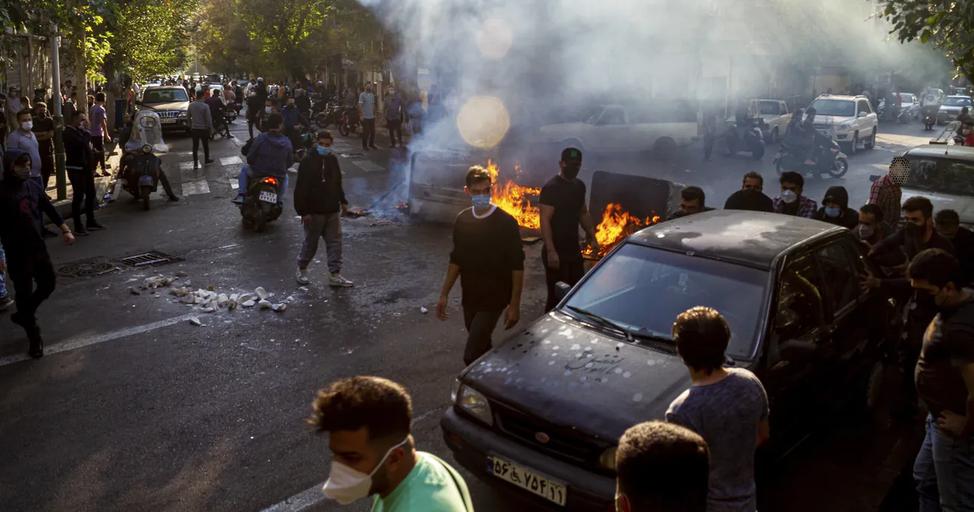 On the evening of 16 November, three members of Iran’s security forces were killed and at least eight others were injured in the neighborhood of Khane Esfahan in the city of Isfahan. The assailants who carried out the attack reportedly drove by on motorcycles and opened fire on the security forces stationed in the street.

According to Fars News Agency, the two victims were Mohsen Hamidi and Mohammad Hossein Karimi, both members of the Basij – one of the five armed wings of the Islamic Revolutionary Guard Corps (IRGC) that serves as an auxiliary force engaged in internal security.

Among the injured were seven law enforcement personnel and one Basij member, according to Anadolu Agency.

There is presently no further information on the attackers. However, local sources say that the weapons used were military-grade assault rifles.

This attack came just hours after a shooting in a busy market in Izeh, Khuzestan that left five people dead and at least 10 injured, two of which were Basij members, and three police officers. No group or organization has claimed responsibility for either attack.

The Islamic Republic has been witnessing a surge in armed attacks and terror incidents in the months following the death of Mahsa Amini, which sparked protests across the country that have often turned into violent riots.

These riots re-ignited in recent days, as anti-government protesters called for a three-day strike that began on 15 November, marking the third anniversary of what is referred to as “Bloody November.”

In November 2019, security forces suppressed and opened fire on demonstrators during mass protests against a hike in fuel prices, leaving many dead.

Iranian authorities have blamed foreign powers for inciting violence in a heavy-handed attempt at overthrowing the government. Even former US officials have admitted that separatist groups in western Iran are being trained and armed in the Iraqi Kurdistan Region (IKR) for this purpose.

Over the years, Iran has been persistently targeted by intensive propaganda efforts led by foreign-funded Farsi-language news outlets to undermine the political stability in the country.

Though armed attacks across Iran have been ongoing, the attack in Izeh marks the fourth major attack in the span of two months – leaving a death toll of over 40 people, among them civilians, police, and security personnel.

At least 19 died in Zahedan at the hands of the Jaish al-Zulm separatist group; 15 in the attack on the Shah Cheragh shrine in Shiraz carried out by ISIS, five in Khuzestan, and two in Isfahan.