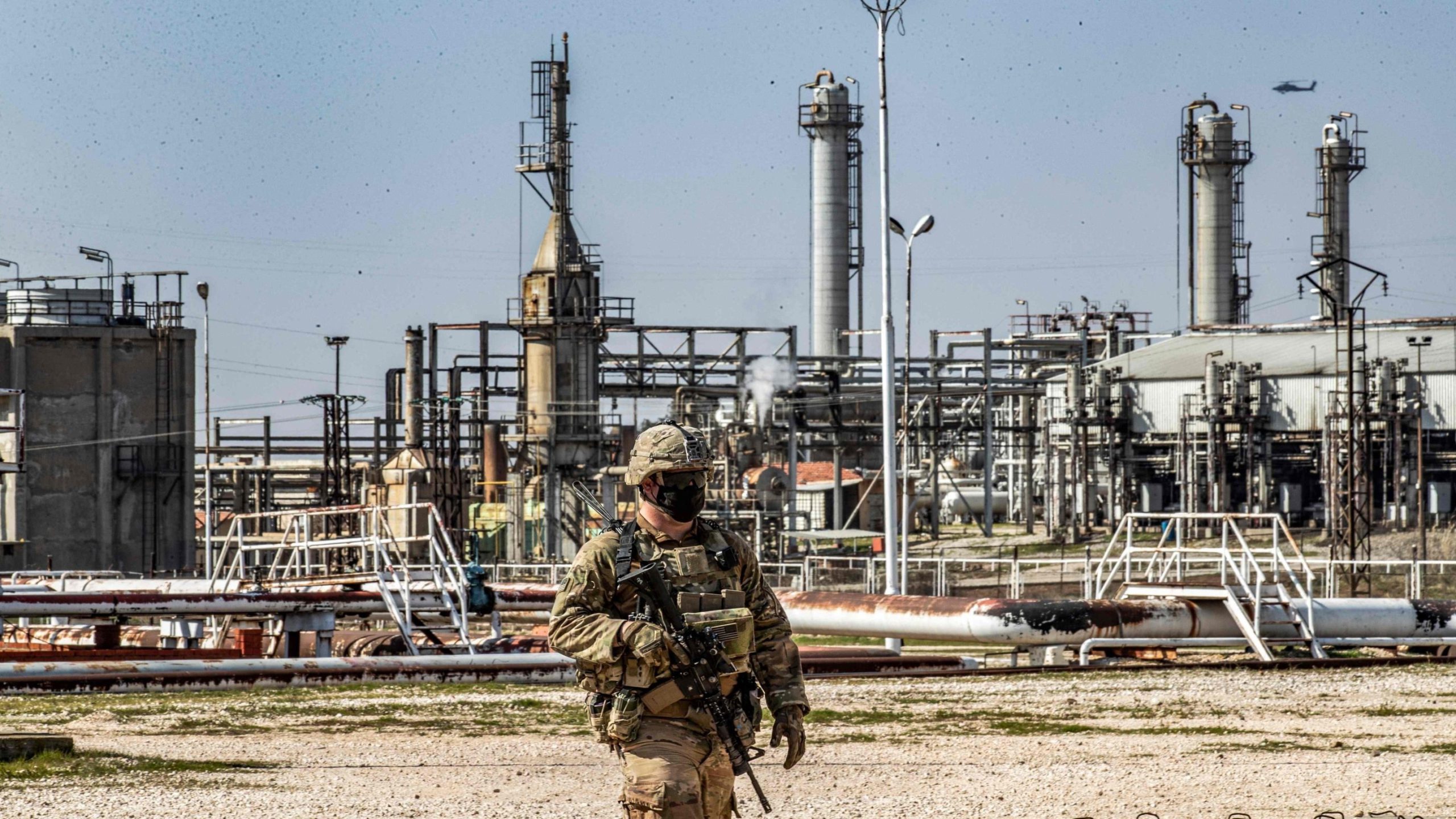 “On the evening of November 17, at approximately 9:32 pm local time in Syria, rockets targeted Coalition Forces at the Green Village base in northeast Syria. The attack resulted in no injuries or damage to the base or coalition property. US forces in northeast Syria are investigating the incident,” the CENTCOM statement read.

A Telegram news channel affiliated with Iraq’s Popular Mobilization Units (PMU), Sabereen News, had initially reported that a number of missiles landed in the vicinity of the US-controlled oilfield and base.

Additionally, the Syrian-based, Arabic language Radio Souryana reported that several loud explosions were heard coming from within the military facility, and that US attack helicopters were seen flying over the base at low altitude shortly after.

CENTCOM spokesman, Joe Buccino, said as a follow-up to the US statement that attacks “of this kind place Coalition Forces and the civilian populace at risk and undermine the hard-earned stability and security of Syria and the region.”

The US military base in the Al-Omar oilfield is regularly attacked by either drones or missiles, usually launched by unidentified groups. The attacks are often attributed to Iran’s Islamic Revolutionary Guard Corps (IRGC) by opposition media.

Other US bases in Syria have fallen under attack on several occasions as well, signifying growing discontent with Washington’s illegal military presence in the country, which centers around the plundering of Syrian natural resources under the guise of confronting ISIS.

This discontent has resulted in several instances of Syrian resistance against US occupying forces, aside from rocket or drone operations. Just a few days ago, a US military convoy was forced to return to its base after being expelled by local Syrians in Qamishli.

At the start of the month, Syrian Arab Army (SAA) soldiers blocked a convoy of US soldiers in the northeastern governorate of Hasakah, forcing them to turn back. Such incidents have become common in Syria.

Despite the growing discontent, however, the US has recently expressed that it has no plans to withdraw from Syria or end its draconian sanction policy against Damascus.