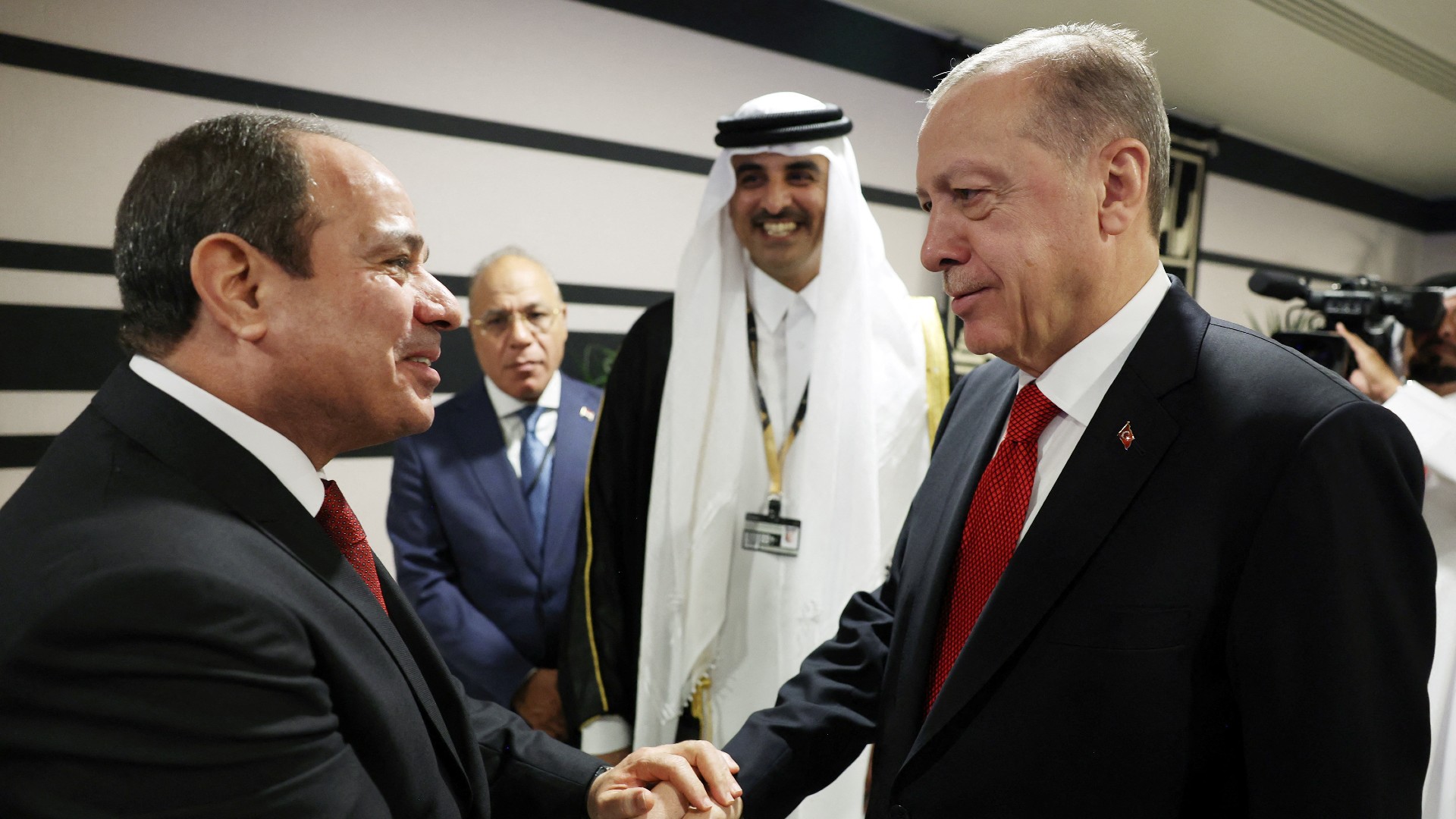 On 20 November, Turkish President Recep Tayyip Erdogan shook hands with his Egyptian counterpart Abdel Fattah al-Sisi on the sidelines of the 2022 World Cup in Qatar.

However, there was no immediate comment on the brief meet-up from Egypt’s administration.

Ties between the two nations have been strained since Sisi led the 2013 ouster of Mohamed Mursi of the Muslim Brotherhood, who Erdogan strongly supported.

Both countries expelled each other’s ambassadors at the time, and Erdogan described Sisi as a tyrant.

According to reports, Egyptian officials have been cautious over rapprochement with Ankara despite Turkish officials claiming that there is “no reason high-level talks should not take place” earlier this year.

A few days prior, Erdogan announced that Ankara would reconsider its relationship with Egypt and Syria after the upcoming June 2023 elections.

Experts suggest that Turkey seeks to mend ties as part of an effort to build bridges with US-allied Arab states after years of political rivalry and military interventions.

Erdogan disclosed the development to Turkish journalists at the end of the G20 summit in Indonesia. He emphasized that there is no “eternal disagreement and resentment” between Turkey, Egypt, and the Syrian administrations, further adding that their relations can be assessed and renewed at the right time.

This comes a few days after Turkey revealed that it plans to pursue targets in northern Syria after it completes a cross-border operation against Kurdistan Workers Party (PKK) militants in Iraq.

In March 2021, Turkey claimed to have resumed diplomatic relations at the level of intelligence and foreign ministries with Cairo; however, the Egyptian Foreign Ministry denied these claims.

Despite recent initiatives, Egypt’s Foreign Minister Sameh Shoukry declared in October that talks about repairing relations had ended because of Turkey’s ongoing “practices” in Libya.

In a conversation with Al-Arabiya, Shoukry cited the ongoing presence of “foreign forces” in Libya.