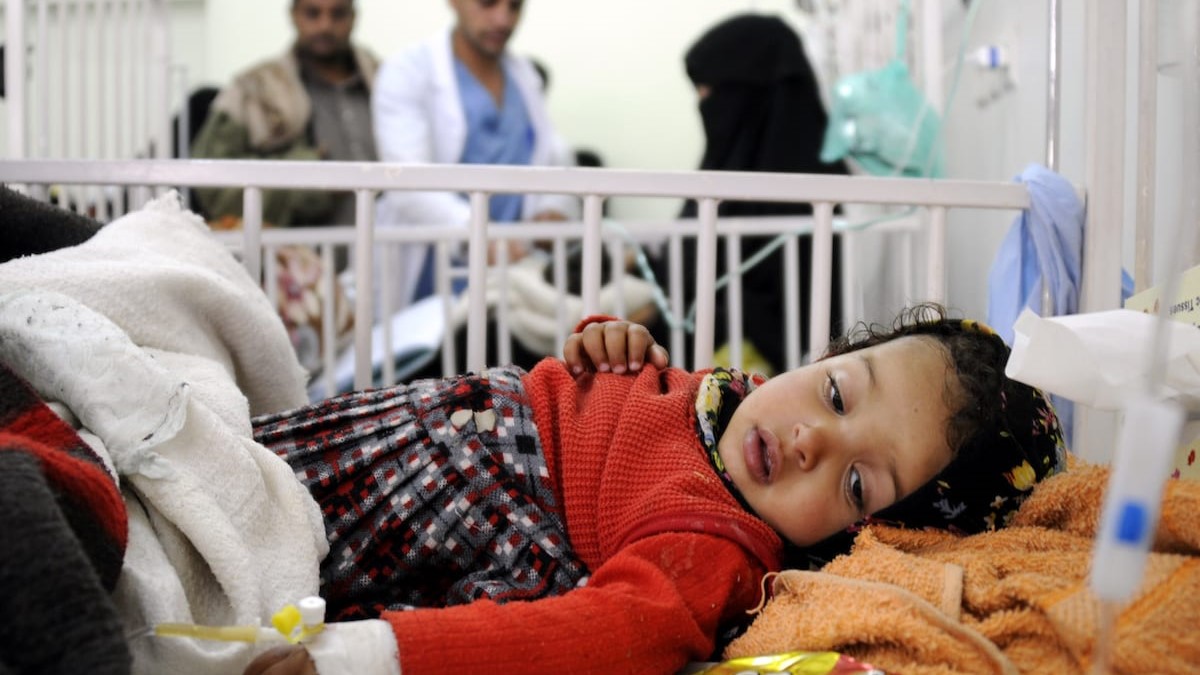 The Entesaf Organization for the Protection of Women and Children’s Rights said in a statement on 20 November that the Saudi-led coalition’s war against Yemen has resulted in the killing and injury of over 8,000 Yemeni minors.

The statement, which was released in commemoration of World Children’s Day, detailed that since the start of the Saudi-led war in 2015, 3,860 children have been killed and another 4,256 have been injured.

According to Entesaf, the number of disabled people has increased by 50 percent, jumping from a pre-war figure of three million people to a current 4.5 million. It further estimated that around 6,000 people have been handicapped by the war since 2015, including around 5,559 children.

The rights group also highlighted that almost 3,000 schools have been destroyed or damaged, leaving hundreds of thousands of children without an education.

The statement goes on to denounce the use of internationally banned weapons such as land mines and cluster bombs, which have been used throughout the conflict by the Saudi-led coalition.

“More than 80 newborns die every day in Yemen due to the use of internationally banned weapons. This accounts for the high rate of premature Yemeni infants, as one third of the child births in the country are untimely,” Entesaf said.

As Saudi Arabia and its allies, both those within the coalition and outside of it, continue to loot Yemen’s natural resources, an extension of the UN-brokered humanitarian ceasefire agreement seems even further out of reach.

Resulting from the Saudi-led coalition’s failure – as well as that of the international oil companies operating in the country – to heed the continuous warnings of Ansarallah and the Yemeni Armed Forces, Yemen has recently resorted to military operations which target foreign vessels involved in the looting.

Ahmad al-Ozaib, a public servant affiliated with the Sanaa government, was quoted as explaining that Ansarallah is “attempting to avoid a revolt of government employees under their control by demanding the Presidential Leadership Council (PLC) pay salaries from revenues [gathered from] Sanaa airport, Hodeidah port, telecommunications, and taxes.”

Essentially, Ansarallah is trying to prevent the PLC from selling the looted oil until all public servants have received their salaries.

The payment of the salaries of public servants in the areas under Sanaa’s control has been one of Ansarallah and the National Salvation Government’s (NSG) major terms for the extension of the truce agreement. Despite this, the crucial demand has been disregarded by the Saudi-led coalition.

Ozaib’s remarks suggest that the Saudi-backed government has been misusing the revenues generated from the country’s facilities, and is more than capable of allowing public servants to receive their salaries.