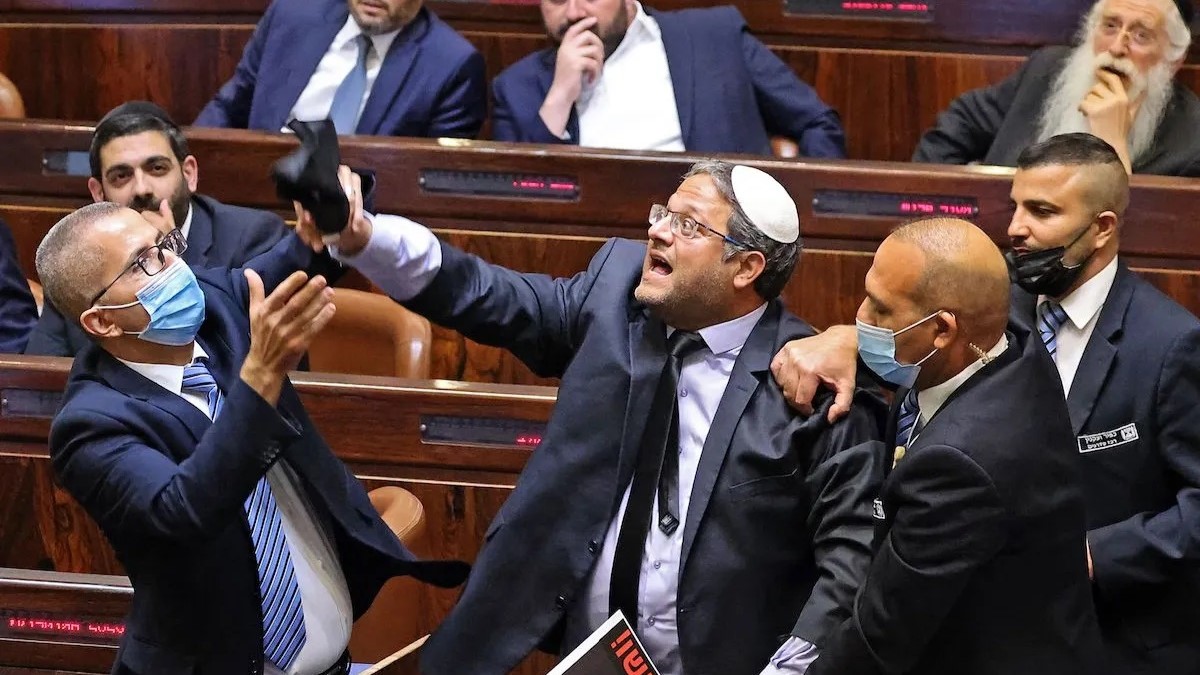 As per the agreement, anti-Arab zealot Itamar Ben Gvir will serve in the newly created role of National Security Minister – an expanded public security minister role – and will have a seat in the security cabinet.

“We took a big step tonight toward a full coalition agreement, toward forming a fully, fully right-wing government … I am happy that the agreement on the ministries that Otzma Yehudit will receive will allow us to realize our election promises,” Ben Gvir said in a statement.

While Likud and the Religious Zionist party have so far only signed an annex to a coalition deal, the agreement will also give Ben Gvir’s extremist group control of the ‘Development of the Negev, Galilee, and National Fortitude Ministry;’ the role of deputy minister in the Ministry of Economy; chairmanship of the Knesset’s Public Security Committee; and rotating chairmanship of the Special Committee for the Israeli Citizens’ Fund (which oversees state revenue from gas drilling).

The ‘Negev and Galilee Ministry’ will specifically be responsible for regulating the expansion of illegal settlements in the occupied West Bank.

During this month’s elections, the Religious Zionist party helped Netanyahu secure a commanding 64-seat majority in the Knesset.

The far-right party has on previous occasions called for the formal annexation of the entire occupied West Bank – in violation of international law – as well as the seizure of the Al-Aqsa Mosque compound in occupied East Jerusalem to place it under Jewish ownership.

Ben Gvir himself has led several violent incursions into the Muslim holy site under police protection and has overseen the expulsion of Palestinian worshippers.

Weeks before the election, Ben Gvir made headlines for pulling a gun on Palestinians in the Sheikh Jarrah neighborhood of East Jerusalem, urging settlers to shoot at the locals.

He is also an outspoken proponent of creating a “deportation law”  that would target anyone who is “disloyal” to the State of Israel.

On top of this, just this week, the firebrand lawmaker called for the resumption of targeted assassinations of Palestinians in the wake of a bomb attack in occupied Jerusalem.