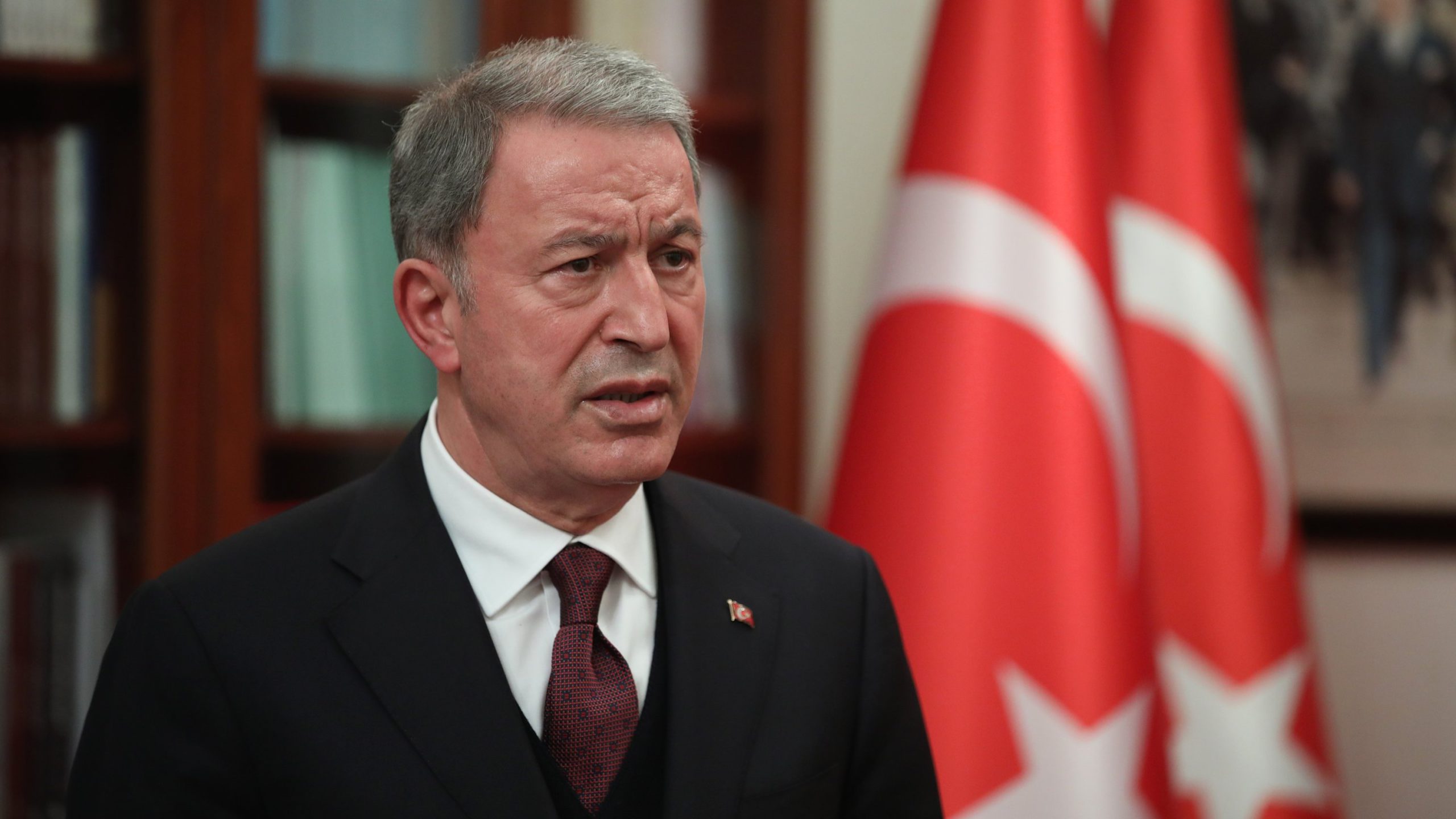 In a press statement on 25 November, Turkish Defense Minister Hulusi Akar denied Ankara’s alleged targeting and bombing of a US military base in northern Syria earlier this week, which according to Press TV, resulted in the killing of two US-backed Syrian Democratic Forces (SDF) militants on 22 November.

The press statement came following a meeting at the headquarters of President Recep Tayyip Erdogan’s Justice and Development Party (AKP).

“It is absolutely not possible for us to harm coalition forces or civilians … Our only target is the terrorists. Wherever there are terrorists, our target is there. Not harming civilians and the environment is our most important principle,” Akar said.

The defense minister also announced the “neutralization” of 326 Kurdish “terrorists” in Iraq and Syria since the start of “Operation Claw-Sword,” which he vowed would continue throughout the press statement.

The operation is an expansion of the already active Turkish military operation in Iraq and Syria, and was launched with the purpose of avenging the 13 October Istanbul bombing, which Ankara has blamed on Kurdish militants and US intelligence.

Since the deadly blast, the Turkish operation has seen Ankara’s military launch countless airstrikes against Kurdish positions across Iraq and Syria. The strikes have not been limited to Kurdish positions, however, as Turkish strikes against Syrian Arab Army (SAA) checkpoints have also taken place, resulting in the deaths of Syrian soldiers. Additionally, Turkey has threatened to begin a ground offensive.

According to a Kurdish official, a Russian military base was hit by Turkish strikes on 23 November.

The SDF, which is militarily aligned with the Kurdistan Workers Party (PKK) affiliate in Syria, has suspended operations with the US army in protest against the Turkish strikes. This is something that has happened before following Turkish strikes on northern Syria in August.

On 23 November, SDF commander General Mazloum Kobane Abdi said the US has a “moral duty” to protect the Kurdish militia from a Turkish ground offensive. The US-backed militia has, in the past, accused its ally of failing to protect it from Turkish aggression.

In clear appeasement of Ankara, who has openly accused Washington of supporting Kurdish groups, the White House said the day before that Turkey has the right to defend itself against the Kurdish “terrorist threat.”