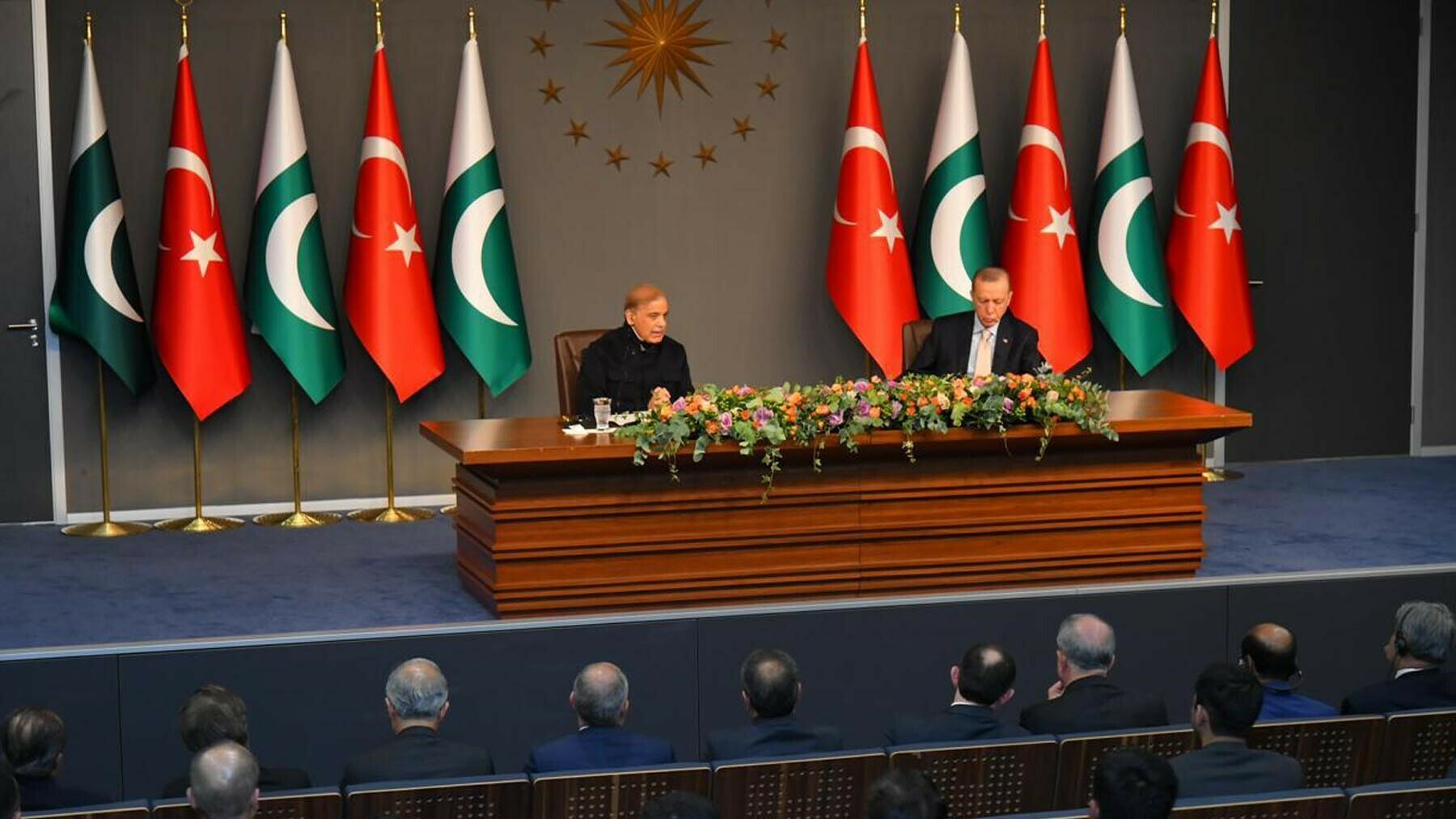 In a joint press conference on 26 November, the Prime Minister of Pakistan invited Turkish President Recep Tayyip Erdogan to join the China-Pakistan economic corridor (CPEC) and play a key role in shaping the economic future of Asia.

Sharif described the joint cooperation as “wonderful,” capable of bringing prosperity and progress to the entire region. He added that such projects help alleviate poverty and improve the quality of education.

“I would suggest we [create] economic cooperation between China, Pakistan, and Turkey. This would be a wonderful joint cooperation – This is how we can meet the challenges of today,” Sharif was quoted as saying by Pakistan-based Dawn news website.

Sharif added that he is ready to present this proposal to the Chinese president, and assist Turkey in its bid to join the Chinese effort for economic property in Asia.

The first reports about a possible expansion of the CPEC emerged in July, sparking outrage by India, who viewed this as a grave threat to its national security.

“Any such actions by any party directly infringe on India’s sovereignty and territorial integrity,” the spokesperson of the Indian Ministry of External Affairs, Arindam Bagchi, said at the time.

The CPEC lies at the heart of China’s massively ambitious Belt and Road Initiative (BRI), where a war of economic corridors is in full swing.

According to the Observatory of Economic Complexity, trade between Pakistan and Turkey increased twofold last year, from $599.6 million to $1.1 billion in 2021. It has since maintained a steady rise.

Earlier in August, Ankara and Islamabad signed the Preferential Trade Agreement (PTA), to boost trade and economic ties between the two countries.

The agreement was hailed as a “a great moment and a milestone in the brotherly and historic relations between Pakistan and Turkey,” by Sharif.

Pakistan and Turkey share an inseparable bond which has strengthened over time-PM Shehbaz Sharif and Turkish President @RTErdogan together on the joint launch of PNS Khyber.
🇵🇰🤝🇹🇷#PMShehbazinTurkey pic.twitter.com/lAiDmpaRWt

Sharif’s two-day visit to Istanbul came at the invitation of Erdogan to jointly commemorate the inauguration of PNS Khaibar, a MILGEM-class corvette ship built in Turkey.

“Pakistan and Turkey enjoy fraternal ties deeply embedded in commonalities of faith, culture and history and underpinned by exceptional cordiality and mutual trust,” reads a statement by the Pakistani Prime Minister’s office.

The handout added that “the MILGEM project represents a significant milestone in the Pakistan-Turkey strategic partnership that continues to progress on an upward trajectory.”

Pakistan’s three Turkish-made ships will enter service starting August 2023, with an expected delivery interval of each being six months apart, according to TRT World.