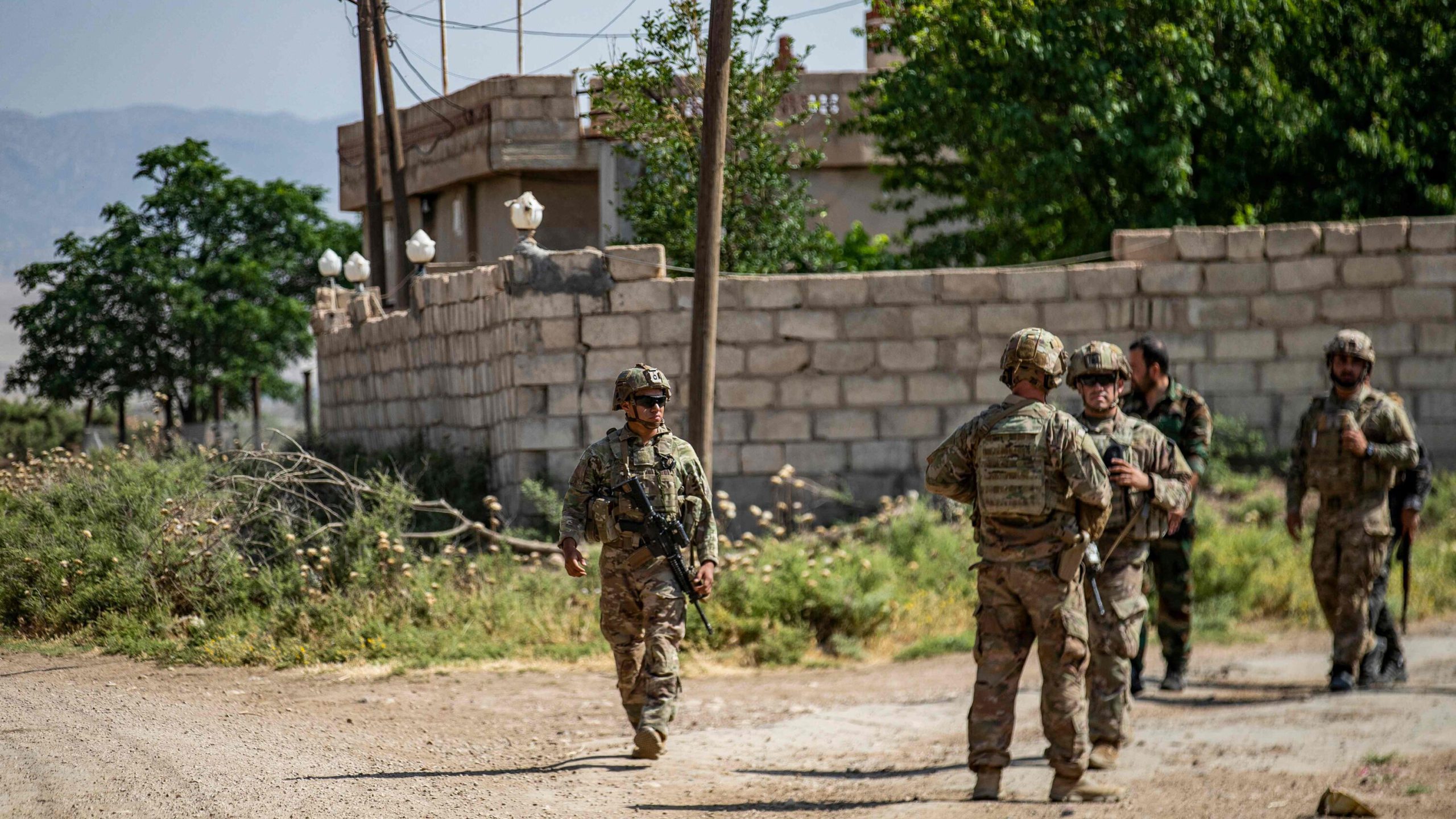 A US military patrol base in Al-Shaddadi, south of Syria’s northeastern Hasakah governorate, was targeted by two Katyusha missiles on 25 November, US Central Command (CENTCOM) announced in a statement.

This was the second attack on a US military base in Syria in just over a week, following the 17 November attack on Washington’s Green Village military base near the Al-Omar oilfield.

“Two rockets targeted coalition forces at the US patrol base in Al-Shaddadi, Syria, today at approximately 10:31 p.m. local time in Syria (4:31 p.m. EST). The attack resulted in no injuries or damage to the base or coalition property. Syrian Democratic Forces (SDF) visited the rocket origin site and found a third unfired rocket,” the CENTCOM statement read.

According to local sources, large explosions were heard in Al-Shaddadi at midnight from inside the base.

Following the attacks, US military helicopters and drones reportedly flew over Al-Shaddadi at a low altitude as the US-backed SDF deployed patrols around the area.

The illegal military base is located in the Directorate of the Al-Jibsah Oilfields, a former central hub for Syria’s state-run petroleum company.

US airstrikes destroyed the base in 2015 and 2016; it now serves as a training camp for the SDF and a facility to house British and French troops belonging to Washington’s coalition in Syria. It is also considered one of the country’s largest US military bases.

Over the past year, there has been a surge in rocket and drone attacks against US bases in Syria. The illegal presence of US troops contributes to a growing dissatisfaction within the Syrian population and local tribes. US presence is centered around plundering Syrian natural resources under the guise of confronting ISIS.

Despite the growing discontent, the US has recently expressed that it has no plans to withdraw from Syria or end its draconian sanction policy against Damascus. Given Washington’s stance, it is expected that attacks against US forces in Syria will increase.