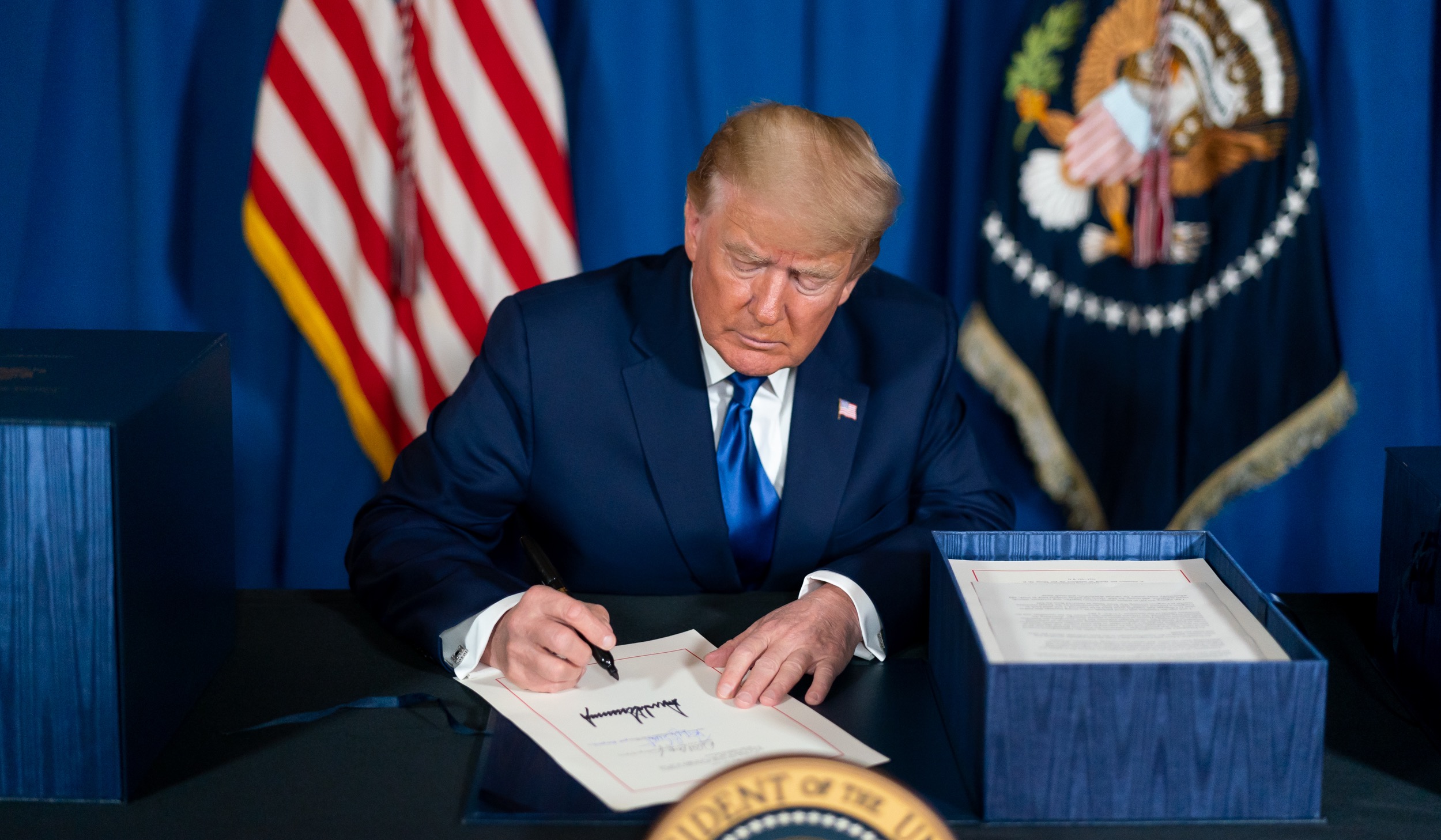 In relation to the assassination of senior Iranian anti-terror commander Lieutenant General Qassem Soleimani, as well as the Iraqi commander of the Popular Mobilization Units (PMU), Abu Mahdi al-Muhandis, several Iraqi citizens have filed a lawsuit against former US President Donald Trump, former Secretary of State Mike Pompeo, the former US ambassador to Baghdad, and some previous Iraqi officials.

On 27 November, 78 individuals took legal action against the former US officials and registered their case at the Federal Court of Appeal in Baghdad. Among those who took legal action is Muhandis’ brother, Muhammad Hassan Jaafar al-Muhandis.

The IRGC and PMU generals were assassinated on 3 January 2020 in a US drone strike near Baghdad’s International Airport. Two days after the attack, local lawmakers ratified a bill demanding the withdrawal of foreign presence led by the US and its allies.

In recent months, the IRGC has launched several attacks against Kurdish militant groups residing in Iraq’s autonomous Kurdish Region (IKR), calling on the government in Baghdad and Erbil to expel the armed separatist groups fueling violence in the streets of Iran.

In addition, the commander of Iran’s Islamic Revolutionary Guard Corps ground force, General Muhammad Pakpour, announced that troops would be sent to the country’s Kurdish border regions to prevent “the infiltration of terrorists” from the Iraqi Kurdistan Region (IKR).

Despite Baghdad and Tehran sharing similar rhetoric on the presence of foreign powers in Iraq, Iraq recently condemned Iran over its frequent attacks against the western-backed Kurdish forces in the IKR.

However, several Iraqi officials have argued that the IKR is filled with foreign intelligence groups such as Mossad and the CIA.