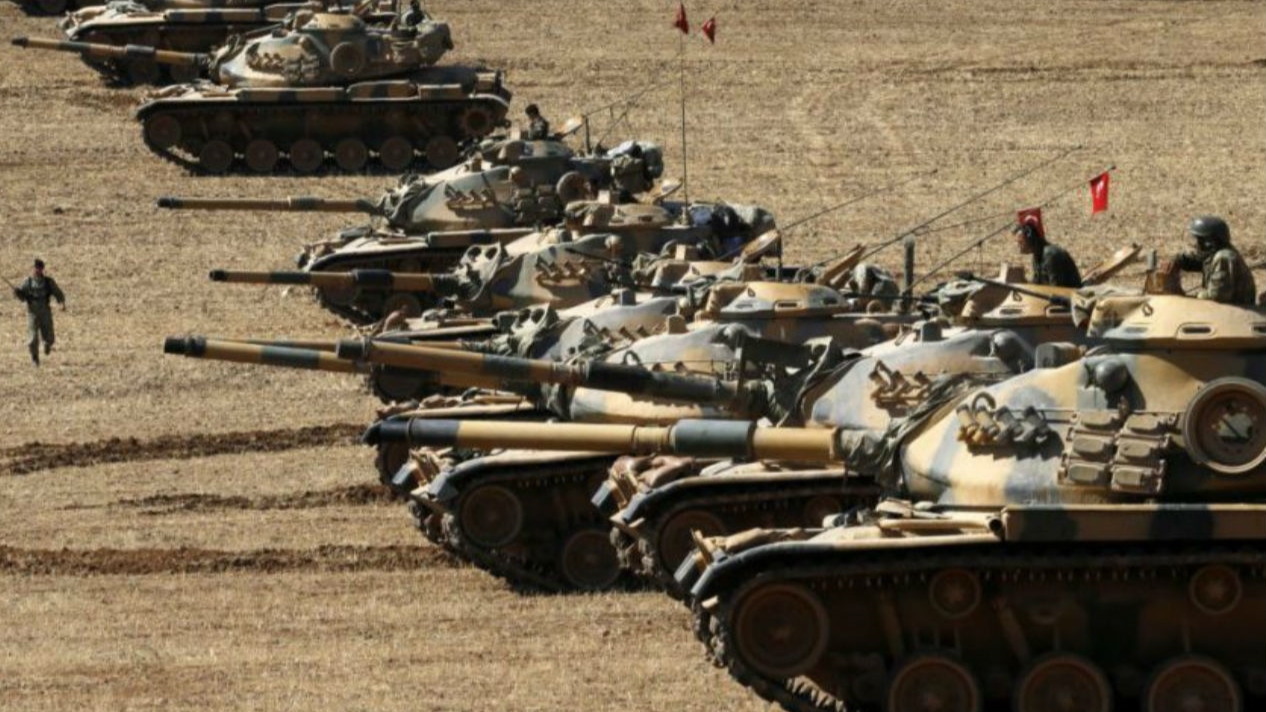 The Syrian and Turkish armies have deployed reinforcements close to the contact lines in occupied northern Syria, with Ankara reportedly mobilizing troops to the city of Azaz in northwest Aleppo governorate, while Damascus is bolstering its presence in the nearby city of Kobani to the east.

According to local sources who spoke with Lebanese daily Al Akhbar, Turkish-backed armed groups controlling the city of Aleppo have started preparations to participate in a planned Turkish ground offensive.

Turkish intelligence and army officials have reportedly held meetings with factions leaders in Aleppo to demand a stop to the in-fighting gripping the region, and to assess the cost of paying the mercenaries, who are set to receive “rewards” for their participation in the ground attack on top of their monthly stipend paid by Ankara.

Al Akhbar’s sources allege that, in addition to preparing lists of fighters and doing an inventory of their weapons, the Turkish officials are pushing their hired militias to overcome any differences with the Hayat Tahrir al-Sham (HTS) armed group – formerly known as the Al-Nusra Front – which is also expected to take part in the Turkish ground offensive.

On the other hand, Syrian media reports that Damascus has deployed at least 20 tanks and armored personnel carriers, as well as artillery and heavy machine guns, to Kobani, where troops from the Syrian Arab Army (SAA) are currently stationed.

The reinforcements were deployed in the wake of more than 40 artillery attacks by the Turkish army and the Syrian opposition on the outskirts of Ain al-Arab and Tal Rifaat.

Over the past two weeks, Turkiye has been attacking the positions of Kurdish militias in northern Syria and Iraq, allegedly in pursuit of those responsible for a terror attack in Istanbul.

The attacks have targeted the Kurdistan Workers’ Party (PKK) and the People Protection Units (YPG) – two militias that make up the bulk of the US-backed Syrian Democratic Forces (SDF).

In an attempt to defuse the situation, Russia has been in talks with the SDF to convince the group to hand over control of the cities of Ain al-Arab, Manbij, and Tal Rifaat to Damascus. However, these talks have yet to bear fruit, as the Kurdish groups are reportedly divided between leaving with the least possible damage by opening up to Damascus, and trusting in the promises of the US government.

While Washington has condemned the attacks on Kurdish targets, US officials have also expressed ‘understanding‘ for Turkiye’s actions.

Nonetheless, the SDF is seemingly convinced that Ankara’s escalation is made “just for show” months before presidential elections in the country and believes Washington will stop any ground offensive before it starts.