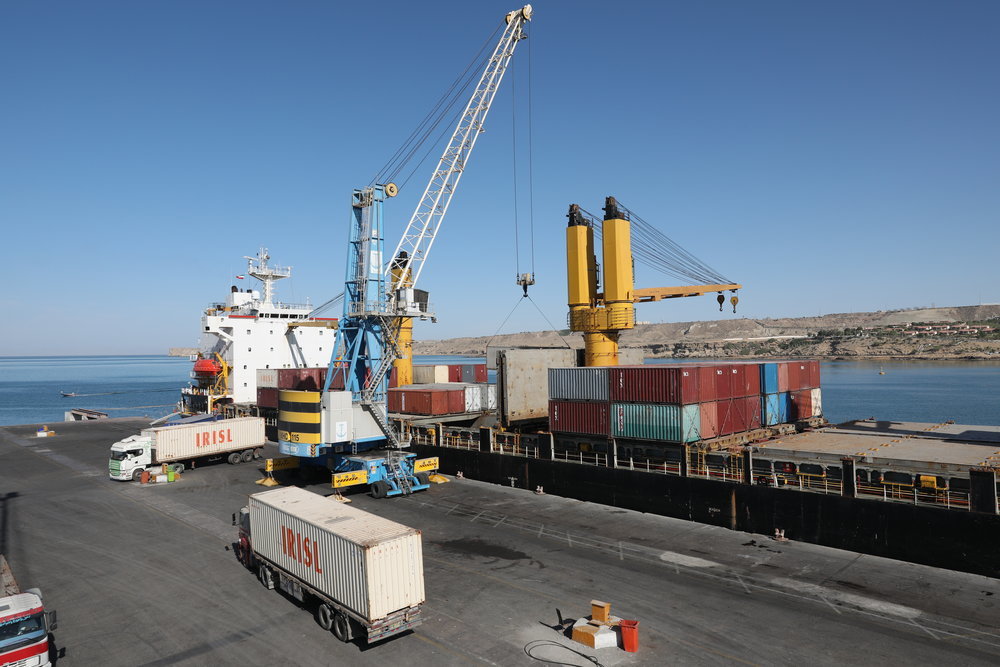 The Economic Times of India revealed in a report on 28 November that Russia and Iran have agreed to increase the volume of cargo transit along the International North-South Transport Corridor (INSTC) to 12 million tons.

The agreement was inked during a recent visit by the head of the Iranian Railway infrastructure, Miad Salehi, who met with his counterpart in Moscow while on a two-day visit.

“With the targeting of 12 million tons of transit in today’s agreement with the head of Russian Railways, a new page is opened in Iran’s international rail relations,” Salehi was quoted by Iranian state media as saying.

The agreement aims to accommodate the increase in trade volumes between Moscow and New Delhi – through Iran – in a cost-effective and robust trade corridor.

With roughly a 7,500 km-long network of land and sea routes, the INSTC will reduce the cost to transit cargo by about 30 percent and significantly decrease transportation time from 40 to 25 days, compared to existing routes.

The report added that this economic cooperation was the main focus of the Indian Minister of Foreign Affairs, Subrahmanyam Jaishankar, during his recent visit to Russia on 8 November.

Additionally, Russia has agreed to increase its investment in the Shahid Rajaei and Chabahar ports to boost their capacity.

Earlier in June, the Islamic Republic of Iran Shipping Line Group (IRISL) started to transit cargo between Russia and India along the INSTC.

The decision was the outcome of a recent diplomatic visit by Iranian Foreign Minister Hossein Amir-Abdollahian to New Delhi for talks with his Indian counterparts.

According to details revealed by Iranian officials, the cargo will pass through the Caspian Sea port of Anzali on its way to the Iranian port of Bandar Abbas, towards India’s largest container port.

The cooperation between India and Iran could be expanded to accommodate oil shipments by disregarding the US sanctions against the Iranian energy sector.

A similar affirmation was given by the country’s ambassador to India, Iraj Elahi, who expressed Iran’s “readiness to increase our economic ties with India. It’s up to India. We are ready to deliver oil. Independence of Iran is the best guarantee for India.”

Moreover, the cooperation between Tehran, New Delhi, and Russia indirectly counters the Chinese-Pakistani economic corridor, which India views as a grave threat to its national security.