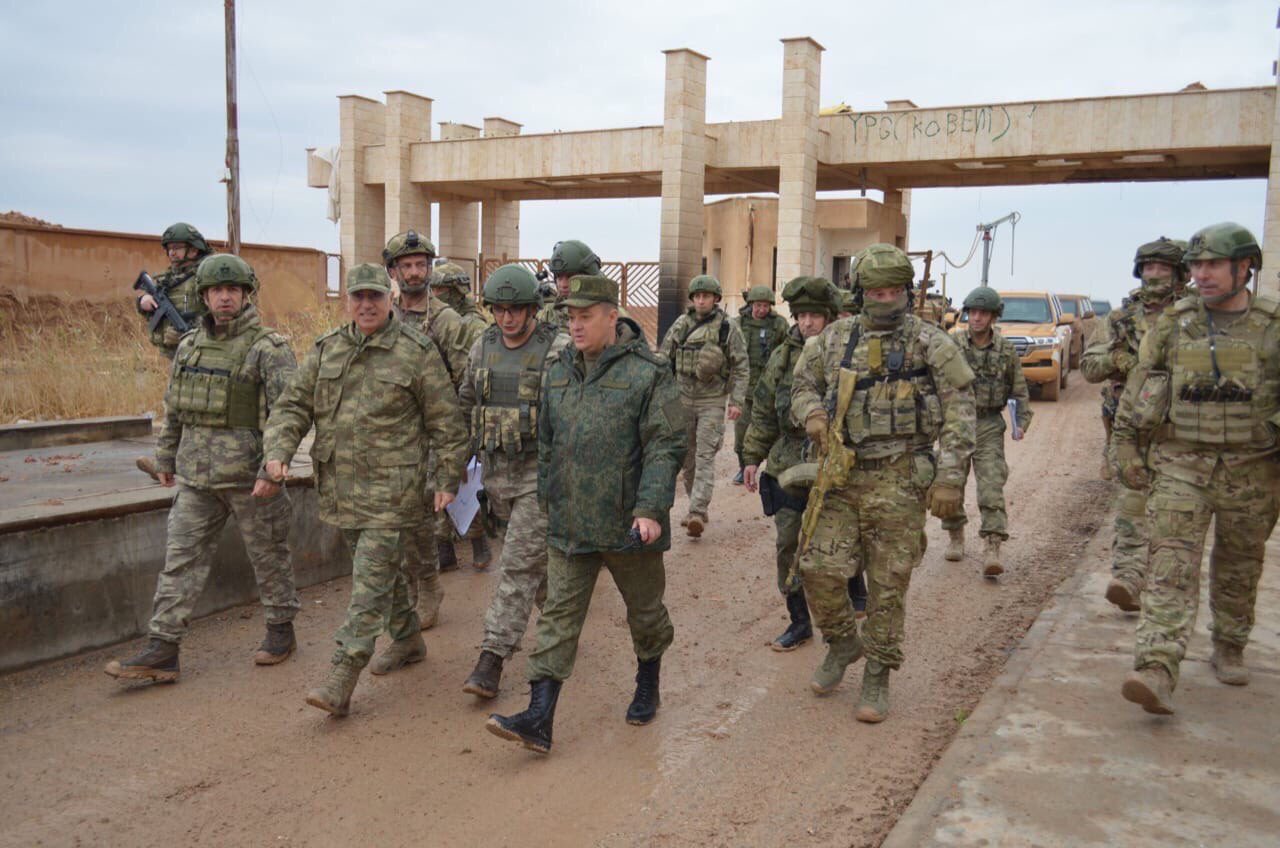 The commander of Russia’s military forces in Syria, Colonel General Alexander Chayko, met with the leader of the US-backed Syrian Democratic Forces (SDF), Mazloum Kobane Abdi, on 27 November to discuss the threat of Turkiye’s ground invasion.

According to local sources that spoke to Lebanon’s Al Mayadeen news outlet, the Russian official visited Abdi in Hasakah governorate to discuss allowing the Syrian Arab Army (SAA) to take control of Syria’s northern border “at a depth of 30 km.”

The Kremlin has reportedly asked the Kurdish militia to return control of Ain al-Arab, Manbij, and Tal Rifaat in Aleppo governorate to Damascus in order to defuse the crisis with Turkiye.

However, Arabic media reports claim that divisions within the Kurdish groups that make up the SDF have prevented an agreement, as many still hope Washington will fulfill the promises made to its proxy militia.

Last week, Abdi said the US has a “moral duty” to prevent a Turkish ground offensive targeting Kurdish militias in northern Syria. He also stressed that the SDF would “resist the attack,” which threatens an all-out war along the borders.

The SDF is allegedly also concerned about a possible rapprochement between Ankara and Damascus, which would threaten its so-called “autonomous administration” in US-occupied regions of northern Syria.

Over the past two weeks, Turkiye has been attacking the positions of Kurdish militias in northern Syria and Iraq, allegedly in pursuit of those responsible for a terror attack in Istanbul.

The attacks have decreased over recent days, allegedly thanks to US mediation between Ankara and the SDF, led by US ambassador Jeffry L. Flake.

During a meeting with the Turkish defense ministry, Flake reportedly offered Ankara a 30-kilometer pullback of Kurdish forces to stop the ground offensive.

According to a Kurdish media report, however, Ankara has not only demanded a 30-kilometer withdrawal of the SDF from Turkiye’s borders, but also that all members of the Kurdistan Workers Party (PKK) in Syria be handed over to Turkish custody.

On top of this, Turkiye also wants “the allocation of partial oil revenues in SDF-controlled areas for the benefit of factions loyal to Ankara [and the areas under their control],” referring to the Syrian National Army (SNA) and the Free Syrian Army (FSA).

On 28 November, both Syria and Turkiye deployed reinforcements to the occupied Aleppo governorate in anticipation of possible hostilities.