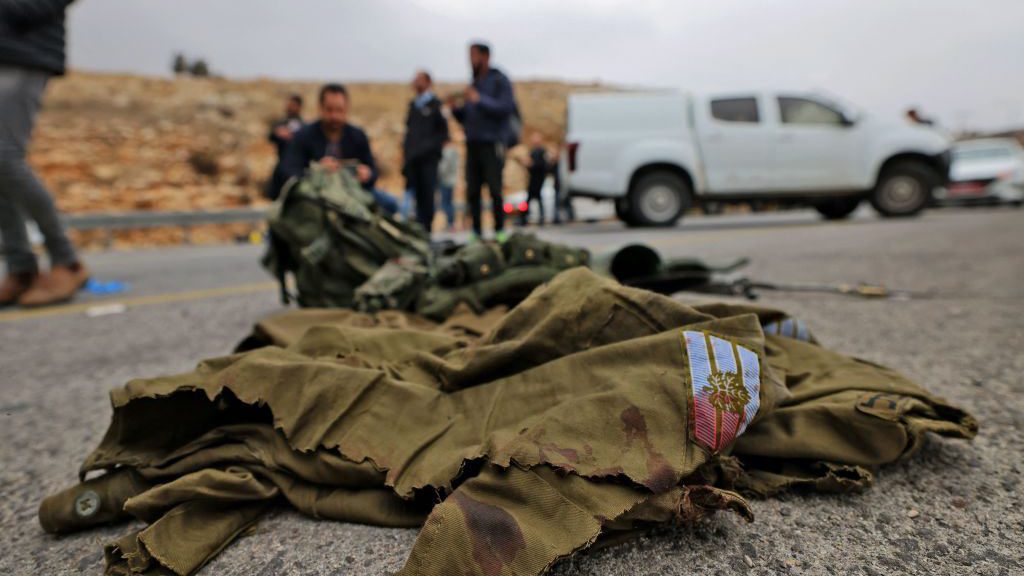 Aftermath of an attack on Israeli army occupation soldiers in the West Bank on 29 November 2022. (Photo Credit: Ahmad Gharabli via Getty Images)

Israeli military correspondent Amir Bohbot revealed in a report in Walla News that over 500 Palestinian resistance operations were thwarted in 2022, according to an estimation by Aman – Israel’s Military Intelligence Directorate.

Bohbot added that around 2,500 Palestinians were arrested for their alleged involvement in shooting operations, or their affiliation with Palestinian resistance cells in the West Bank.

Many were arrested out of suspicion of possible motives that could abet them to carry out attacks. The arrests were widespread and focused on targeting all military-age youth.

Moreover, the report disclosed that out of the 281 major attacks recorded this year, 239 targeted the Israeli army, while 42 were carried out against settlers.

The army assesses that the Palestinian Islamic Jihad (PIJ) and Hamas encouraged and directed many of these attacks by transferring funds from Gaza, Lebanon, and Turkiye.

Israeli TV, i24NEWS estimates that over 2,200 attacks were carried out in 2022, including 614 stone-throwing incidents against cars and two dozen separate shooting operations.

On the other hand, over 140 Palestinians were murdered in the West Bank, marking it the deadliest since 2006.

As a result of this “explosive situation,” the Israeli army has reinforced its forces in the West Bank with 36 additional combat battalions and is planning to build a 100 km separation wall.

However, the Israeli army remains highly dependent on the Palestinian Authority (PA) to foil many of the attacks. The PA has, on several occasions, assisted the army with intel on the whereabouts of resistance fighters.

The bust was part of a campaign to crack down on PIJ members, under the orders of the Israeli army. The PA considers Hamas and the PIJ a threat to its rule.

Nonetheless, the resistance factions in Gaza were able to transfer technology and knowledge to many in the West Bank, which contributed to the success of the twin-attacks in Jerusalem last week.

Additionally, the Israeli army failed to quell the lone-wolf attacks in the West Bank, as it reported its failure to prevent attacks carried by individuals, as opposed to organized cells affiliated with the resistance factions.

In the early hours of 29 November, Rani Mamoun Fayez Abu Ali from Beitunia rammed his car into an Israeli army soldier, severely injuring her.

The attack occurred near the Kokhav Yaakov settlement, an illegal settlement between Ramah in Benjamin and Beit El near al-Bireh.

Shortly after, Abu Ali was killed by nearby soldiers, making him the fourth Palestinian to be killed in Israeli gunfire in the past 24 hours.