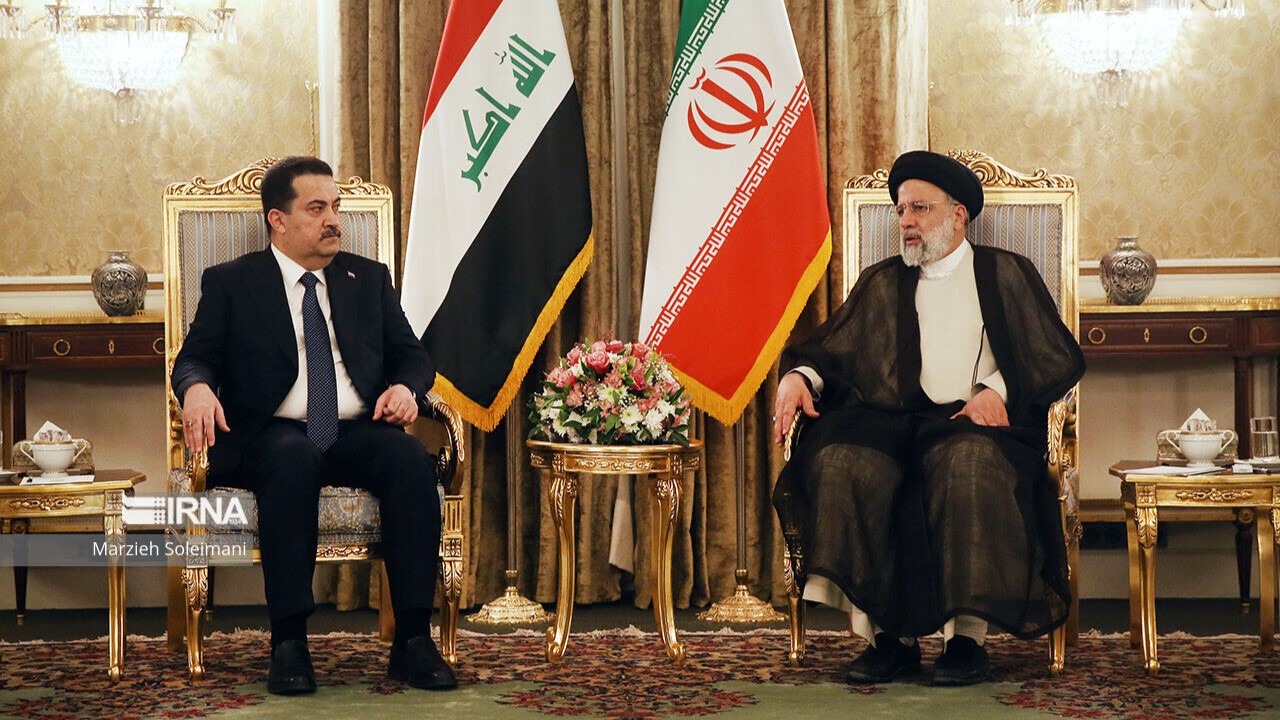 Iraqi Prime Minister, Mohammed Shia al-Sudani, arrived in Tehran on 29 November for his first visit to the Islamic Republic since taking office.

The prime minister will hold talks with Iranian President Ebrahim Raisi on bolstering political and economic relations between Iraq and Iran.

Upon his arrival, Sudani and his delegation were received by Raisi at the Saadabad complex.

“We congratulate you on the important responsibility for assuming the prime ministership and forming the Iraqi government after gaining confidence from the House of Representatives over the proposed ministers,” Raisi told the Iraqi prime minister at a joint press conference.

The Iranian president went on to express his hope for the success of the new Iraqi government, adding that “Iran intends to consolidate, deepen and develop bilateral cooperation” with Iraq.

Raisi also condemned the interference of “foreign forces” in the region and called for their “departure” while stressing cooperation between Baghdad and Tehran in the fight against terrorism, organized crime, and drug smuggling.

“Iranian and Iraqi governments believe that security, peace, and stability in the region are very important, and therefore the fight against terrorist groups, organized crimes, narcotics-smuggling gangs, and any insecurity that threatens the region is part of the agreements and common will of the two countries,” the Iranian president said.

Recently, Iran has dealt with increased threats against its border security, as armed Kurdish separatist groups on its border with Iraq – particularly the Kurdistan Democratic Party of Iran (KDPI) – have been stepping up attacks against the Islamic Republic.

Although Baghdad has condemned the Iranian operations on its territory, Tehran has told its neighbor – as in the past – that it will not compromise its national security. Last week, Iran sent reinforcements of the Islamic Revolutionary Guard Corps (IRGC) to its border with Iraq.

A day earlier, Iraqi troops mobilized towards the borders of Iran and Turkey, as Ankara has also been intensifying its anti-Kurdish operations in northern Iraq.

A few days ago, Sudani met with President Nechirvan Barzani of the Kurdistan Regional Government (KRG), during which they agreed on the importance of border security and preventing attacks against neighboring countries.

The issue of border security and economic ties between Tehran and Baghdad are expected to be among the main points of discussion during the current talks.