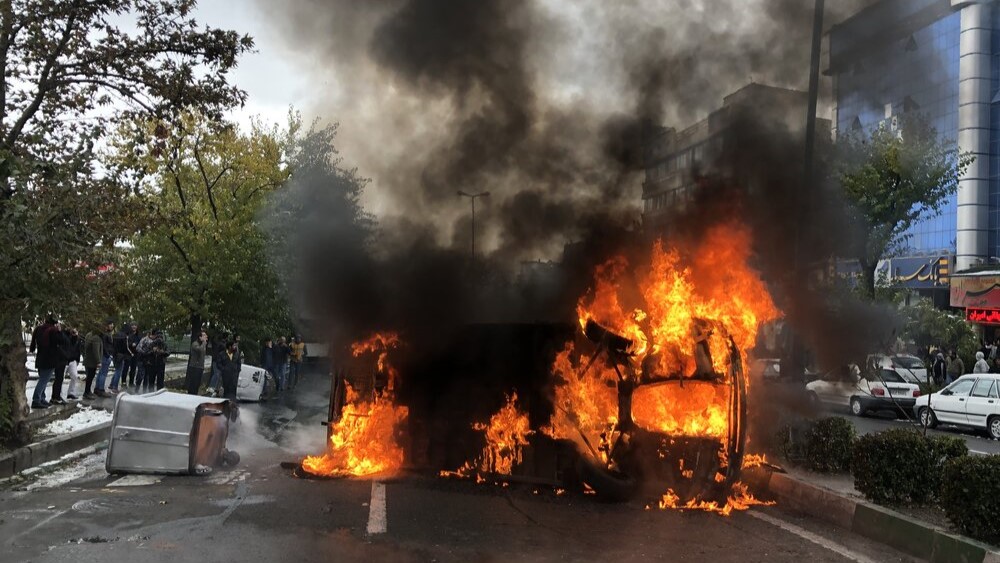 The Islamic Republic announced on 28 November – for the first time since mid-September – an updated death toll of over 300 people that have been killed in the ongoing protests, riots and general unrest sparked by the death of 22-year-old Mahsa Amini.

“Everyone in the country has been affected by the death of this lady … I don’t have the latest figures, but I think we have had perhaps more than 300 martyrs and people killed,” said Brigadier General Amirali Hajizadeh of Iran’s Islamic Revolutionary Guard Corps (IRGC), referring to the victims as “the best sons of the country.”

This death toll includes protesters, rioters, and Iranian security forces belonging to either the IRGC, its auxiliary forces, or Tehran’s police force.

Tehran claims it has yet to deploy live ammunition against rioters, and is instead using paintball and pellet guns. The Iranian opposition has rejected this claim.

According to Oslo-based NGO, Iran Human Rights, the death toll is higher than the figure given by Hajizadeh, standing at a minimum of 416 people. Another group, the US-based Human Rights Activists in Iran (HRAI), have put the figure at 451 protesters and 60 members of the security forces.

HRAI also claims that among the 451 casualties are 64 children, a number that has yet to be confirmed.

Associated with the Human Rights Activists News Agency (HRANA), HRAI is known as a group that receives funding from the National Endowment for Democracy (NED) – a CIA soft power front that has for decades funded regime-change efforts across the globe.

Earlier this month, HRAI was caught spreading misinformation about the sentencing of 15,000 Iranian protesters to death. The story went viral, with several western outlets reporting it as fact.

As Iran continues to face large waves of riots, western and Saudi-sponsored media outlets, as well as politicized rights groups, have framed the response by authorities as a brutal crackdown on peaceful protesters.

According to unofficial numbers reported by HRAI and others, 18,000 Iranian protesters have been detained by the authorities.

On 28 November, Iran announced the release of around 715 prisoners from across the country’s prisons, adding that some of those recently detained have also been released.

While the misinformation campaign against Tehran continues, attacks against the country’s security personnel are on the rise, and armed separatists continue to push for regime change in the Islamic Republic.