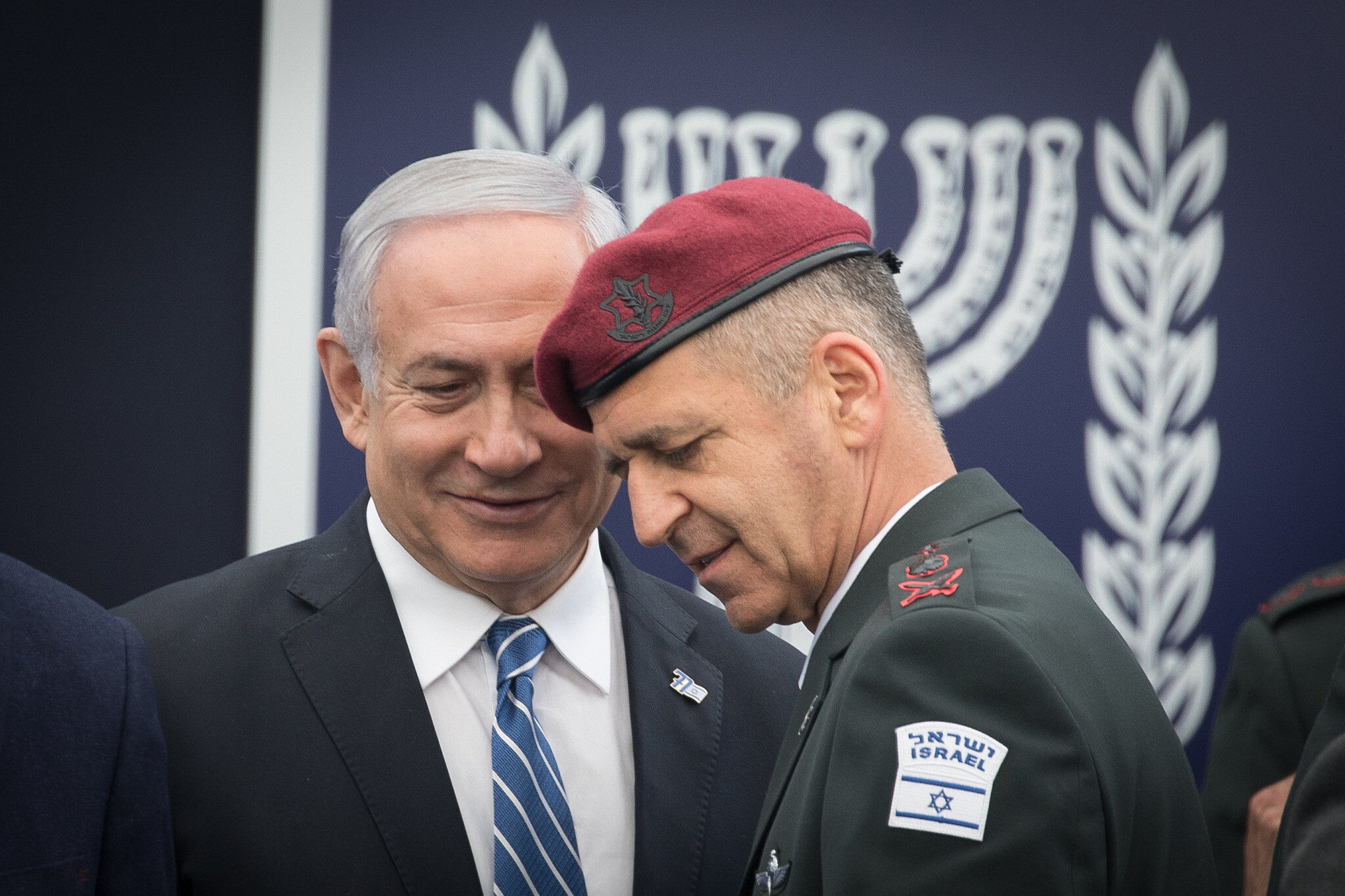 In a statement issued on 30 November, the Israeli army’s Chief of Staff, Aviv Kochavi, denounced “political interference” in the army’s decisions from high officials in the incoming government.

In particular, Kochavi took aim at the “unjust attack” by Jewish supremacist groups on Lt. Col. Aviran Alfasi, the commander of the Givati infantry brigade, which operates in the occupied West Bank.

Givati soldiers were recently involved in a series of violent attacks against civilians in Hebron.

Following the incidents, Alfasi sentenced two of the soldiers to 10 days in military prison, for their “unjustified violence that goes against army protocols.”

However, over the past week, the coalition of Prime Minister-designate, Benjamin Netanyahu, rallied in support of the two soldiers; Alfasi, meanwhile, became the target of extremist groups for doling out the punishment.

“Slandering commanders on political grounds is a slippery slope that we as a society must not let slide … political interference in the army directly harms its legitimacy,” the Israeli chief of staff said in a statement on Wednesday.

“We will not allow any politician, neither from the right nor from the left, to interfere in command decisions and use the army to promote a political agenda,” the statement concluded.

Leading the alleged “political interference” in this case is the ultra-nationalist Otzma Yehudit (Reigious Zionist) party, and its leader, Itamar Ben Gvir,  who has asked for the punishment of Alfasi.

Likud party officials also sent a letter of condemnation to outgoing Minister of Defense, Benny Gantz, demanding “the end of this charade.”

Today in Hebron an Israeli soldier says to a group of Palestinian and Israeli activists: “Ben Gvir will make order here, he will end all the things you are doing…I’m the law here and I say you are acting against the law” video Credit: Issa Amro pic.twitter.com/zteGTdjSjf

Kochavi’s concern was echoed by influential members of the current opposition and members of the Israeli army, who viewed the rise of the ultra-orthodox political coalition as an end to the army’s integrity.

In a speech at a conference held by the Israeli Democracy Institute, Knesset member and former Israeli army chief of staff, Gadi Eisenkot, attacked Netanyahu and accused his allies’ behavior of “undermining the authority of the command in the Israeli army, and harming the public’s trust.”

Eisenkot added that this would eventually lead to the army’s dissolution, especially once Ben Gvir assumes command of the Ministry of National Security.

“For years, the army and police have established an agreement that the overall command is for the chief of staff. This cannot change – never will an appointed minister be in the chain of command,” Eisenkot reckoned.

Israeli TV Channel 13 pointed out that the internal laws of the Israeli army stipulate that only the chief of staff commands the soldiers and can give orders.

The civilian authority, represented by the prime minister and overall government, has no power over individual soldiers and can only issue commands to the overall commander, the chief of staff.

Since winning this month’s elections, largely thanks to the Otzma Yehudit party, Netanyahu has given supremacists like Ben Gvir and Bezalel Smotrich key positions in what has been described as Israel’s most far-right government to date.