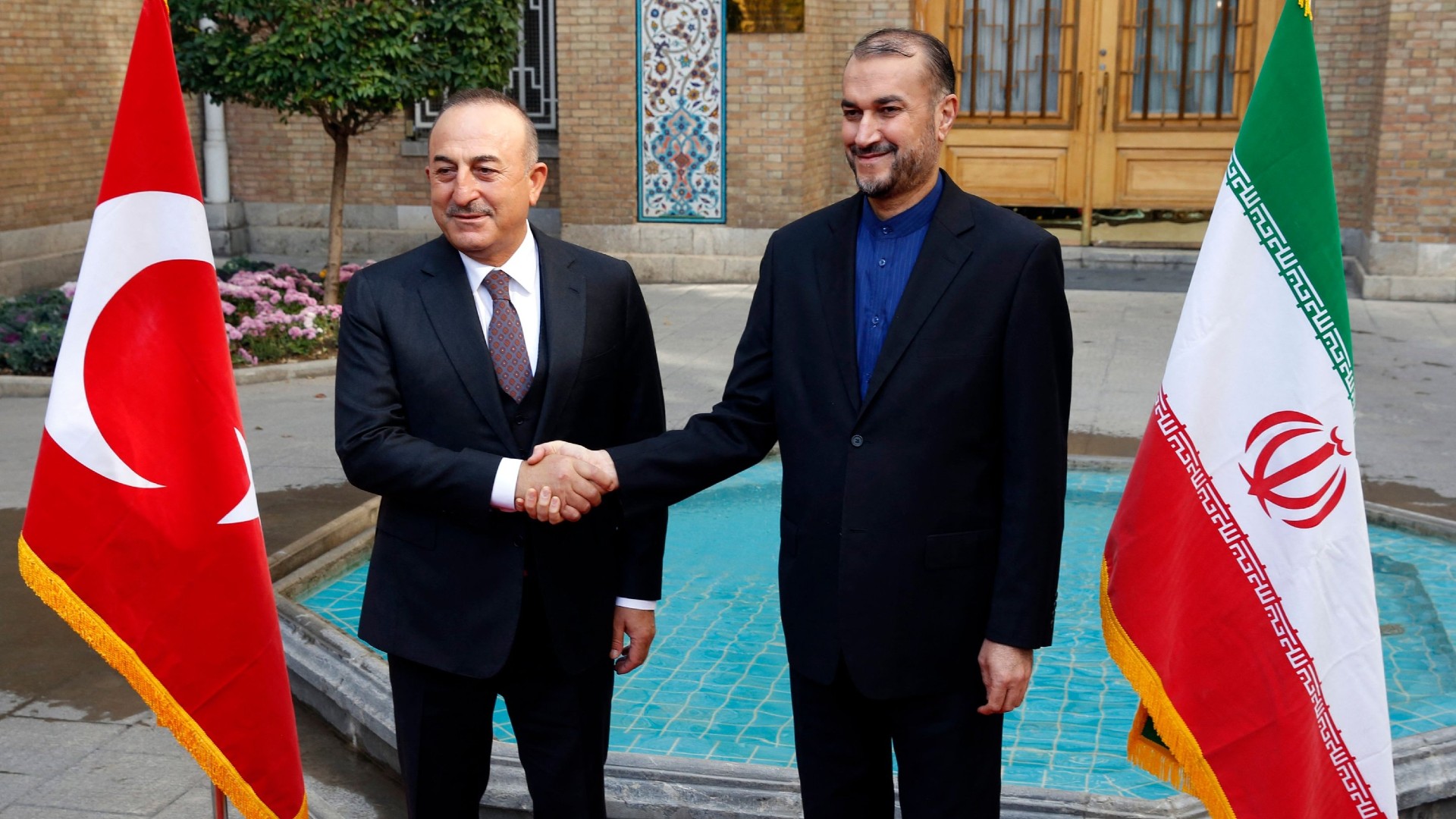 Iran’s Foreign Minister Hossein Amir-Abdollahian on 29 November affirmed Tehran’s understanding of Turkiye’s security predicament regarding its shared border with Syria, and clarified that Iran is ready to assist in alleviating tensions between Damascus and Ankara.

During a phone conversation, Amir-Abdollahian told his Turkish counterpart Mevlut Cavusoglu that Tehran understands Ankara’s border concerns. The foreign minister remarked that the situation requires further security talks between the two nations, as opposed to a full-scale offensive against the US-backed Kurdish groups – namely the Syrian Democratic Forces (SDF) – which would result in heavy casualties.

In response, Cavusoglu elaborated on Ankara’s position on Syria, and thanked the Islamic Republic’s role in trying to improve the situation between Turkiye and Syria, and was open to receiving further consultation from Iran in the coming months.

Despite the constructive talks between Iran and Turkiye, the Turkish Minister of Defense, Hulusi Akar, disclosed that Ankara’s operations against western-backed Kurdish militants will most likely expand beyond its borders as part of its ongoing “Operation Claw-Sword” against affiliates of the Kurdistan Workers’ Party (PKK).

Iran has also faced problems with Kurdish separatist groups in Iraq in recent months, as they continuously funnel weapons into Iran during a phase of nationwide protests instigated by the death of 22-year-old Kurdish woman Mahsa Amini. The Kurdish militant groups have been seeking to prolong Iran’s current insecurity.

Turkiye launched the operation following the Istanbul bombing on 20 November, which resulted in six casualties and several others injured. Turkiye holds the Kurdish groups in Syria responsible for the attack.

Local reports indicated that at least 400 shells were launched at targets in Syria and Iraq, destroying infrastructure at Manbij airport, Ain Daqna, and Maraanaz.

Turkish forces have been occupying 8,800 kilometers of northern Syria since 2016.