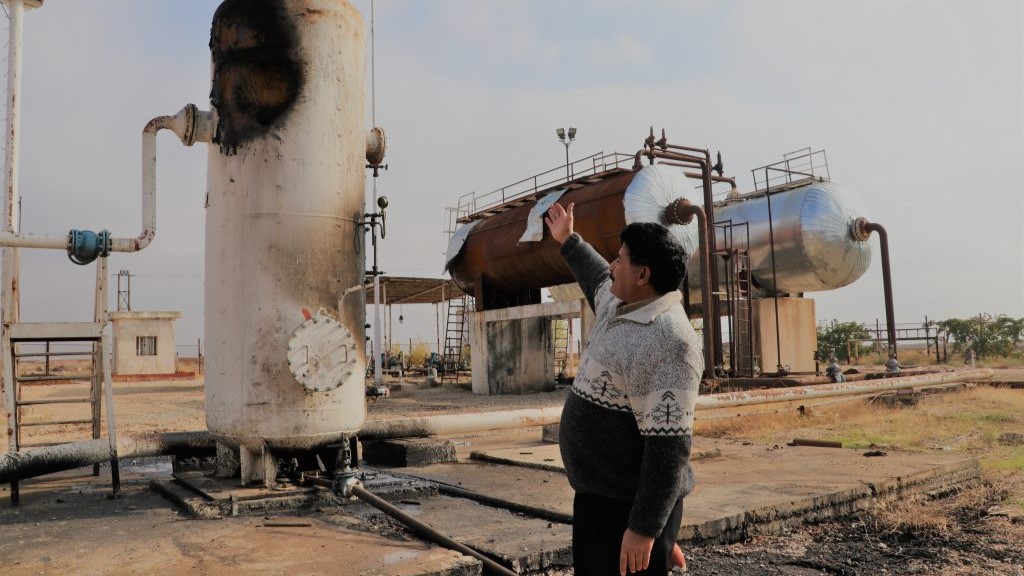 Syrian Oil Minister Bassam Tohme announced on 30 November that the Turkish airstrikes on northern Syria, which began around ten days ago, have severely damaged the country’s energy facilities, including a gas plant, several oil wells, and electricity stations.

“The brutal Turkish aggression against northern Syria has caused great damage to the oil facilities,” Tohme said in an interview with Syrian TV.

According to the oil minister, the Turkish bombardments hit a gas plant in the Hasakah governorate that was producing around “150 tons of domestic gas and about a million cubic meters of natural gas,” causing the plant to cease production. A number of power stations were also struck by Ankara, he said.

The bombing also led to “the burning of many wells,” which caused “significant environmental pollution due to reservoir explosions,” Tohme added.

Due to the occupation and management of Syria’s oil fields by the US military and its proxy, the Syrian Democratic Forces (SDF), the country has been forced to rely on energy imports, Tohme said, stressing that the situation is outside the control of Damascus.

“There is an actual crisis in oil derivatives that has pushed the government to austerity,” he said.

Because of Washington’s occupation of Syria’s oilfields and its incessant looting campaign, Syria is facing a severe energy crisis. Illegal US sanctions against Damascus have also perpetuated a crippling economic situation and have prolonged shortages.

“This is the first time that the [energy] infrastructure has been intentionally targeted … the only domestic gas plant in northeastern Syria going out of service. We are currently working hard to rehabilitate the facilities, but we are facing great difficulty due to the sanctions, which causes a shortage of replacement parts,” said Saad al-Assaf, the Deputy Chair of Syria’s Office of Oil and Natural Resources in the de facto semi-autonomous Kurdish zone.

As a result of shelling on the power stations and oil fields, a number of water pumps and desalination plants have been rendered out of order, worsening an already severe water crisis in northern Syria. This crisis is due to Ankara’s ongoing water cuts, which it has used as a tool since 2019 to pressure Kurdish militants in the area.

Turkiye’s operation in northern Syria has expanded significantly since the deadly Istanbul blast on 13 October, which Ankara has blamed on the Kurdistan Workers Party (PKK) and its affiliates in Syria, the People’s Defense Units (YPG), and the SDF.

As Moscow and Washington attempt to negotiate the prevention of a long-promised Turkish ground offensive against the SDF, the US-backed Kurdish militant group remains anxious that its ally is not doing enough to protect it.