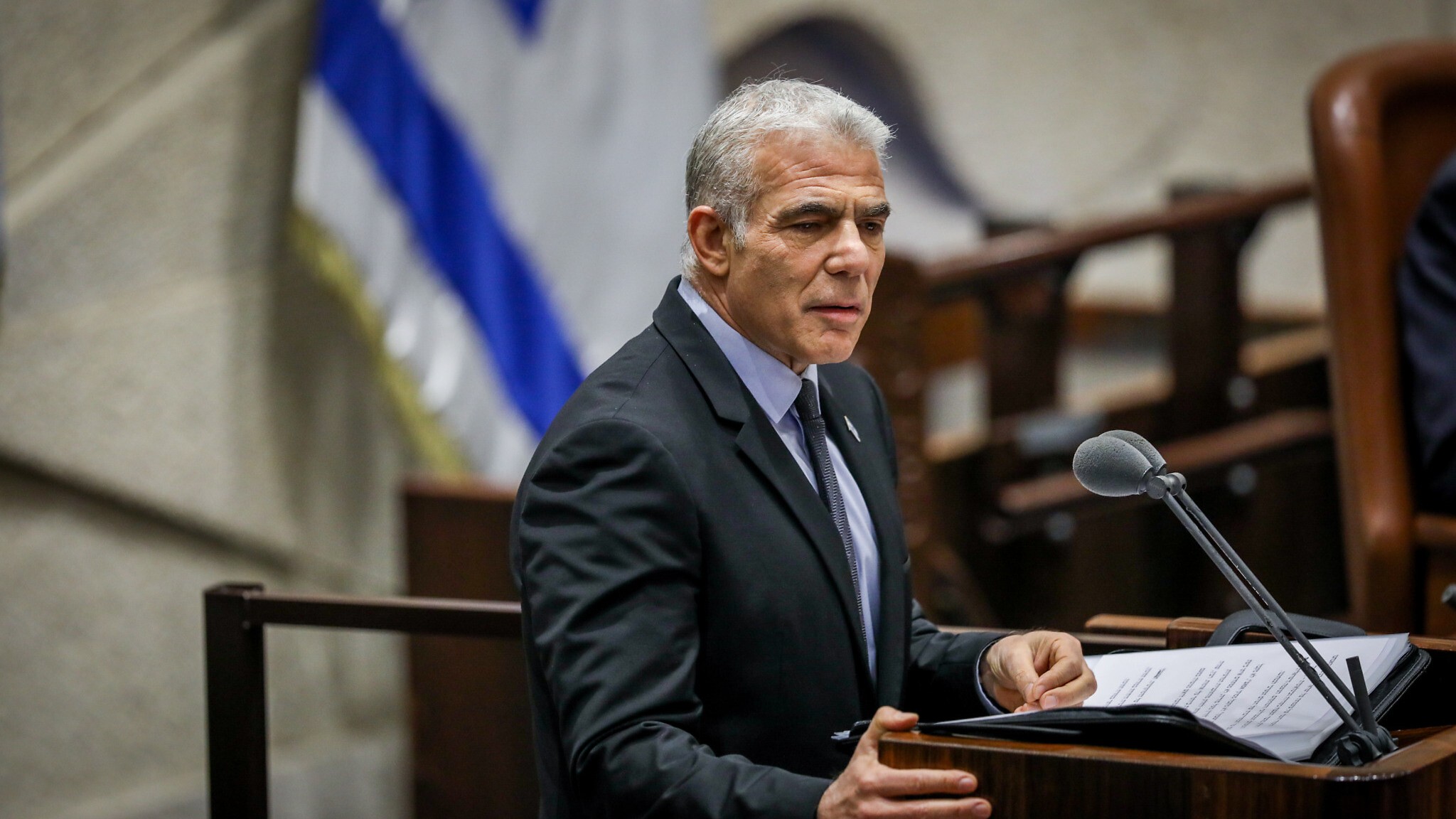 Lapid sent several letters to mayors of cities in Israel, over concerns about changes in the national educational system, as Netanyahu’s coalition ally, the Religious Zionist Party, seeks to significantly alter educational curriculums in Israel and the occupied West Bank.

Israeli NGO Peace Now has warned that if the far-right Religious Zionist party gains control of the Civil Administration, it could trigger an eventual complete annexation of the occupied Palestinian territory.

Netanyahu reportedly agreed to grant the Religious Zionist Party, led by Bezalel Smotrich and Itamar Ben Gvir, control of the Civil Administration in the West Bank.

Lapid added: “This is a direct and dangerous threat to the most fundamental values on which the State of Israel is based, as they are stated in the declaration of independence – fully equal societal rights, equality for women, equality for LGBTQ+ people, protection of minorities, freedom of religion and freedom of conscience.”

Lapid says this after launching several raids and ratifying large settlement plans in the West Bank.

In August, Lapid refused to apologize for the three-day barrage on the Gaza Strip from 3-6 August, which killed 44 Palestinian civilians, 15 of whom were children.

Lapid responded by saying that people must comply with Tel Aviv if they want to be protected. Tel Aviv claims the attack was a response to several retaliatory attacks from the Palestinian Islamic Jihad (PIJ).

“We know how to protect ourselves from anyone […] The choice is yours. Your future depends on you,” Lapid said.

A day after the ceasefire on 7 August, Israel lifted closures off all crossings in and out of Gaza, allowing the delivery of humanitarian aid and an emergency fuel delivery for the enclave’s last functioning power plant.