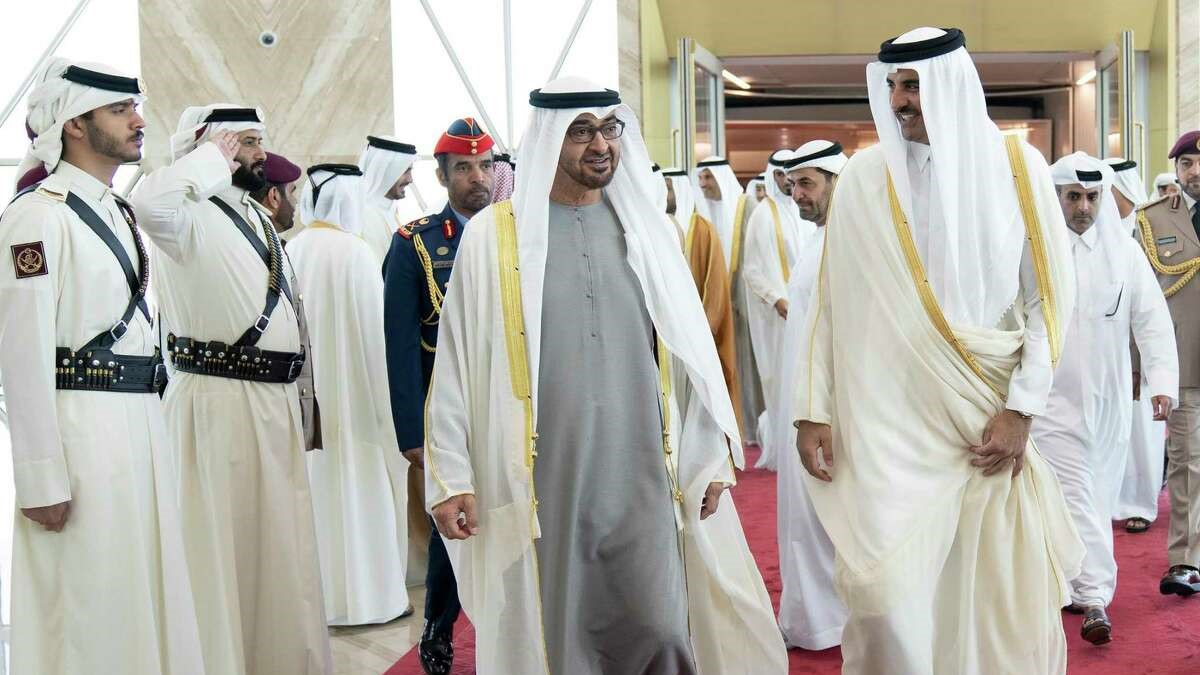 The Emirati leader arrived in Doha “to discuss issues of mutual interest and strengthen bilateral relations,” according to the state-run WAM news agency.

This marks the first visit of an Emirati head of state to Qatar since the end of a three and a half year-long embargo imposed on Doha by Saudi Arabia and its close regional partners.

In 2017, Saudi Arabia, the UAE, Bahrain, and Egypt severed all diplomatic ties with Qatar and banned Qatar-registered planes and ships from using their airspace and sea routes, while Riyadh blocked Qatar’s only land crossing after accusing Doha of supporting extremist groups.

At the height of the crisis, UAE state-run media even suggested digging a trench along the 87-kilometer border with Saudi Arabia and filling it with nuclear waste.

The spat lasted until January 2021, when Kuwait and the US brokered a deal resolving the crisis.

In May, the Qatari emir flew to Abu Dhabi for the funeral of Sheikh Al-Khalifa, the half-brother of MbZ and predecessor as president.

The surprise visit by MbZ carries special significance as many believe he was one of the principal architects of the Saudi-led boycott. His delegation includes National Security Adviser Sheikh Tahnoun bin Zayed Al-Nahyan, who has visited Doha twice before as part of Abu Dhabi’s push to manage regional differences.