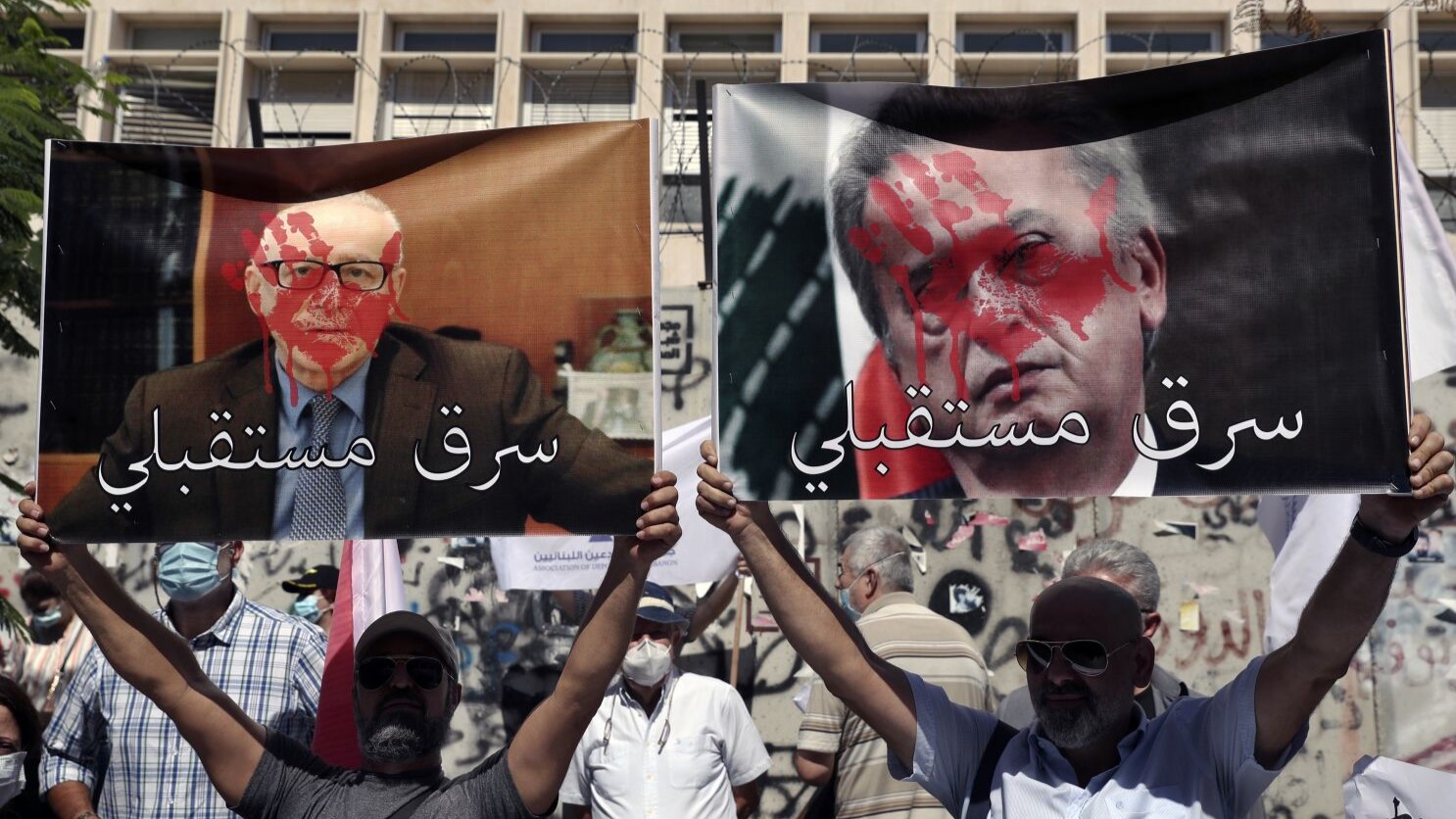 Antigraft judge Aude Buresi issued the decision on 14 July as part of her investigation into Salameh’s alleged embezzlement of public funds during his 30-year tenure as the head of the Lebanese central bank.

Kosakova, a Ukrainian woman who lives in France and has a daughter with the central bank governor, is the first person to be prosecuted in the case.

The French investigation is part of coordinated efforts by prosecutors in Lebanon, Switzerland, Germany, Luxembourg, and Liechtenstein to discover whether Salameh used his senior government position to embezzle hundreds of millions of dollars in public funds, paving the way for the dire economic crisis gripping the Levantine nation.

Swiss authorities suspect Salameh and his brother, Raja, illegally appropriated $330 million from the central bank between 2002 and 2015, and were involved in money laundering in Switzerland through Forry Associates, a company registered in the Virgin Islands whose owner is Raja Salameh.

Under a brokerage contract signed in 2002, commercial banks paid commissions to Forry when they bought certificates of deposit from the Lebanese central bank. While central banks are known to use intermediaries to sell financial products, the total opacity of Forry’s contract raised serious suspicions as the exact services provided by firm have never been made clear.

Swiss prosecutors say they discovered that most of the commissions were transferred to Raja Salameh’s account in Switzerland, and were later wired to his accounts in five Lebanese banks.

French news reports say Ms. Kosakova is one of the direct beneficiaries of Forry’s commissions through Forri (for First Overseas Relation for Realty and Investment Ltd), a company she created in Cyprus in 2004.

Back in March, the EU’s Hague-based criminal justice agency froze $124.3 million worth of assets belonging to the central bank governor and members of his family.

Documents obtained by Lebanese daily Al-Akhbar in August showed that Salameh’s embezzlement scheme involved the use of real estate properties in France.

The scheme centered on using the money of Lebanese citizens to pay exorbitant rent for luxury apartments owned by Salameh and his close relatives in Paris, and to secure monthly stipends of 30,000 euros for Salameh’s girlfriend and daughter.

In Germany, prosecutors are investigating the possibility that some of the funds identified by Swiss authorities were also used to acquire real estate assets, notably in Munich.

Over the past year, Lebanese prosecutors have tried to enforce multiple arrest warrants against Salameh. However, time and again security forces have been unable to locate him, as the financial tycoon is afforded the protection of high officials and of the US embassy.

As a result of the protracted hunt for Salameh, last month Beirut received official requests from Germany and France to allow judges from the two countries to travel to Lebanon and launch direct investigations into Salameh that would bypass local courts.

These include executing financial engineering that doubled the profits of bank owners and increased the state’s debt; concealing the losses of the banking sector; applying subsidies to imports of fuel, medicine, and wheat, and then raising prices before finding an alternative for citizens; and finally, of participating in currency market speculation which contributed to the collapse of the Lebanese lira, wiping out the life savings of millions.