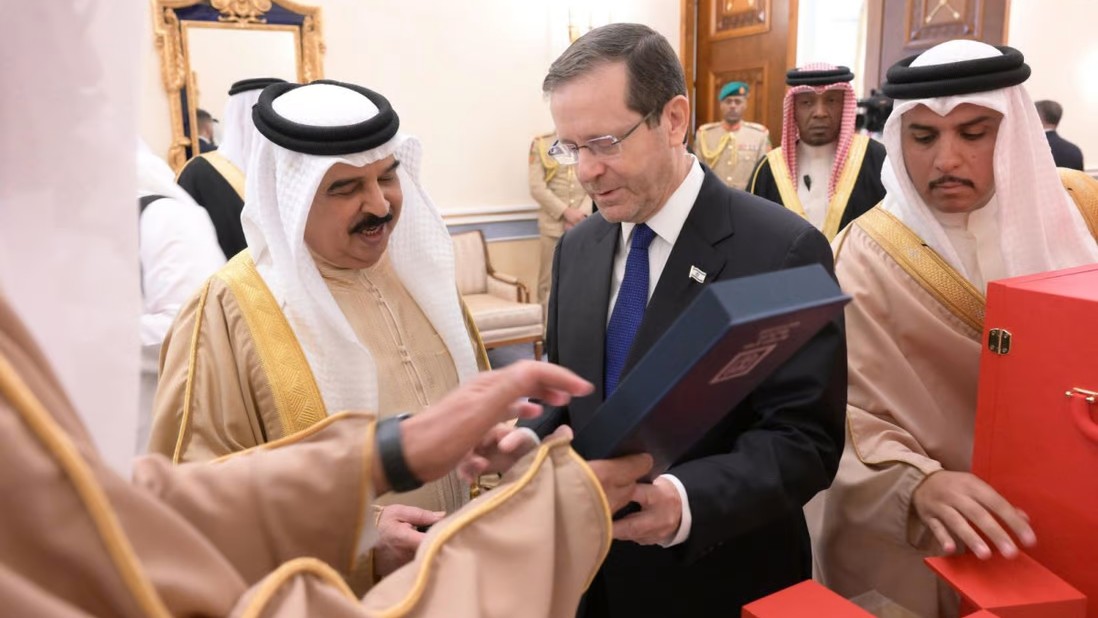 Israeli Kan Channel disclosed that Israel and Bahrain are bound to sign a free trade agreement that will vastly expand trade cooperation between Manama and Tel Aviv, following Israeli President Isaac Herzog’s first visit to the kingdom on 4 December.

The two countries will soon sign the agreement, as another round of discussions between delegates on both sides is set to take place later in the month.

The news outlet added that progress has been made during the talks, despite protests against the Israeli president’s arrival to the Gulf kingdom, as the majority of the Bahraini people are against the normalization of relations with Tel Aviv.

The channel’s broadcaster further elaborated that the agreement will expand trade between the two regional states to up to hundreds of millions of dollars.

Upon Herzog’s arrival to Bahrain, he was received by Bahrain’s economic delegation and king Hamad bin Isa Al-Khalifa, during the first-ever visit of an Israeli president to the Gulf country.

Last month, the diplomatic advisor to Bahrain’s King Sheikh Khalid Al-Khalifa said the kingdom seeks to expand its relationship with Tel Aviv after former Prime Minister Benjamin Netanyahu’s coalition claimed most of the Knesset during the 1 November elections.

During Netanyahu’s government in 2020, Bahrain signed the Abraham accords, officially normalizing relations between the two states. The negotiations were mediated and encouraged by the Trump administration.

On 31 October, Israeli and Bahraini officials disclosed that Tel Aviv and Manama seek to reach a free trade agreement by the end of the year.

Tel Aviv and Manama began free-trade talks on 20 September, with the primary aim of removing barriers between the two nations.