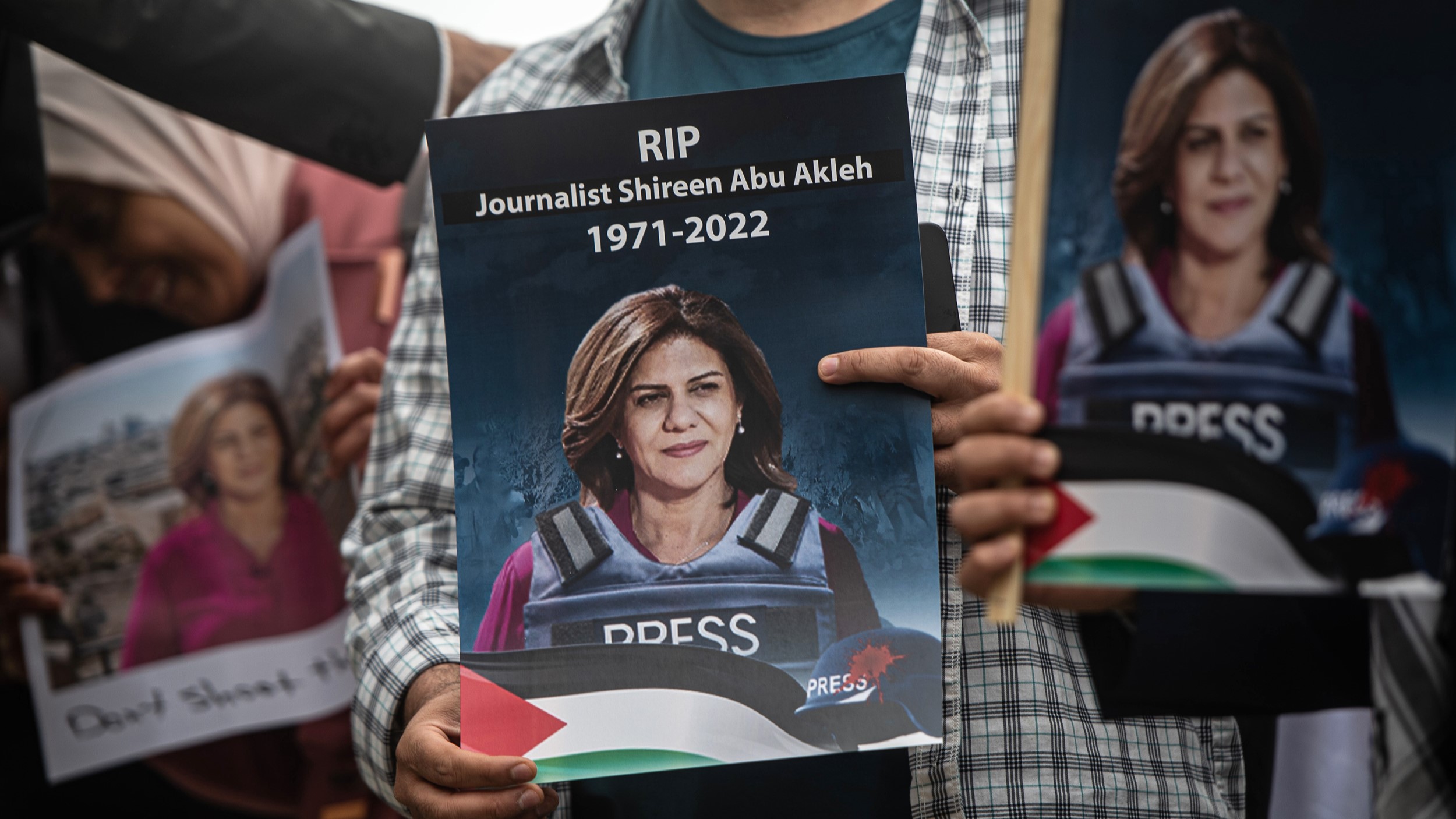 “We oppose it,” Price told reporters when pressed about the ICC probe. He went on to add Washington maintains its “longstanding objections to the ICC’s investigation into the Palestinian situation and the position the ICC should focus on its core mission, and that core mission of serving as a court of last resort and punishing and deterring atrocity crimes.”

Abu Aqla was shot dead by Israeli troops on 11 May as she was covering a raid in the Jenin refugee camp. At the time of her death, she was wearing full body armor with clearly visible press markings.

Washington has long opposed Palestinian-led efforts to take up Israeli human rights abuses with international bodies, including the UN and the ICC.

The ICC has reportedly reviewed the evidence presented by the Qatari news network, and will make a decision on whether or not it will launch an investigation. The uncertainty comes naturally, as Israel has attempted to shut down any form of an objective inquiry into the incident since it took place.

Independent investigations by the UN, human rights groups, and western media outlets have all concluded Abu Aqla was deliberately shot by an Israeli soldier in an area where no Palestinian gunmen were present.

Last month, the White House disavowed an FBI investigation into the killing in order to appease Israel.

Israel, which rights groups accuse of imposing a system of apartheid on Palestinians, receives $3.8 billion in US security assistance annually.

Price’s reaction to the ICC probe echoes that of Israeli officials, who on Tuesday called for the expulsion of Al Jazeera journalists from the occupied territories.

“Al Jazeera is an anti-Semitic and false propaganda network working against Israel in the world,” Jewish supremacist official Itamar Ben Gvir said in a tweet, before calling for the journalists’ expulsion.

Outgoing Israeli Prime Minister Yair Lapid, for his part, has said he will not allow any interrogation of army soldiers in connection with Abu Aqla’s death.

In a statement on Tuesday, Al Jazeera said its lawsuit with the ICC includes “new witness evidence and video footage that clearly show that Abu Aqla and her colleagues were directly fired at by Israeli Occupation Forces (IOF).”

“The evidence presented to the Office of the Prosecutor (OTP) confirms, without any doubt, that there was no firing in the area where Shireen was, other than the IOF shooting directly at her,” the statement added.

“My family still doesn’t know who fired that deadly bullet and who was in the chain of command that killed my aunt,” Abu Aqla’s niece, Lina Abu Aqla, said at a press conference in The Hague.

“The evidence is overwhelmingly clear, we expect the ICC to take action,” she said, adding that they had asked for a meeting with prosecutor Karim Khan.

Israel is not an ICC member and disputes the court’s jurisdiction. The US is also not a member.