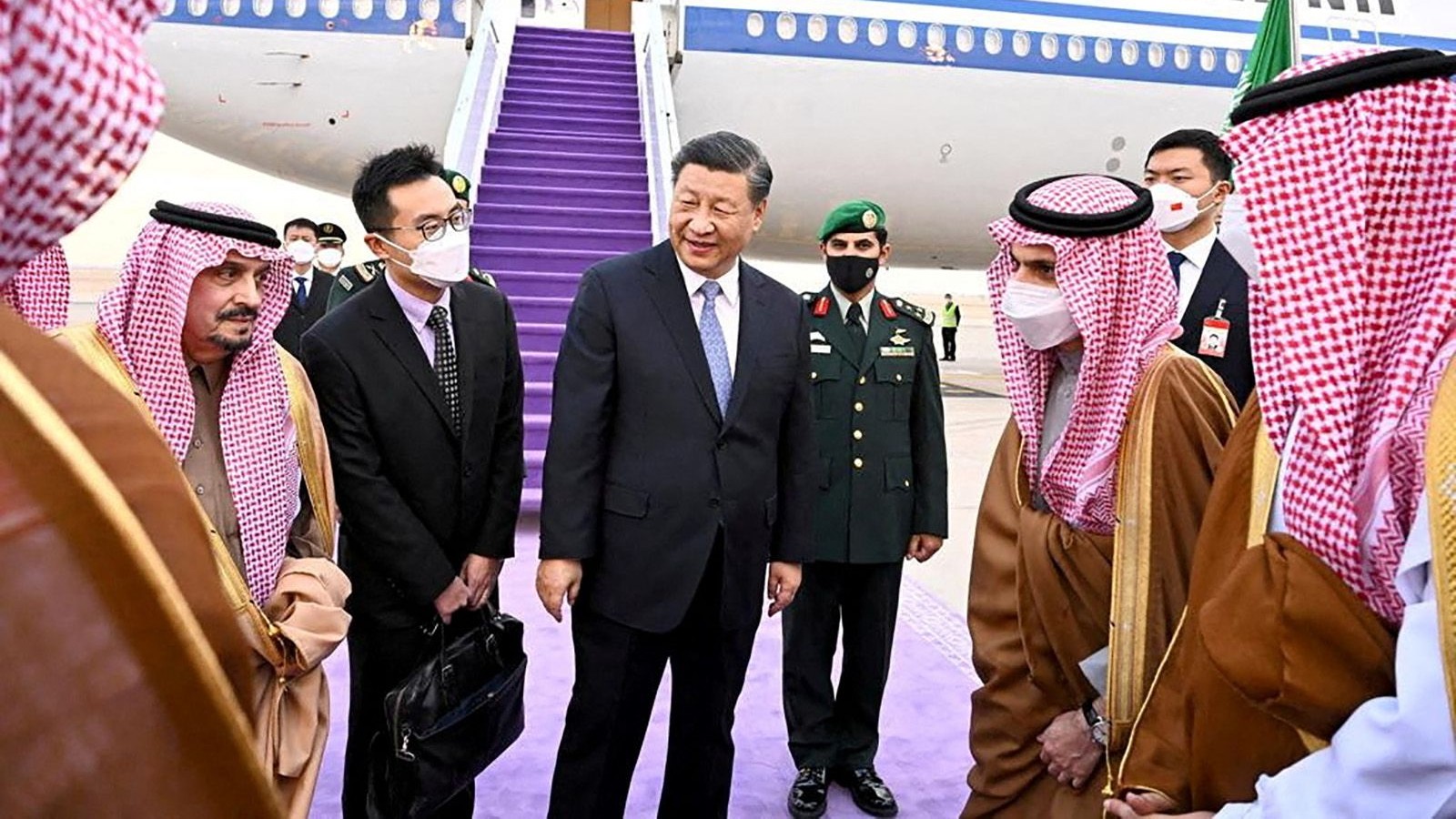 China’s President Xi Jinping arrived in Saudi Arabia on 7 December for a three-day-visit to bolster bilateral cooperation by signing agreements valued at $29.26 billion.

The kingdom’s monarch King Salman invited the Chinese president to “bolster historic ties and strategic partnership between the two countries.” Xi received a warm welcome as the Saudi government coordinated with its air force to have pilots paint Riyadh’s skies with the colors of the Chinese flag upon his arrival.

China’s Ministry of Foreign Affairs confirmed that Xi will be attending three integral summits; one with Saudi delegates, one with officials of Arab States, and the third involving representatives of GCC states.

This visit comes during a global energy crisis caused by western sanctions again Russia over its military operation in Ukraine. It has hindered the Arab nation’s relationship with Washington over its apparent neutrality in the conflict.

This year, China has taken an interest in incorporating regional states into its ambitious ‘Belt and Road’ initiative.

The Belt and Road Initiative is a Chinese-led economic initiative to link Asia, Africa, and Europe through land and sea networks, improve trade, and promote growth.

On 5 December, Algeria and China signed an agreement for the joint construction of the initiative.

China and Algeria have been on good terms since they signed a similar agreement in 2014; four years later, Algeria joined China’s “One Belt, One Road” project (OBOR), which seeks to revive the Silk Road and expand its influence on the African continent, according to Al-Mayadeen.

QatarEnergy chief Saad al-Kaabi said that the deal vastly improved its relations with China, as it would meet Beijing’s energy needs.

In October, Riyadh’s energy minister disclosed that Riyadh and Beijing were working to boost energy cooperation.

Energy cooperation between the two states has agitated Washington, due to the OPEC+ decision to cut their oil production output, leaving the US desperately scrambling to secure oil on behalf of its European allies.