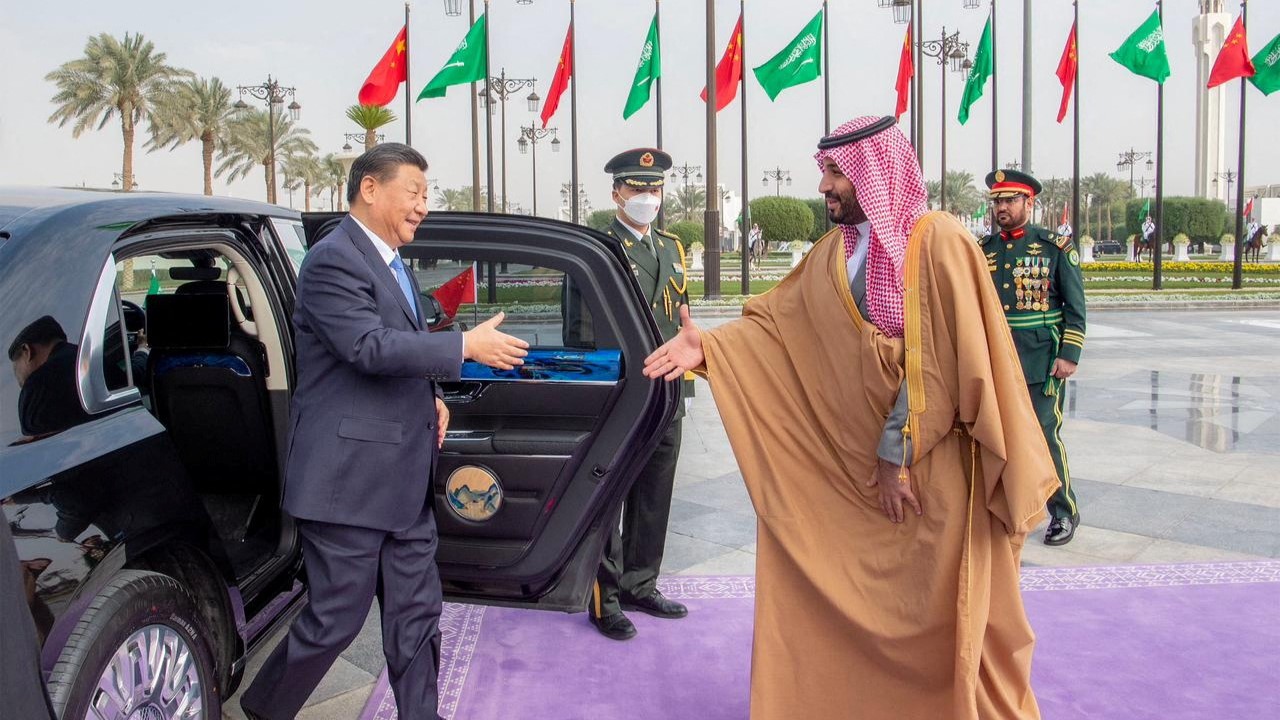 Arab leaders started arriving in the Saudi capital Riyadh on 8 December to participate in major Arab-China and Arab-Gulf summits set to take place on Friday.

China’s foreign ministry has described Xi’s trip as the “largest-scale diplomatic activity between China and the Arab world” since the People’s Republic of China was founded.

Upon Xi’s arrival, Chinese and Saudi companies signed investment pacts for green hydrogen and solar energy. About $30 billion in bilateral agreements will be signed on Thursday, Saudi state media reported.

Ahead of his arrival, Xi wrote an editorial in Saudi newspaper Al Riyadh, where he said he was on a “pioneering trip” to “open a new era of China’s relations with the Arab world, the Arab countries of the Gulf, and Saudi Arabia.”

He also called on Riyadh and Beijing to strengthen collaboration at the UN, the G20, and the Shanghai Cooperation Organization (SCO).

The warm welcome afforded to Xi – which included the Saudi air force painting the sky in the colors of the Chinese flag – came in stark contrast to the frosty atmosphere of US President Joe Biden’s visit to the kingdom earlier in the year.

The White House on Wednesday responded to Xi’s trip, warning that China’s efforts to create bonds of cooperation with nations in the Global South “are not conducive to preserving the international rules-based order.”

White House National Security Council spokesman John Kirby later added: “We are mindful of the influence that China is trying to grow around the world. [West Asia] is certainly one of those regions where they want to deepen their level of influence.”

Early this month, Beijing released a 19,000-word report on “China-Arab Cooperation in a New Era,” stressing that the Asian giant was “a strategic partner and sincere friend” that would play a constructive role in West Asia and avoid doing anything in its own “geopolitical self-interest.”