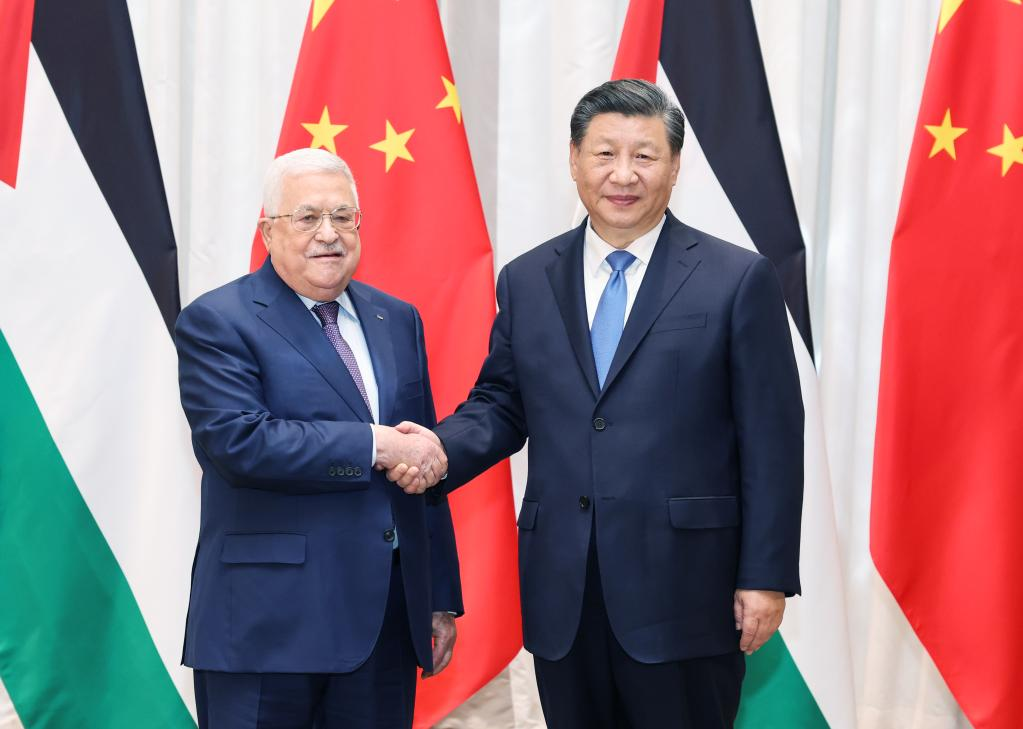 On 8 December, Palestinian President Mahmoud Abbas met with Chinese President Xi Jinping, in the Saudi capital of Riyadh, on the sidelines of the Arab-Chinese summit.

According to the Palestinian news agency WAFA, Abbas and his Chinese counterpart discussed ways to improve bilateral ties between the two nations, including boosting economic cooperation, trade, and investments, mainly after Palestine joined the Belt and Road Initiative.

The Palestinian president expressed his appreciation for China’s ongoing support of the Palestinian cause and the development assistance it has given to the Palestinian people, adding that China is Palestine’s sincere and trustworthy friend by offering unconditional support on the political, economic, and health fronts.

Meanwhile, Xi pointed out that their people deeply cherish the China-Palestine friendship, adding that the two sides have always trusted and supported each other over the past five decades.

He also reaffirmed his desire to deepen bilateral ties with the Arab world and his commitment to continuing his nation’s political and economic support for the Palestinian people and state. He also expressed his high regard for mutual political support, stressing the significance of the Chinese-Arab summit for achieving a shared future that fosters sustainable development, according to the Chinese news agency Xinhua.

China’s foreign ministry has described Xi’s trip as the “largest-scale diplomatic activity between China and the Arab world” since the People’s Republic of China was founded.

The warm welcome afforded to Xi – which included the Saudi air force painting the sky in the colors of the Chinese flag – came in stark contrast to the frosty atmosphere of US President Joe Biden’s visit to the kingdom earlier in the year.

The White House on Wednesday responded to Xi’s trip, warning that China’s efforts to create bonds of cooperation with nations in the Global South “are not conducive to preserving the international rules-based order.”