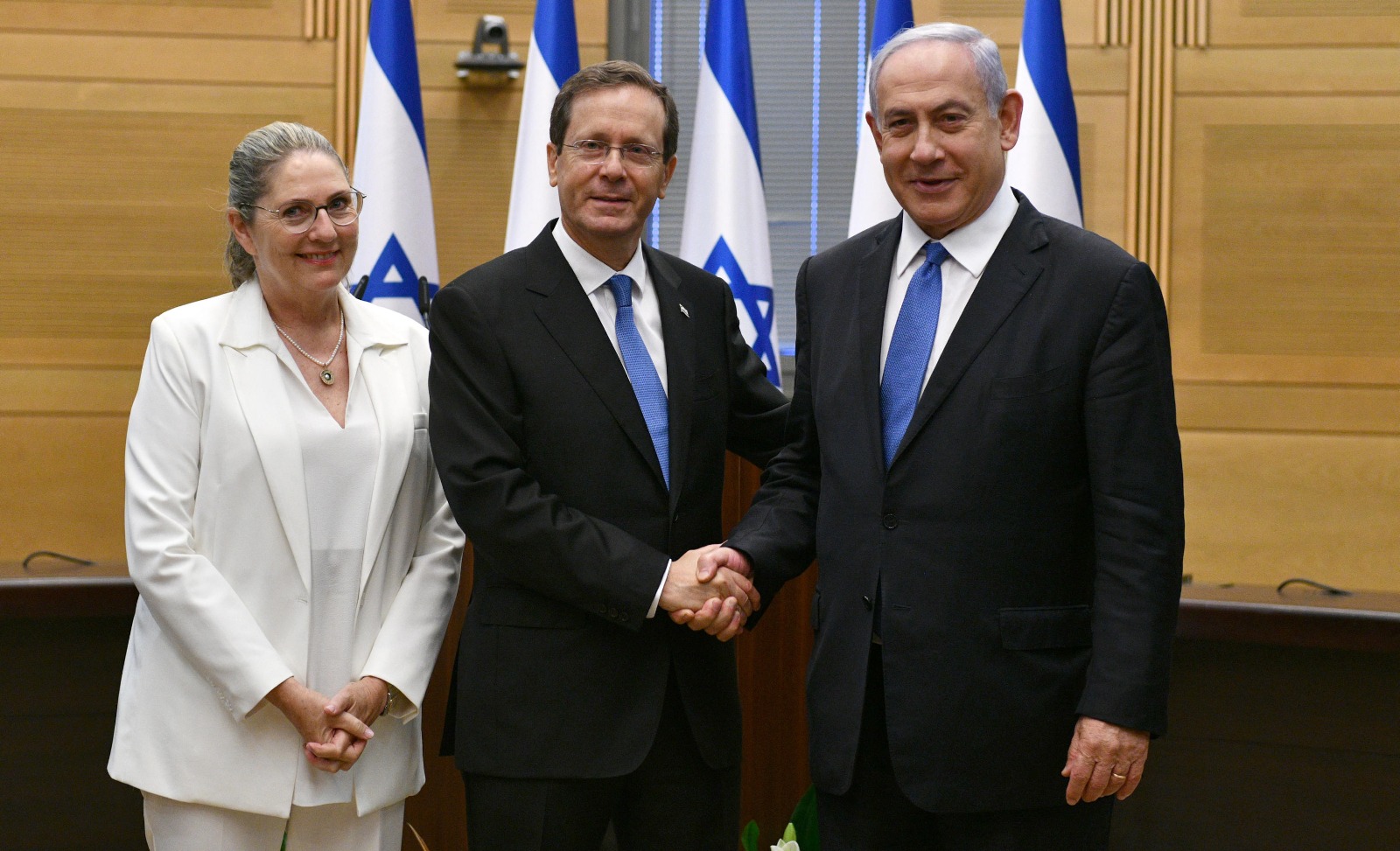 Prime Minister-designate Benjamin Netanyahu sent a letter on 8 December to President Isaac Herzog, requesting the maximum extension of fourteen days to his mandate, to form a new Israeli government.

Netanyahu requested additional time to finalize the distribution of portfolios to his allies, and promised in his letter to Herzog that he has already secured enough Knesset votes to get the parliamentary confidence he needs.

“Negotiations are in full swing and much progress has been made. However, I will require all the days of extension that you have the power to give me according to the law so that I can form the government,” read the letter to Herzog.

However, this falls short of the swift formation he promised after his landslide victory on 1 November, as he has hardly succeeded in uniting his far-right allies.

Netanyahu added that “some issues related to roles have yet to be agreed upon” in the coalition negotiations, and he needs time to finalize that.

On 7 December, Netanyahu’s Likud signed an agreement with the Shas, which stipulates that the ultra-orthodox party will be granted ministerial powers in Netanyahu’s incoming government.

The head of the Shas party, Aryeh Deri, will head the Ministry of Interior and Health for two years, then lead the Ministry of Finance. Additionally, Deri was promised the position of deputy prime minister for the duration of the government’s term.

Deri is a convicted criminal in Israel, and has been convicted three times in a personal corruption case for receiving bribes during his time as the Minister of the Interior. He has also been involved in a public corruption case on charges of breach of trust for financing his brother’s NGO with state funds.

According to the laws of the Israeli government, any person convicted of a crime that carries a stigma is barred from participating in the government or political life in general.

This was upheld in 1993, when the Israeli supreme court forced Deri to resign from the Ministry of Interior for his criminal financial behavior.

However, this time around, Deri’s criminal record does not appear to be an issue for Netanyahu, who is attempting rigorously to form a united coalition that would give his government a vote of confidence.

Even so, this arrangement has not been received well by the administration of US President Joe Biden, who views Netanyahu’s coalition of convicted financial criminals and Jewish supremacists as a threat to US foreign policy.

US-based online news website Axios reported on 7 December that a high-level meeting took place at the White House to discuss how to approach the new Israeli government and set limits to cooperation with some of its ministers.

Axios reported that US officials discussed the possibility of setting guidelines for contacting the ministers, if the need arises, especially those representing Israel’s far right, such as Itamar Ben Gvir and Bezalel Smotrich.

“I know that the Biden administration is in the process of doing everything they can to try to limit the potential for damage of the inclusion of these extremist elements within the governing coalition,” said Senator Chris Van Hollen, about the Ultra-orthodox parties.