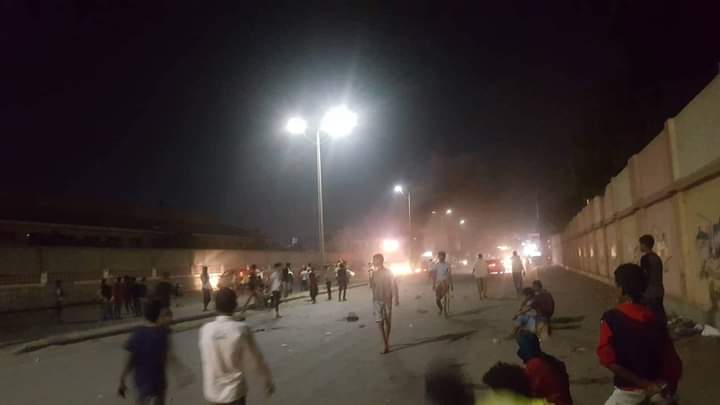 Mass protests were reported on 14 September in the Yemeni city of Aden, the seat of the UAE and Saudi-backed Southern Transitional Council (STC), as well as in the southeastern province of Hadhramaut.

According to reports coming from Aden, hundreds of demonstrators broke into the Maasheeq Presidential Palace in protest against the lack of basic services, poor living conditions, and the sharp depreciation of the local currency.

Protesters burned tires, blocking all roads leading to the Maasheeq Palace before storming it.

Nonetheless, a group of protesters who had gathered near the Central Bank of Aden were reportedly met with live ammunition by Saudi coalition forces.

According to local sources, Saudi troops and their allied militias fired indiscriminately at Yemeni citizens in an attempt to prevent the storming of the central bank.

Meanwhile, in the city of Mukalla in Hadhramaut province, hundreds of protesters took to the streets, blocking roads and demanding an end to the Saudi-led occupation of the country, which has caused what the UN describes as the world’s worst humanitarian crisis.

The Mukalla protesters were also met with violence by Saudi coalition forces, who reportedly opened fire at them in an attempt to reopen the blocked roads.

A number of other southern cities controlled by the Saudi-backed administration have witnessed overnight protests as well, where citizens gathered to denounce growing economic hardships and the deterioration of living conditions.

Recently, the exchange rate fell to 1,100 Yemeni riyals against the US dollar in local markets in the southern provinces, exacerbating the already dire humanitarian situation caused by the six-year war.

Due to severe foreign currency shortages, residents in Aden and other major cities have complained about skyrocketing prices of basic commodities, as the war-torn Arab country imports 90 percent of its food supply.