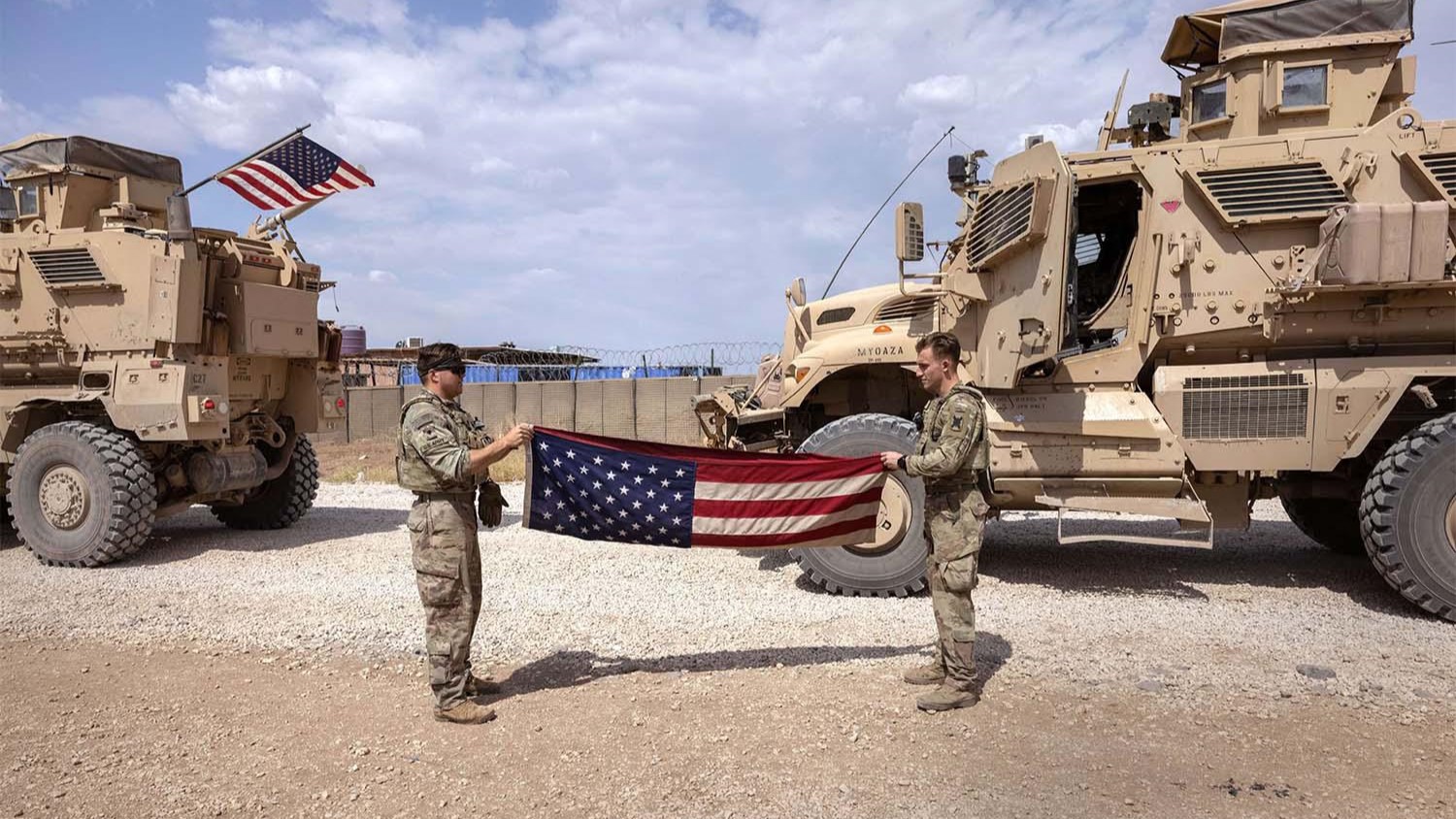 The US occupation army smuggled a new shipment of stolen Syrian oil from Hasakah governorate on 12 December, transferring a convoy of at least 37 tankers to Iraq via the illegal al-Mahmoudiya border crossing, according to local sources in the town of Yarubiyah who spoke with SANA.

A week earlier, US forces delivered 66 tankers filled with Syrian oil plundered from the resource-rich Jazira region to their bases in Iraq, marking the continuation of Washington’s oil trafficking operation in northeast Syria following an interruption caused by Turkiye’s attacks on the Syrian Democratic Forces (SDF).

According to an investigation by The Cradle, dozens of tankers pass weekly through illegal crossings between Iraq and Syria in convoys transporting smuggled Syrian oil, which are often accompanied by US warplanes or helicopters.

Shepherds in the region corroborate these claims, saying that the Syrian oil is transported to the al-Harir military site in Erbil, the capital of the Iraqi Kurdistan Region (IKR), a region known as a “hub” for western spy agencies.

An investigation by The Cradle columnist Firas al-Shoufi exposed that the main goal of siphoning off Syrian oil to Iraq is to help the Kurdish Autonomous Administration of North and East Syria (AANES) finance its activities and cover its local fuel needs.

The smuggling operation also aims to preserve the area of ​​US influence between Baghdad and Damascus, while simultaneously choke-holding the Syrian government – and depriving the largest Syrian population in the area controlled by Damascus of vital resources such as oil, gas, wheat, and medicine.

On the same day as Washington’s latest oil theft, the Lebanese news outlet Al-Ahed News revealed that the Syrian government is working to protect vast wheat fields in the Jazira region from being plundered or harmed by the US occupation.

Abdul Hamid Karko, the head of the Peasants’ Union in Hasakah, told Al-Ahed that US occupation troops are known to offer adulterated grains to farmers claiming they are of “improved” quality.

However, farmers who trusted the US soon discovered that the seeds distributed contained a “high percentage of infection with nematodes,” which damaged the soil for years to come.

In response to this situation, the Syrian government recently implemented a program to sell wheat and barley seeds at accessible prices to farmers, blocking the US occupation from destroying the fields before they are harvested.