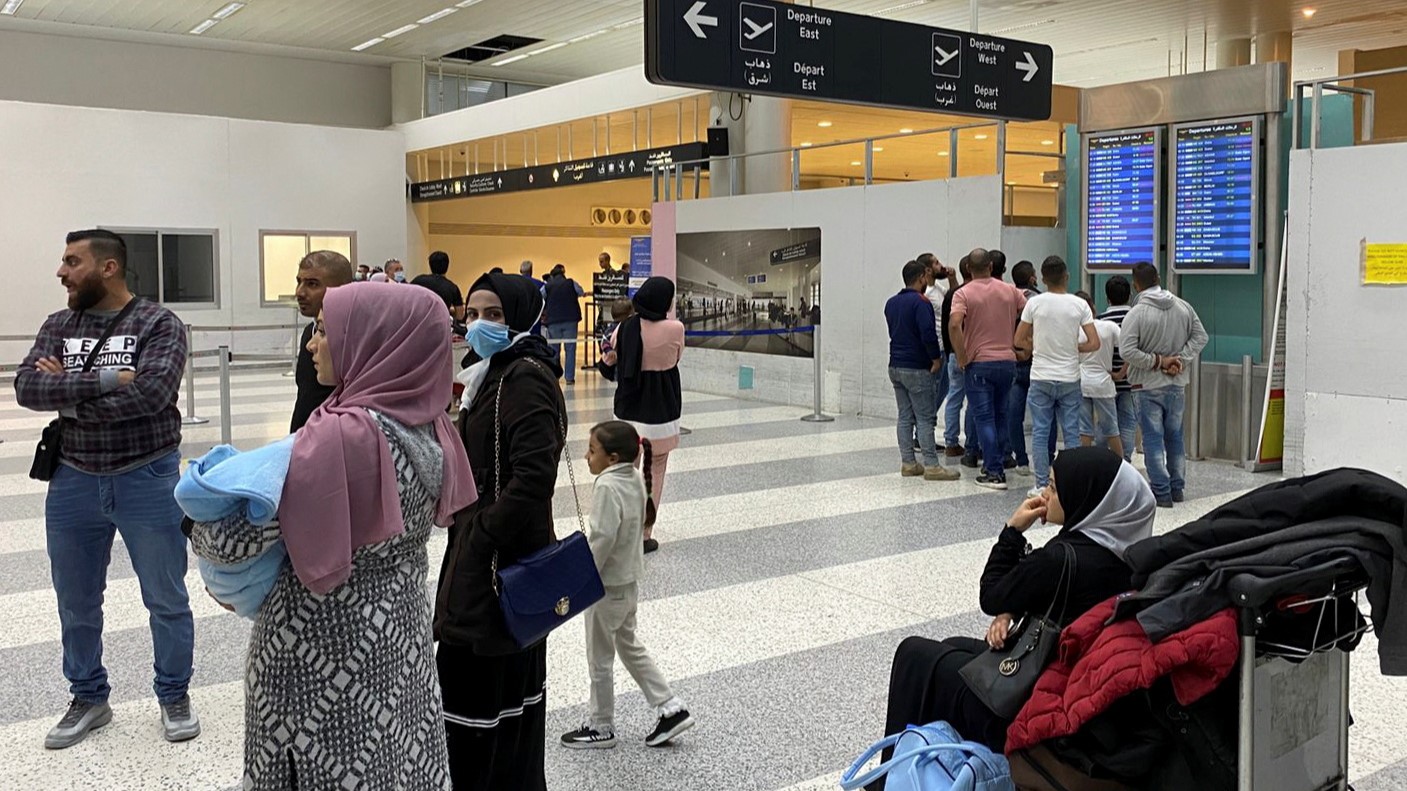 FILE – Passengers wait with their belongings at a hall at Beirut international airport in Lebanon, 12 November, 2021. (Photo credit: REUTERS/Mohamed Azakir)

Remittances from abroad made up more than half of Lebanon’s gross domestic product (GDP) in 2021, making the crisis-hit nation the most remittance-dependent country in the world.

According to a report released earlier this month by the US-based Mercy Corps NGO, remittances have turned into a coping strategy for many in the absence of political decisions to enact a recovery plan or bring about economic reforms.

The report highlights that, in 2021, money sent from abroad by the Lebanese diaspora accounted for 53.8 percent of the nation’s GDP, which stood at $18.08 billion.

The Mercy Corps estimates that between 15 and 30 percent of Lebanese families currently depend on remittances as a source of income.

A large proportion of the remittances – up to 70 percent according to some experts – reportedly enter Lebanon carried by travelers through Beirut airport.

The report concludes that remittances are no substitute for economic and social reform or well-targeted humanitarian and development assistance. Moreover, economists have warned that an economy so dependent on remittances risks diverting spending away from productive sectors and hindering long-term growth.

For the past three years, Lebanon has been shouldering what the World Bank describes as the worst economic crisis of the modern era. The crisis has all but wiped out the currency’s value and dumped more than 80 percent of citizens below the poverty line.

As of 20 December, the black market exchange rate for the Lebanese lira stood at 44,400 per US dollar.

The crisis has also set off a new migrant wave, as over the past year, hundreds of families have tried to make the perilous trip across the Mediterranean in search of work.

As the situation continues to devolve, Lebanese banks and authorities continue to skirt responsibility for their role in what the UN describes as “human rights violations.”