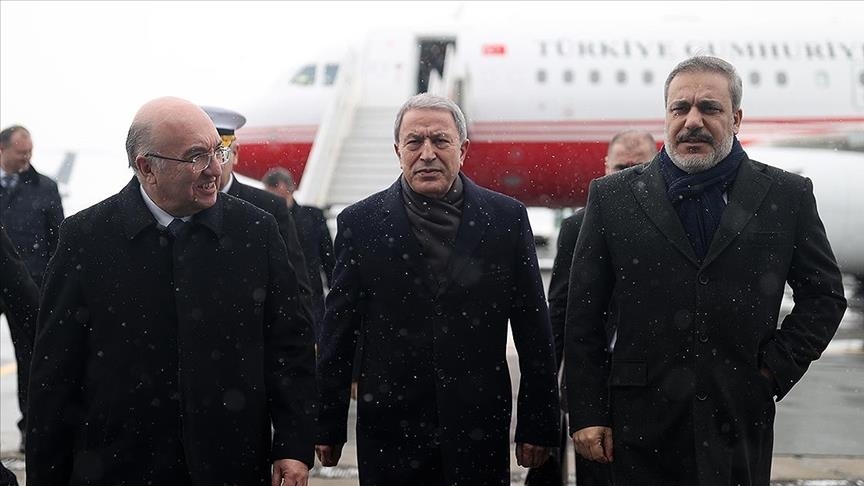 Turkish Defense Minister Hulusi Akar and Syrian Defense Minister Ali Mahmoud Abbas held a meeting in Moscow on 28 December, the first between the two governments since the start of the Syrian civil war in 2011, according to Anadolu Agency.

The meeting, also attended by Russian Defense Minister Sergey Shoigu, was held in a “constructive atmosphere” and is the first in a format of trilateral meetings to ensure stability in Syria and the region, according to a Turkish Defense Ministry statement.

“The constructive meeting discussed the Syrian crisis, the refugee issue, and the efforts of the joint fight against all terrorist organizations on Syrian soil,” according to an official statement.

For its part, the Russian Ministry has indicated that “the parties stressed the constructive nature of the dialogue held in this format and the need to continue it in order to stabilize Syria.”

This is the first official ministerial-level meeting between Turkiye and Syria since the start of the Syrian crisis in 2011, which has strained relations between Ankara and Damascus, although the two foreign ministers held a brief informal exchange on the sidelines of a regional summit in 2021.

Following the Istanbul bombing last November, Turkish President Recep Tayyip Erdogan declared that he had suggested to his Russian counterpart Vladimir Putin the creation of a trilateral mechanism involving Russia, Syria, and Turkiye to restore diplomatic ties between Ankara and Damascus. He added that he desired to meet Bashar al-Assad, the president of Syria.

Turkiye has launched three ground offensives in Syria since 2016, and Erdogan has repeatedly assured that it will launch a fourth in the near future, but whether or not it will take place could depend on Moscow, a military ally of Syria.