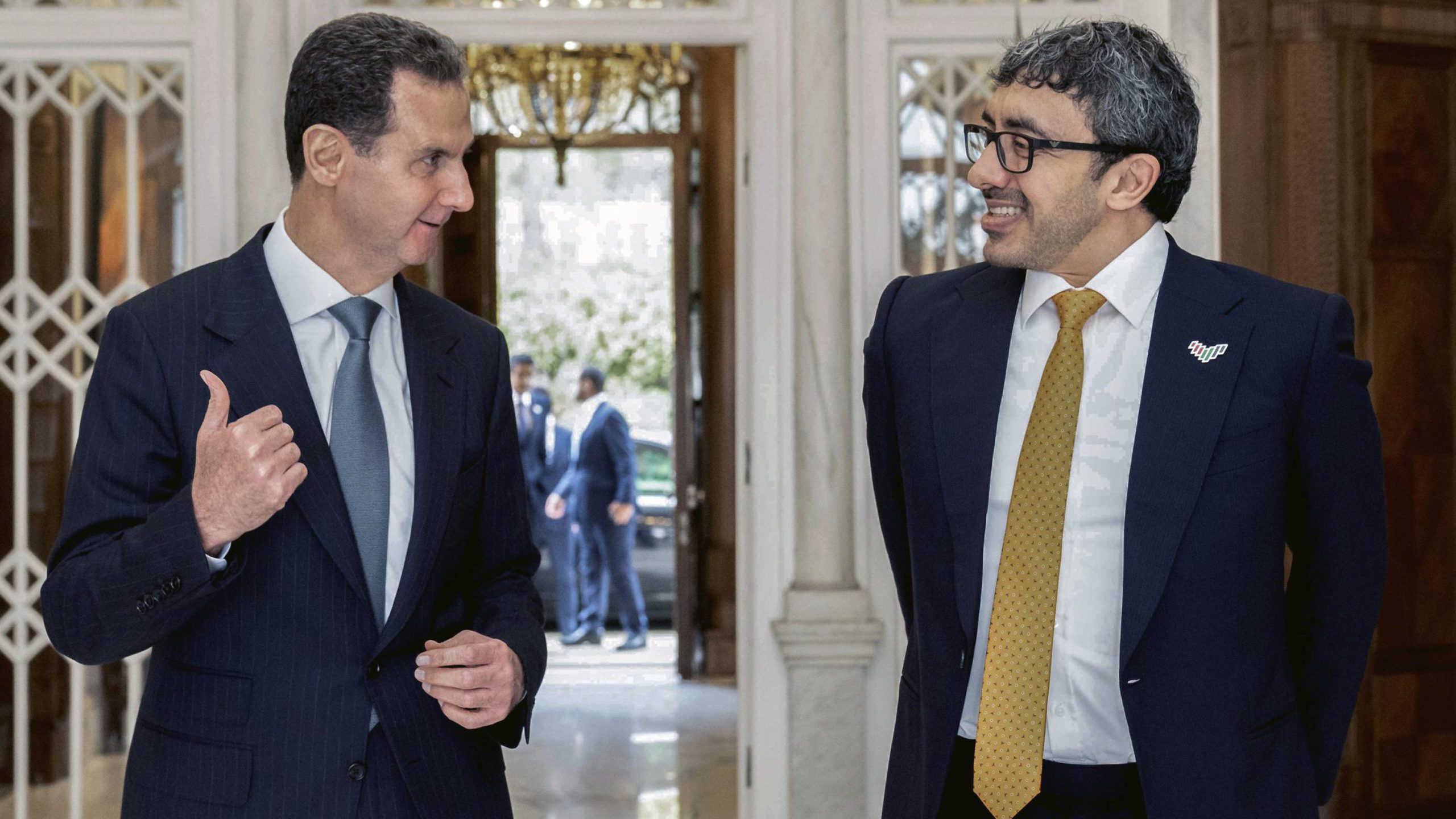 On 4 January, Syrian President Bashar al-Assad received the UAE’s Minister of Foreign Affairs and International Cooperation, Sheikh Abdullah bin Zayed, and exchanged ways to develop economic and trade relations for the benefit of the two countries, according to SANA.

The current developments in Syria and West Asia were among the topics covered during their visit.

The Syrian leader stressed that the relations between Syria and the UAE are historical and considered it natural to deepen ties to serve the interests of the two countries and the region. He also highlighted the UAE’s positive role in the Arab world.

In the meantime, the foreign minister delivered the greetings of Sheikh Mohammed bin Zayed Al Nahyan, the President of the UAE, and stressed his nation’s desire to strengthen and develop binational cooperation.

Sheikh Abdullah “affirmed the commitment and keenness of the UAE to support the efforts made to find a political solution to the Syrian crisis that restores the security, stability, and unity of Syria and meets the aspirations of the brotherly Syrian people for development, and prosperity,” according to state news agency WAM.

The Emirati official reiterated his country’s support for Syria’s stability and sovereignty and expressed confidence that the Syrian people will succeed in returning welfare and development to their country due to their strong will as a people.

In March, President Bashar al-Assad visited the UAE, his first trip to an Arab state since the start of the war in 2011.

Other countries in the region, such as Turkiye, have also been approaching Syria to improve relations after failed attempts to overthrow the Syrian government.

In December, the defense ministers of Syria, Russia, and Turkiye held the first high-level talks of its kind in Moscow since the start of the war in 2011. The meeting is considered a major step to reviving diplomatic relations between Turkiye and Syria.

However, differences continue to arise, as Damascus has so far turned down Ankara’s proposal to set up a meeting between the Syrian President and Turkish President Recep Tayyip Erdogan, Al-Mayadeen news reported.

Erdogan hinted at the possibility of reconsidering relations with Damascus in November, saying: “We can reconsider our relations with the countries with which we live in problems after the elections.”

However, Damascus believed such a meeting could boost Erdogan’s popularity ahead of the Turkish elections, especially if it addressed Ankara’s goal of returning some of Turkiye’s 3.6 million Syrian refugees. Syria does not want to cooperate with the re-election of the current Turkish president.

“Damascus intends to postpone the Erdogan-Assad meeting until after the Turkish elections,” Miroglu told Sputnik news