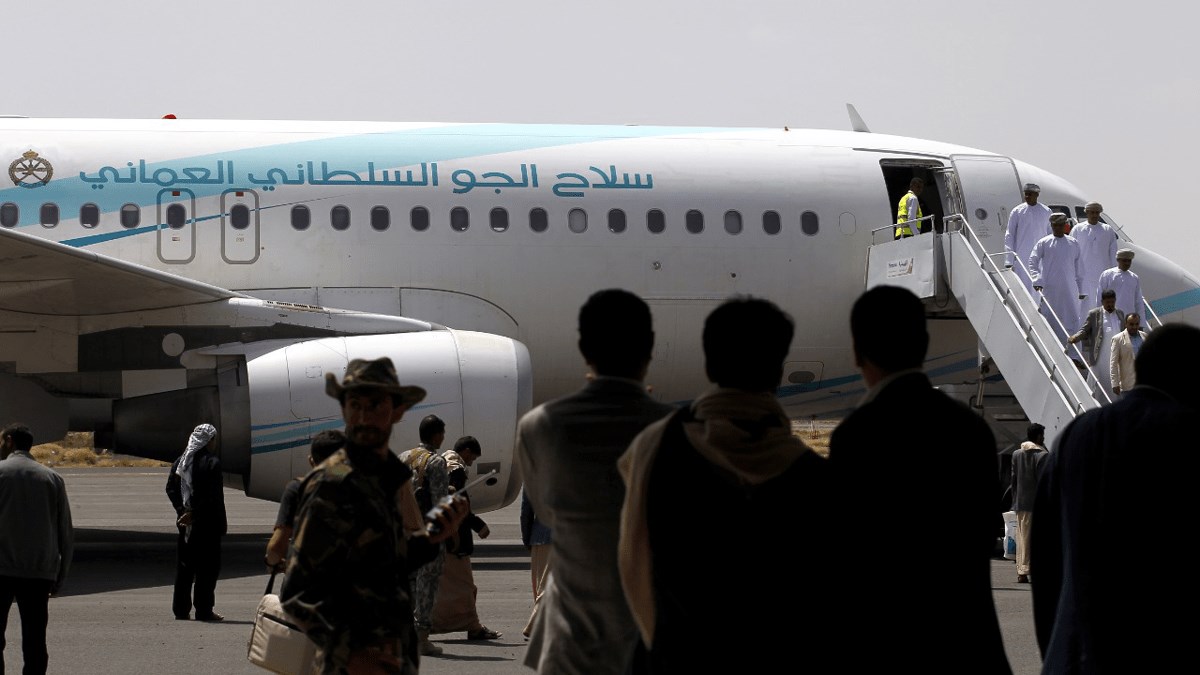 Yemen’s Ansarallah resistance movement announced on 10 January the arrival of a Omani delegation to the country’s capital Sanaa, in order to discuss proposals put forth by the Saudi-led coalition as part of recently launched, Muscat-led negotiation efforts at renewing the truce.

This is the Omani delegation’s second visit to the country since the expiration of the ceasefire agreement on 2 October.

“The visit of the Omani delegation comes … as a continuation of the recent meetings … There is back and forth with the other parties, and we will inform the leadership and the head of the Supreme Political Council of the other points of view,” the National Salvation Government’s (NSG) chief UN negotiator, Mohammad Abdel Salam, said in a statement.

“The intensive visits between Sanaa and Muscat reflect our seriousness in reaching a tangible solution … the issue [now depends on] the seriousness of the other party [meaning the Arab coalition],” he added.

During the first visit, which took place in late December, Abdel Salam reiterated Yemen’s demands to the Omani mission, which include “paying the salaries of government employees … and the … lifting of restrictions on airports and ports,” most notably Sanaa International Airport and the country’s main sea port of Hodeidah, which has been under Saudi blockade since 2015.

The other main demand is an immediate end to international and Saudi-led campaigns to loot the country’s oil.

Despite periodic openings of the airport and the partial resumption of flights here and there, Saudi Arabia and its allies have – for the most part – been reluctant to meet Yemen’s demands.

On 6 January, however, a Lebanese newspaper reported that Riyadh has expressed its readiness to end the current status quo in Yemen and withdraw from the country under the conditions set by Ansarallah.

In exchange, the kingdom demanded that the government in Sanaa present a set of “guarantees” that it will not threaten Saudi Arabia and its security, nor allow hostilities to originate from Yemeni soil. Iran and Oman reportedly assured the kingdom of Ansarallah’s willingness to meet this demand.

As it was revealed to The Cradle by a source close to Ansarallah, Saudi Arabia accepted in October to pay the salaries of all government employees, as stipulated in the ceasefire agreement. However, the US sabotaged this agreement by pressuring Riyadh to cease negotiation efforts.

As a result of this impeded progress, the leader of Ansarallah, Abdul-Malik al-Houthi, has ordered the military to prepare for a scenario in which all prospects for peace diminish and Yemen must be forced to take matters into its own hands, as it did with its previous retaliatory strikes inside the borders of Saudi Arabia and the UAE.

Ansarallah has recently warned that Saudi Arabia and its regional allies in the coalition face “unprecedented retaliatory strikes” should they maintain their war and blockade against Yemen. The warning came two days before Saudi shelling on the capital left over a dozen injured.

Just today, Ansarallah launched a ballistic missile from Sanaa’s Al-Hafa camp as part of new ‘tests’ currently being carried out by the resistance movement, resulting in the sound of a large explosion across the capital and signifying the group’s readiness for the resumption of all-out war.