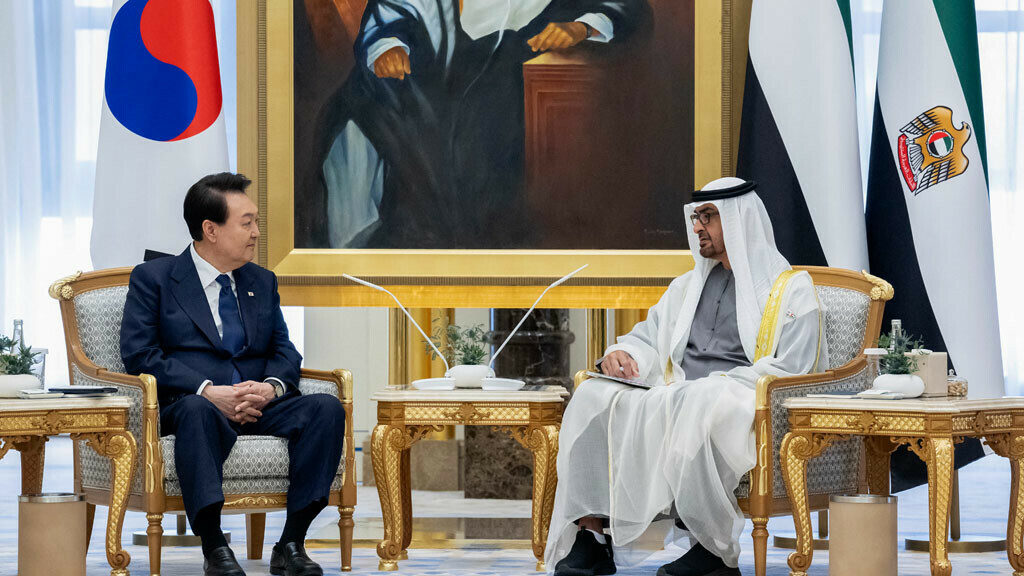 South Korean President Yoon Suk Yeol arrived in the United Arab Emirates on 14 January to discuss a potential investment of $30 billion by the UAE in South Korea’s arms and energy industry.

The potential investment was announced by President Yoo’s office following his meeting with his UAE counterpart, Sheikh Mohammed bin Zayed Al-Nahyan, during his four-day state visit to Abu Dhabi on 15 January.

South Korea and the UAE have a decades-old relationship; the ROK and the UAE even signed a secret military deal, which saw the deployment of special South Korean military forces to the UAE in 2011 for training purposes and joint military exercises. The ROK currently has more than 1,600 soldiers stationed in Sweihan.

An anonymous presidential official cited in a report published by South Korea’s Yonhap News Agency on Saturday revealed that South Korea is also seeking to sign off on a new arms deal with the UAE.

“The atmosphere is extremely ripe for security or military cooperation between South Korea and the UAE involving the arms industry,” the official said.

Meanwhile, on 17 November 2022, Riyadh signed a $30 billion agreement with Seoul-based companies to establish a “strategic partnership.”

In a statement, Yoon remarked that South Korea aims to incorporate national companies into projects such as the $500 billion NEOM smart city project northwest of Saudi Arabia, as well as expand nuclear energy cooperation.

“In particular, [MbS] said he would like to drastically strengthen cooperation with South Korea in the areas of the defense industry, infrastructure, and construction,” Yoon’s office disclosed.

However, while South Korea and the Gulf states are seeing greater cooperation in various fields, the relationship between the ROK and Iran has been fragile ever since Seoul stopped purchasing Iranian oil in 2019 due to US sanctions.

In addition, two South Korean banks locked between $7-9 billion of Iranian funds due to US banking sanctions, which are yet to be released. The money is owed to Iran for past oil purchases.